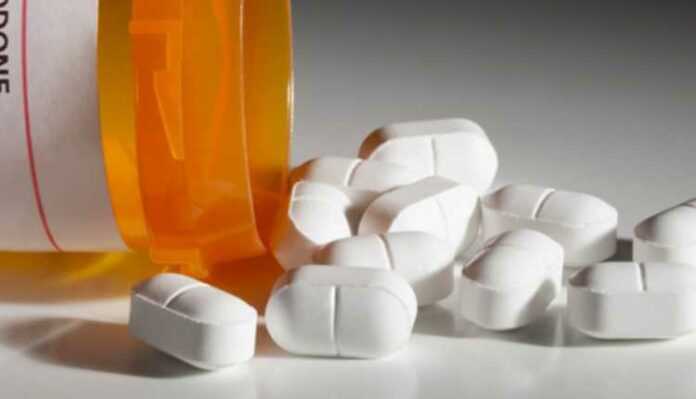 Opioids are a class of drugs which includes some illegal drugs as well as the pain killers or pain relievers prescribed by the doctors. An example of illicit opioids is Heroin, whereas Morphine is a legally prescribed painkiller. Legal, as well as the illegal opioids both, interfere with the nervous system inside the human body. These drugs are usually given to patients complaining of moderate to severe pain (often in cases of surgical procedures or chronic pain). In some cases, they are also used to treat coughs and diarrhoea. These are the reasons why they are widely prescribed by doctors all around the globe.

Since the doctors are prescribing opioids, people think it is safe to consume them, but many don’t realize the long term harmful effects which opioids have on the human body. It doesn’t matter if they are prescribed or illegally abused; they have a lot of side effects. Their side effects include constipation, nausea, vomiting, physical dependence, tolerance, sedation, drowsiness, breathing problems and many more. Statistics show that approximately 90% of the patients with chronic pain receive opioids, and 90% of patients presenting to an interventional pain management centre are already on opioids. Side effects may also include hyperalgesia, immunosuppression and many other hormonal effects as well.

The harmful effects of opioids include the following:

This is the most common side effect of most of the drugs, but it can lead to severe problems. Certain opioids are used to reduce constipation while most of the patients complain of chronic constipation in case they are consuming opioids for a long period of time. In general, diarrhoea is not really a very big problem. Still, if one consumes opioids for long periods of time, then one of the most common side effects seen in the patients is chronic diarrhoea. Now here is the thing, diarrhoea is not really a very big problem. It is a widespread side effect of many drugs, but chronic diarrhoea is a big problem. Chronic diarrhoea brings in dehydration as well, which is life-threatening. This makes the patient forced to take anti-diarrheal pills. It is seen that about 40 – 95% of patients on opioids get diarrhoea.

Also, read Why our Mothers are the Best of Friends?

A lot of studies suggest that opioid increases the number of shifts in sleep-waking states, and decreases the total sleep time and efficiency as well. To some people, it doesn’t seem to be a big problem, but it actually is. For an average person, 8 hours of uninterrupted sleep is important. If a person doesn’t get this, in one or the other way this is going to affect the brain. This makes the person feel tired during the day and anxious as well. Many feel depression (which is too a possible side effect of opioids) due to incoming thoughts during the night. This makes a person forced to take anticonvulsants, antidepressants, and sedatives etc. which again have many side effects and are harmful to the body.

This is something very important to understand. Once a person starts taking opioids, he/she initially is prescribed with a very small dose. Similarly, in cases of drug abuse, the abuser takes the drug in a very small amount which works for him/her. This is because, at the initial stage, the body is not used to with the drug. Once the person starts getting used to it, the dose needs to be increased so that it can work. As the dose increases, side effects also increases. Apart from that, as the dose increases, physical dependence also decreases.

Physical dependence is basically due to addiction. For example, a person starts smoking cigarette for the first time. The first time he will get the kick very easily in the very first puff itself, but the moment he/she starts smoking regularly, he/she will not enjoy the kick in the very first puff. Now suppose we have a chain smoker. We don’t allow him/her to smoke cigarettes. In a few days or maybe in some people in a few hours, something called withdrawal symptoms is seen. This may include itching, hallucinations and many more. This shockingly stops in case the person is allowed to smoke again.

There are many small and big problems related to hormones, but the most serious and problematic one is sexual dysfunction, usually in men. It is seen that testosterone levels are lowered 1-4 hours after the acute consumption of opioids and comes to normal within 24 hours. For those who consume opioids daily, it may create a big problem with the testosterone levels, i.e. it can lower the testosterone levels which may lead to poor or low-quality spermicidal fluid or in severe cases infertility as well.

In women, too lowered levels of LH and estrogen are seen which again can lead to infertility. Women also experience low bone density here.

Immediately after consuming the pills usually, in the initial stages, patients feel dizziness or drowsiness. Some feel tired and need to lie down for a short period of time. Some feel too sleepy as well. This makes a person think about the people who are driving. This effect is similar to that of alcohol abuse and can create a lot of problems while driving. This problem is usually only seen in people who started taking opioids recently. Once they get used to it, the body does not show such effects. Imagine a person on important duty or work like a pilot or an army officer on duty taking these pills and feeling unwell. These can create a lot of problems.

Since there are a lot of people complaining of chronic pain due to injuries or natural pains in bones, muscles etc. doctors are prescribing them a lot. They have become a part of life for many of those people who didn’t actually need them. Many people just directly consume opioids pills, even in mild to moderate headaches. Not only in the long term but even a single pill calls up for a lot of problems. To explain in simple terms, as soon as opioids enter the body, they take the place of the pain receptors in the body so that the actual pain doesn’t have a free binding site. This doesn’t seem harmful, but it is. As soon as on opioids enters the body, a lot of hormonal changes occur in the body, which is the reason why we see so many side effects out there. Not only illegal opioids abusers but even the drugs prescribed by the doctor or the legal ones must be consumed only if extremely necessary.