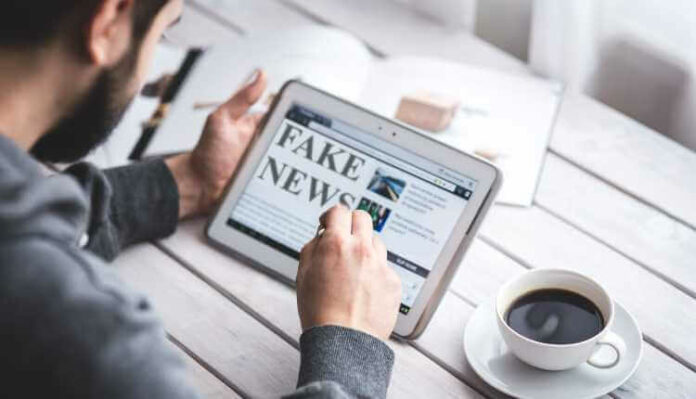 Social media refers to an interactive platform which brings together the entire community and serves as an interconnected network for sharing ideas, information, interests through various sites and applications available. Social media is a broad aspect covering users from every age group where it may be used for varied purposes such as educational, business-related, informative or spreading humour. Social media has emerged as a success over traditional forms of media such as newspapers and radio, by creating a virtual environment to bind together millions of individuals all around the world. Social media has cemented the road for thousands of opportunities such as digital marketing, blogging, business advertising, content writing etc.

According to a report presented as of April 2020, around 4.57 billion people have access to the internet worldwide, where India’s contribution accounts for 560 million internet users making it second-largest consumer in terms of the internet industry. Around 35% and 19% of internet users lie within the age group of 20-29 years and 30-39 years, respectively. With internet connectivity spread far and wide, social media users are also bound to increase every year. As of January 2020, there were more than 3.80 billion social media users who were a 9.2% increase in comparison to 2019. On average, an individual spends approximately 2-3 hours, navigating around 7 to 8 apps on a daily basis.

Communication on social media occurs through sending and receiving messages, images, videos to one’s friends and family. Nowadays, memes are gaining immense popularity on various social media platforms like Twitter, Facebook, Instagram etc. As the youth today finds it strenuous to read the newspaper, social media apps have made it easy by providing the facility of e-newspaper. Other apps such as twitter allow its users to post their opinions, ideas in the form of short messages which are called tweets. Similarly, Facebook, which is the most sought after an app with around 2 billion active users in a month, lets people post images, stories and communicate with each other through messenger. Whatsapp gives the facility of sending texts, sharing pictures and videos and uploading status on the app.

Fake news and misinformation have increased manifold, especially in India, and social media has become widely susceptible in spreading such fake news. With such a wide user market for apps in India, it is only a matter of seconds before the fake news would have proliferated to the majority of the population. Fake news on social media may be spread in the form of memes, rumours, fake audio messages and perhaps manipulated advertisements, thus distorting the knowledge of today’s youth. It becomes difficult to verify the authenticity of the information presented on such platforms, and the world still lacks the urge to conduct extensive research to have a clear understanding. The information is conveyed in such a manner that it becomes cumbersome for people to distinguish between myths and facts. The result comes in the form of forwarded messages, sharing of posts, uploading of stories and retweeting the tweets. A research conducted by two researchers at Massachusetts Institute of Technology concluded that 1 out of 8 photos that are forwarded on Whatsapp are prone to spread misinformation. They collected information from around 5000 political groups by being a part of it, and their analysis concluded that the majority of such unverified information was spread in the form of memes or photo-shopped images. India is one of the largest consumers of Whatsapp, with over 200 million users.

Fake news is a problem deep-rooted in the society which can be eradicated only through tools of digital literacy and fact-checking. People have the tendency to believe they have a predilection about and be ignorant of the truth because it is not served as per their convenience. They are skewed towards the truth only if it is entwined with superstitions. Social media rightly serves as the criteria for perpetrating such fabricated facts. According to a report from the Center for Countering Digital Hate, even after certain posts that were spreading hoaxes were being referred to Facebook and Twitter, they failed to address the problem.

However, a number of steps have been taken by these apps to curb the spread of fake news such as Facebook has partnered with BOOM and Webqoof by Quint to assess how deeply the seeds of fake news have been sown in India; Whatsapp has limited the number of times the messages can be forwarded thereby keeping control over the fast spread of fake news; Twitter also uses the tool of fact-checking and deletes dubious accounts; in march 2020, the government of India issued an advisory to these apps to contain the spread of such fake news by organizing awareness campaigns.

Social Media as Purveyor of Misinformation

India saw its first case of Coronavirus on 30th January, but it was no sooner when fake news related to this disease started spreading with leaps and bounds. WHO director-general- Dr Tedros Adhanom Ghebreyesus said: “We’re not just fighting an epidemic, we’re fighting an infodemic.” When the doctors and virologists all over the world were busy understanding the nature and genetic material of the virus and the government was busy revitalizing the healthcare system, social media saw thousands of people questioning science and governmental policies.

Fake news spread like wildfire mainly in matters related to:

George Bernard Shaw said, “Beware of false knowledge; it is more dangerous than ignorance.” It should be our utmost duty as the citizens of this country to strive and create a more responsible environment. This can only be achieved through concise efforts of government, organizations and the common man. Social media should be a place of imparting accurate and fair knowledge and information and save people from becoming easy targets of online hoaxes and misinformation.