Is Vitiligo a Disease? Everything You Should Know About Vitiligo 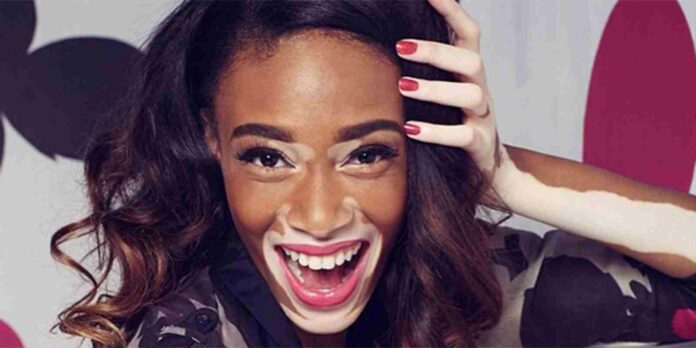 Vitiligo is nothing, but an auto immune skin disorder. It comprises of patches on various parts of body, which may or may not spread. Person is not affected by contaminated food, water or any such things. Instead it is due to the loss of natural pigment in human body. Sometime Vitiligo is also referred as the Leucoderma.

What are Causes of Vitiligo?

The causes of Vitiligo or the Leucoderma — Though the actual cause of Vitiligo is still unknown, some research has shown the cause is due to the absence of melanocytes.

There is a melanin producing neural crest derived cell, which is basically located at the bottom layer of skin’s epidermis. Hence, it functions providing characteristic colour to the human skin — the loss of this melanocytes, causes Vitiligo. Loss of pigment is due to the destructive pigment forming cells, which is nothing but, melanocytes. Thus, the research and studies have stated the cause of Vitiligo is due to the change in immune system.

Some researches also indicate that it might be due to the genetic susceptibility or due to the family history (past with Vitiligo.)

Who gets affected by Vitiligo?

Vitiligo does not have a proper age for its occurrence, people develop Vitiligo at any age, usually it appears between 20-30 years, in some cases it is seen at earlier age. Mostly people with auto immune diseases are likely to have Vitiligo, Whereas people who do not have any auto immune diseases are having less chances of getting Vitiligo. It is said it might be due to the family history — if anybody in family has Vitiligo, then child may develop Vitiligo. There are exceptional cases, sometimes child gets Vitiligo even if nobody in family has or had Vitiligo.

Area of person’s body exposed to sun, has most of chances of developing Vitiligo. Body parts like hand, feet, lips, face, arm, around mouth, rectal areas, navel, genitals, nostrils and other parts are likely to have Vitiligo patches. Body parts affected with Vitiligo may also turn patients hair white or grey in colour.

What are Symptoms of Vitiligo?

There are several symptoms of Vitiligo, which include:

What are Treatment for Vitiligo?

Vitiligo does not have any proper treatment to completely wipe-off, but some medical creams prescribed by dermatologist may stop the spread of Vitiligo. Some skin doctors also recommend UVA, UVB Light therapy and Puva Treatments.

With the advancement Science and technology, the surgical options are also available where the area affected with Vitiligo is treated by removing patch from other part of the skin and applying on to the area affected with Vitiligo. In case of surgical treatment, the Doctors take out skin from particular area of the body and attaches to affected area. Usually patients with small patches of Vitiligo prefers surgical options.

Treatment of Vitiligo with the help of Beauty cosmetics — Some people with Vitiligo depend on makeup to hide the patches and cover it with makeup or any beauty-cosmetic product and sometime tattooing on particular affected area, but sometimes it results leading to another patch of Vitiligo.

You should be aware that the choice of Treatment depends on point like: What is the patch size, number of patches — because treatment is not good for each, some may deal with side effects. Sometimes treatment does not give good result, or no result or it takes too long time for showing up the result.

How the Vitiligo Diagnosed?

Vitiligo is usually diagnosed by dermatologist by conducting physical exam, Dermatologist usually ask questions related to family history and if anybody in a family has or had Vitiligo since the Vitiligo can be due to heredity as well.

The Dermatologist may ask and checkout if you have or had sunburn, rashes, or any other skin problem before the patchy appearance of Vitiligo. The question may arise if you deal with any physical illness or stress. Sometimes they prefer blood tests or eye examinations.

How to deal with Vitiligo?

Firstly feel happy, remove stress, don’t be depressed. All you need is a good support from your family, your friends, colleagues, also from your doctor. Deal with it, stressing about it may result in increase of Vitiligo, so avoid it. Believe it you are not bad – there is nothing bad or shameful if you are having Vitiligo. Do not fear, feel free to move out.

Chase the world as others, relax and find out a suitable doctor for the treatment, do not expect too much from treatment, you may or may not get cured with the particular treatment. The patches may stop spreading or may lighten up. People with Vitiligo goes under depression, do not think much — Believe it, the only difference is in the appearance, even the normal people differ from individual to individual.

If you are unable to boost up your confidence, you can depend on cosmetics and makeup to hide the Vitiligo patch.

What research says about Vitiligo?

Scientists have developed understanding the concept of Vitiligo, which also includes subject — gene research. Some researches are investigated by scientists which includes: How stress and trauma affects Vitiligo development and development of new patches on body. They are finding end treatment of Vitiligo, currently there is no end treatment, and no actual cause has been found. Research stated, Genes causing Vitiligo, hence genes analysis has already been stated as one reason for Vitiligo development.

What are common Myths about Vitiligo?

Believe me, Some dermatologist have created awareness regarding Vitiligo to patients and to the society, but still some people in this society are the reason for depression and stress in person dealing with Vitiligo. Those people are just lowering self esteem. Thus, there is so much about Vitiligo which people should know and stop under estimating the person dealing with this skin disorder. Some believe that people are born with patches on skin because of parents with different ethnicity — But the reality is ethnicity of parents have nothing to do with child having Vitilgo.

People have came across believing Vitiligo patients develop serious diseases like skin cancer, leprosy and some other diseases – But actually Vitiligo has nothing to do with this serious diseases. It is just an auto immune disorder, which does not produce cells producing colour in skin where there is no connection between the Vitiligo and skin cancer or leprosy.

Food choices increases or emerges Vitiligo – Well, it is not at all affected by food and beverage choices.

Vitiligo is contagious — It is the biggest false belief. People ignore Vitiligo sufferer for no reason, it is just they have different skin appearance. And hence it is a skin disorder – an auto immune disorder it is not at all contagious. Vitiligo people came across problem dealing and facing society, crowd, they face issues related to marriage, job and others. These myths have just created wrong impression on Vitiligo. Start creating awareness and start believing the fact instead of myths.

It is the society – Each one of us; We should develop the understanding about Vitiligo, Person with Vitiligo should not be avoided or ignored, they experience stress, undergoes depression because of this false belief and behaviour. Why anyone should suffer due to the skin disorder?

Yes, if you are a Vitiligo person, so am I – You are not lesser then another human being, we stand at same place, we breathe same air!

Winnie Harlow, Famous Vitiligo Model is being a inspiration for the Vitiligo person — No skin disorder can stop you from doing and gaining anything good.