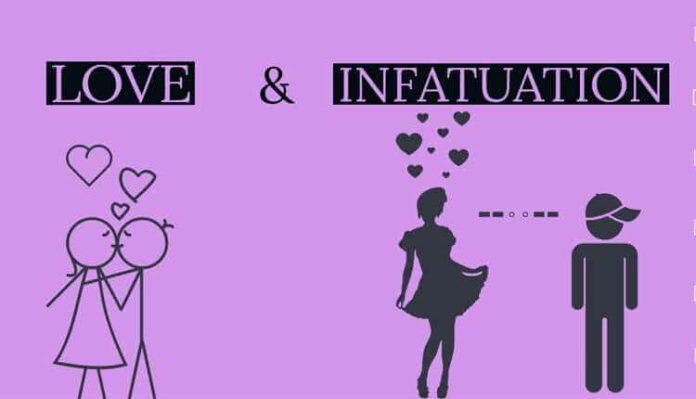 “Love is a beautiful feel, not everyone is lucky to have the success in finding the true one.” the mentioned quote signifies what role feelings and emotions play in an individual’s life. How far an individual understands it’s true meaning and values the relationship defines their true state of happiness and contentment. Being in a relationship with someone is not a difficult task to follow, carrying compassion and long-lasting feelings for someone to be one is the true definition of love. On the other hand, infatuation is the feeling of attraction that has a short span and uncertainty, with no aim of longevity and respect for the other. The feelings of love, likings, infatuation are something that is not in the control of human beings. Generally, these feelings can develop at any stage of life; still, it has a deep impact on the life of youngsters. Since they are keener to have social sittings and get-togethers, having a tag of being in a relationship is something of a big achievement for them.

Love, as stated above, is the feeling of rejoicing and reunion with the person having deep attachment and that attachment grows with time. It is the selfless devotion strengthened with time. Love works on the principle of trust and understanding. The trust is the belief that the person concerned will never leave or ditch the other for one or the other reason.

Love is liking, and liking is followed by attachment and compassion. It never works on ifs and buts and neither on any theory or formula. It is a divine blessing and serene tranquillity to understand the deeper self of the other. It never follows bodily love, but it depends on the heart to heart attachment involving responsibility and understanding for each other.

Following are the Principles of Love:

Like love is the feeling of connection on the contrary lies the term Infatuation. It is what Love is not. There is a huge gap between being in love or having infatuation for someone. “Infatuation is a mixed bag of feelings which leads to briefness and only admiration.”

Infatuation is the feeling of uncertainty and temporary relation that is based only on physical attractions, likings, and interests. Like love is the acceptance of imperfections, infatuation focuses on perfections. Only the best part of each other’s personality is shown. It has nothing to do with trust and truth. It only focuses on emotional, sexual satisfaction that has no surety to be strengthened with time and slowly and gradually, it fades with the time. It is based on sexual desires and physical attractions.

We’ve covered in detail the difference between Love and Infatuation.

Love or Infatuation: Impact on Youngsters

Feelings are the most important role player in the life of an individual. Emotions, positive or negative, always have a deep impact on the mind and soul. Especially teens or adolescents face many emotional as well as social issues in terms of making relationships, whether short-term or long-lasting depending upon the situation. Mostly in many cases, these relationships are only short-termed as they dealt not with understanding emotions but only pretending them. They focus on highlighting themselves and hiding their flaws. And this is the one-sided liking based mainly on looks and interests. These relations are usually unrealistic and short-lived. It changes with time and can last mostly for four months or so.

Adolescence is the age of new developments and growth in the body. Various hormonal changes develop in the body. Attainment of physical growth, i.e. puberty, body growth, etc. brings with it various emotional and psychological changes as well. Feeling for someone is a very common nature of human beings, especially when a person hits their puberty. But this is a more intense feeling followed by the interest of compassion, romance, attraction, likings, etc. among the youngsters who are still not aware of the pros and cons of entering into any relationships. These relationships never give them a sense of security but feelings of jealousy and stubbornness to fetch the tag of having boyfriends or girlfriends among the peer groups and social gatherings. Sometimes these feelings can create lots of issues among the peer groups as similar feelings can develop by the other for the same person. These feelings, when not accepted, can cause the “gap” between the youngsters and their parents or whoever tries to counsel them. Teenagers generally feel that parents/elders cannot understand their feelings, and they term it as a ” generation gap”.

These insecure feelings are never secured until the true meaning of love is identified and expressed. They have more risk of being sexually exploited by one, or many and girls have higher risks of falling into the wrong traps. These kinds of sexual exploitations are more or less because of the fake promises that youngsters usually give to each other in their relationships. This happens because of intense feelings that are ungrown and immature. These wrong judgments are always harmful as they involve risks of life.

Youngsters move little forward to make decisions quite early, not knowing the after-effects of it. They face parental disapproval, breakups, emotionally and psychologically broken, shattered dreams, etc. They usually fell into wrong and misleading policies of sextortion. The gap between fantasy and reality is always wide. What is more beautiful and eye-pleasing is in itself can be very dangerous for them. They share their privacy, i.e. their pictures, videos, or media files on social media without knowing the authentication of the person concerned. In turn, they are blackmailed and may be given threats which leads to a complete breakdown of their life. This can happen with either of the male or females. These honey trapping techniques are very common these days to lure and blackmail in return for exploitation physically, psychologically, emotionally, socially as well as financially.

The statement of butterflies in the stomach and the feeling to be at the top of the world is very common when one meets a person who can be his/ her life partner, but sometimes these things have to be left for the time and fortune to decide. Love is no doubt a feeling of warmth and security, trust and establishment, but still, it is a mystery for those who have never achieved the lucky yes for its continuity. The aim must be to accept the flaws and to work on it to improve rather than to go for breakups and ends. Relations are beautiful only if followed by respect, trust and understanding.