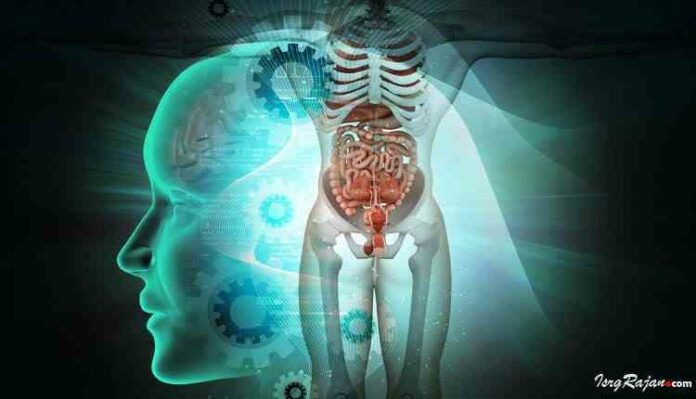 Ever wondered which is the biggest mystery to have walked on the earth? No, it is not dinosaurs or any prehistoric creatures. You need not venture far to find an answer, look at the mirror. Yes, the human body is like the most mysterious creature out there, the human body and many of its functions has confounded scientists and researchers for ages.

The appendix is a vestigial organ whose removal does not harm the human body, but however it exists in our body still. Some say it helps in strengthening the immune system during fetal development but not yet any consensus on this. Likewise, tailbone and coccyx, wisdom teeth are also some mystery. Whether they are rudimentary, evolutionary or ancestral. It is unclear. But the pain inflicted due to these organs is excruciating and unbearable. Similarly, why do we sleep? They say for the relaxation of our brain after a heavy work throughout the day, then the question arises “then why the brain active during sleep?”.

Also ever wondered “why do we dream” some says it reflect your feelings, desires/fantasies and may help in forming memories but the exact cause remains unclear. For every cell in your body there are 10 microbes. These microbes help in the protection of the human body from foreign agents, it plays a major role in several metabolic processes and provides nutrition. But why these many number of microbes in a human body and what exactly their role again has to be unraveled by scientists. How about these different types of blood groups, no, sorry along with the ABO blood group there are 29 others too most common being the Bombay blood group common in the few families of Japan. Why the variation? Why the mismatch in blood transfusion causing vast damage? All remains an enigma.

The brain and the nervous system are another riddle that scientists are yet to prove. How does the brain work so fast? Does it work single handedly or depends on other organs for its smooth functioning? with the help of brain imaging, we know certain things, but the things we know are just the tip of the iceberg and the pursuit to understand the brain and its functions seems like a long endeavor. How is it that remembering the taste of the pie your grandma made? Or the way to your home? How does the brain know exactly what you want? Where are these memories stored? All these are still astonishing the scientists. Why do we yawn? The answers lie from oxygen intake to boredom and drowsiness. But yet there is no validity in these theories, but we sure know that yawning is contagious by the time you finished reading this, you might have yawned as well.

Adolescence is the onset of that period of our life which brings about physical, psychological and biological changes in our body. Experts say that this is to develop the brain for the responsibilities that awaits you. If so medical experts are not able to explain why we humans take so long to mature physically to overcome the obstacles and responsibilities in our life. That brings me to the mystery of blushing. Why do we get tummies full of butterflies when facing a difficult or why do we turn red, heat raises up in the cheeks or blushes when someone compliments us or something really embarrassing takes place.

It’s still an enigma to the science and no matter how hard you try these actions are involuntary and we have no control over it. Humans are the only creatures that produce emotional tears. Why do we cry when we are sad or emotional? Mystery though. What tells you not to accept that job offer or whether a particular thing is wrong or not. Yeah, instincts. But what are they? Some say it is the sense of perception, contemplation and unconsciousness. This does not hold true for all the beliefs, thus instincts are a theocracy.

Have you heard of Deja vu? It is the feeling that the situation currently experienced is experienced in the past. It’s a spark of memory of the place that has been in the past or the person that you have seen or an action you have done. Astonishing! It’s still a mystery, though. The biggest mystery of the human history is the individuality. The crazily unique identity of each individual is still an obscurity. Along with identity the finger prints also remain a theocracy. The ratio of the identical finger prints is 1 in 64 million and why not, even the identical twins with all the identifying features and organs their fingerprints remain unique too. Scientists are still scratching their head to know the theory behind finger prints. Have you ever been jolted awake from your sleep or had a falling feeling. No, you are not weird there are plenty of companies for you. This so called hypnic jerks reported in people with lack of sleep also remains an obscurity for the science and research.

Nothing is more intriguing than the mystery of the human body. Even with full of scientific breakthroughs and modern technology the human body is full of mysteries. The processes and occurrence were, are and will always remain an inevitable part of our life and for survival. We just hope that someday science will provide us with and keys to unravel these mysteries of the human body that has not only puzzled scientists but also each individual.