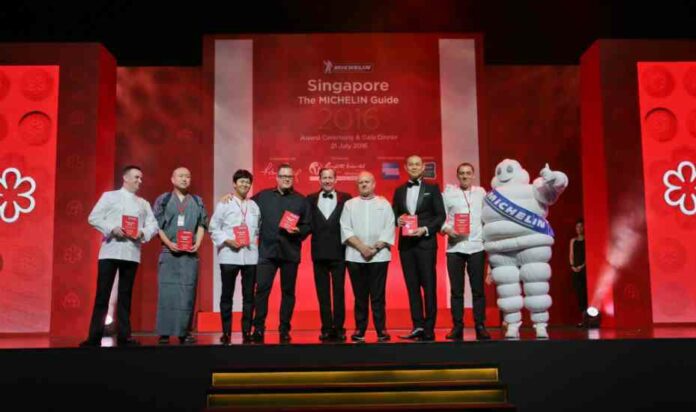 ‘Langar mein kaam karega’ Chef Ranveer Brar’s father often teased him with these words. That is surprising because of the position that he has reached today. He is counted among the best Indian chefs and even his tall physique can’t match up to his astounding feats. The good news is that he is just one of the many chefs cooking up a gastronomical storm in the kitchen.

They are redefining the food culture in the country. With the inception of reality shows like Masterchef Australia and it’s Indian counterpart the trend is catching up like wildfire. There are many prominent names in the circuit. These modern Indian chefs have tackled the notion that it’s a feminine job really well.

We are not particularly oblivious to the International Cuisines instead, we want to firmly establish our cuisine in the West countries. From the immemorial time we have believed in cooking the food delicately and mastering the art of dum or pressure cooking where Portuguese taught us the art of making chena, which we Bengalis took under our stride and created one masterpiece after another.

In this blog post we will talk of the Indian chefs who have mastered in the art of cooking and delivering a great taste of Indian cuisine.

Gautam Mehrishi and Ranveer Brar embarked on a royal journey to the famous dynastic families of India and it is completely soaked in the luxury. In the course, they discover many secret and signature recipes of these erstwhile princely states.

For another show, Chef Kunal Kapoor travels relentlessly to bring out never before seen recipes of pickles. Chef Ajay Chopra explores the northern flavours of India savouring on the intricate details. He triumphantly creates the exact dishes from the heartland.

Chef Pankaj Bhadouria, the winner of MasterChef  India Season 1 has many a trick up her kitty. She shows us how to go about when the budget is tight by cooking each dish in a meal within a hundred rupees.

Chef Saransh Goila is known around the world for his version of the butter chicken. For those who live under a rock, it’s a chicken dish strewn in tomato gravy and garnished with cream and butter. He was also the guest judge at the recently concluded season of Masterchef Australia.

Michelin stars are a grading system used to evaluate restaurants based on their quality. They are presented or awarded by the Red Michelin Star guide. Well, for its popularity I would say it was a trend that caught on. Regardless of their size, many restaurants have made it to the Michelin guide some of them are helmed by Indians. In this article, we are celebrating the Indians who won the Coveted Star. Some names will certainly surprise you.

Names of Indian stalwarts and chefs who have won the Michelin Guide:

He was the first Indian to receive a Michelin star in the year 2001. At the time when we were just opening up to cuisine world, he made us proud by serving our own cuisine at the International forum. His Zaika notched up the top culinary prize. He managed to do it again by winning another Michelin star  guide in the year 2009 in Rasoi.

The top spot is tied; I mean we have another contender, the first Indian to receive a Michelin star. He too achieved it in the same year as Vineet Bhatia. He too made it two-folds, by receiving the sought after award for Benares in 2007.

Alfred Prasad is the youngest Indian to win the Michelin star at the age of 29. At an age when we try to seek desirable jobs, he was at peak of his career. He made it to the guide for his restaurant, Tamarind.

Another man, same feat. He won the award for his restaurant Amaya in 2006. He retained the star for many years. Amaya, the London based restaurant serves modern Indian food to its happy customers.

The only South-Indian in the list so far, is a far-fetched visionary. He too has an elaborate list of achievements. He won the Michelin star for his restaurant Quilon in 2008. He is quite respected among his peers.

Vikas Khanna, who doesn’t know this name? His name is synonymous with Indian cuisine globally. He is a force to reckon with. From his Tedtalk appearance to Masterchef Australia stint, he is a recognised face around the world. He also appeared in one of the episode of Kitchen Nightmares alongside to Gordon Ramsay. He received the Michelin star for his restaurant Junoon and he is also voted as the sexiest man alive.

Manjunath Mural is a reputed name in the field of cooking industries. Currently, he is serving as the chief chef at the The Song of India restaurant based in Singapore. He has won several national and international award for his art of cooking. He is known for his simple yet complicated recipes.

Gaggan Anand is an Indian chef born in Kolkata and currently serving as the executive chef of his multi-national based restaurants in the country Thailand. He made an appearance on Masterchef Asia and recreated one his signature desserts.

The only Indian woman who made it to the list. In my opinion the most hardworking among the all. This wasn’t her initial career choice and she pursued journalism to eventually making it big in the culinary world. She has worked with some the of the most notable names in the business. She made it to the list for her Bangkok based restaurant Gaa.

The names furnished above are not merely names of Michelin star winners from India, they are a living proof to the testament that Indians can reach any heights if they desire to.