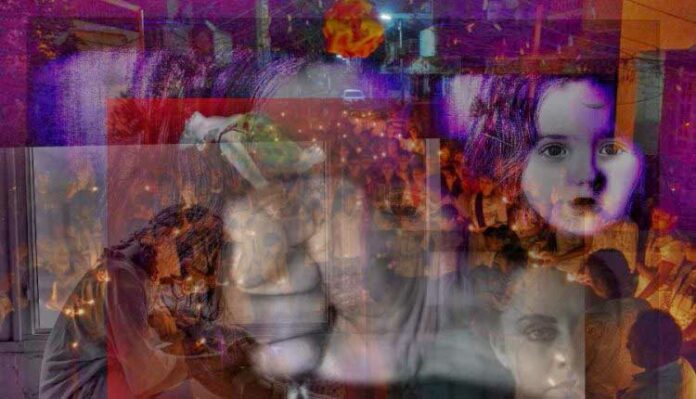 Once there was a girl, 5 years old, happy with her innocence, but then she was abducted by her uncle and got raped. End of the Story.

There was once a girl age of 12 and she was coming home from her school. There on her way she met a guy from her neighborhood who built some story about the girl’s mother and took her to a secluded place and raped her. End of Story.

Once upon a time an 18 year old girl was hanging out with her friends. For some-time, some guys had eyes on her unknown to her. After parting with her friends she got kidnapped. Got raped. Got killed. End of Story.

Once there was an old woman about 65 years old, she was going home after her gathering at church. There some guys took her away and raped her. End of Story.

Above stories really doesn’t have an End. They are tragedies which lasts the victim’s life, if not murdered. They are not stories, they are reality. Cruel and absurd reality. Which we hear every day, say “oh my god…”, would might discuss it for 3 or 5 minutes and then forget about it. And we know only the story of how the rape happened. But we do not know the story after that. And we only know stories that are reported. Cause thousands are not reported.

There’s a quote used in many books: “A person can get used to anything if given enough time.” This quote has happened to us. We all have gotten used to hearing about rapes every day. It shows how shallow we all have become. Forgetting about things which happened to those girls and how it affects not only them, but also us and the whole world.

Rape is a crime, brutal than murder, torture beyond any third degree (for life), heinous, disgusting, life-sucking, every word bad enough for it. Except f*ck as it is the very essence of it. It has taken over not only in India, but the whole wide world. Just see top ten countries with rape on the net and see the stories of them for yourself. India is in 4th place in it. Rape is said to be 4th most common crimes against woman in India.Rape should be the first on the list because less than 10% of the crime is reported. As to, why not reported, everybody knows some reasons to some extent. Fear, humiliation, pressure from family, prejudice, loss of reputation and won’t get married, etc. But say even though not reporting would the girl will be able to live like she used to and especially in India. And why should she even report? When the system of justice itself is raped. Raped by those officers, doctors, politicians and by those who actually do the crime. So, what the girl can do?

In 10th standard a female teacher said : “One of the reasons why rape happens is that now a days girls are wearing inappropriate western clothes.” At that time my first thought was “How could she think that?” But now it’s “How could a teacher think like that?”

“Change and revolution are the rules of the world.”, and one whose job is to teach about change should not think like that. India has changed a lot since freedom and so, has our clothing. India is a free country so are its people. Every woman should be free to wear to her likes. And if men can wear western clothing why can’t women? It is certainly not the reason why the rape happens. Most of the criminals don’t have any particular preference or a pretty target. So, why does rape happen? What are the causes?

The most common reason for a man to Commit Sexual Assault on a woman is to prove that he is above women. The Feminist Susan Brownmiller’s statement says: “Rape is nothing more or less than a conscious process of intimidation by which all men keep all women in a state of fear.” It’s not that they have any sexual desire or anything. It is just a way to prove his masculinity. All just for self-gratification. Then again what to expect when millions are watching rape on their mobile. Some might have a fetish for it. Watching rape may not be the main reason for rape, but it surely does encourages therapist. Where does this fake sense of masculinity come from?

It is the way boys grow up. Way Indian parents grow up their children. Where the girls are always considered less than boys. Not only by men, but women also. Hence, since little age, it fits into the boy’s mind that he is above girls. The fake masculinity and pride grows as the boy grows. And then when a woman defies this type of men, she gets assaulted. Other causes are domestic violence, environment around rapist, psychological reasons etc. It is not skinny or less clothes, but this sick mentality which is still being installed in an Indian boy’s mind. And this mentality continues even after the crime is done. “He’s man this can happen” by rapist’s family and “We can’t reveal it!!” by the victim’s family.

Millions of cases in India are pending. There wasn’t even a law for rape until Nirbhaya happened. Law enforcement cannot totally prevent these crimes. It has to be ripped from the core. We all know how doing it. Gender equality, women empowerment, change of mentality, etc. But this all should be done in new ways. Gender equality is to be taught when children are children. Kids and teenagers should have ‘Birds and Bees’ Classes, Sex Education. Justice for women crimes should be given by women. An all women’s justice department for crimes against women. And justice should be served quickly and desecration for women should be made possible. Women empowerment should be done by women and men both. Not only through NGOs, rallies, events and such. But by religion. India is a religious country. A religion in which women are worshipped. In every holy and religious event ‘respect for women’ should be spoken aloud. All educated people should have knowledge of these crimes. Cause having knowledge only can help. Just 5 minutes on Google. And still many more different ways. Change can be achieved if tried hard enough. It might be late for us, but it’s not for the generations coming after us. Slowly change can come and a better world shall be created.