Scandals and Their Importance in Personal and Public Life 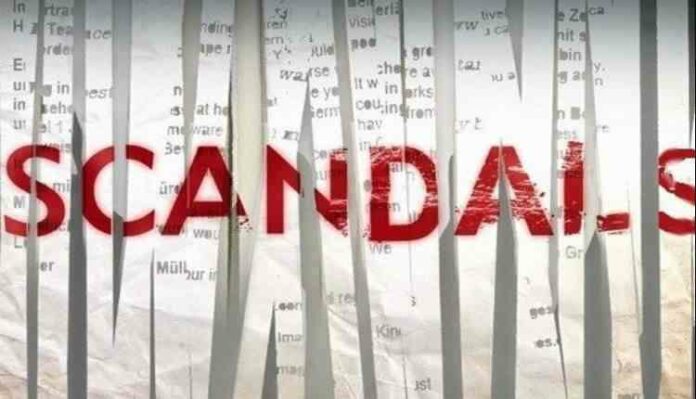 Any activity or event that seems to be morally or legally wrong in the eyes of most of the people is often termed as a scandal. Scandals are often associated with people who relating well known as higher status in the society to higher expectations of the common masses for a clean character and clear track records. Any events that try to obstruct the smooth flow of one’s life immediately are scandalized and talked upon. Scandals often reveal the realities. It is true that whatever we see of a person is a truth which is always lesser than the reality.

Indeed eyes don’t see what the mind reads and this is true with respect to the scandals. We may at times be buffed with what we see but our conscience always grasps the reality. In my opinion, scandals are definitely useful to comprehend the true nature of people since they focus our attention on matters better than any other means.

Firstly, it can be observed that although there may be a varied spectrum of opinions about a person, we get to know the true character by evaluating the scandals that are associated with that person. It may so happen that a certain group of people, although small in number, may constantly support a cause, but if globally, it is destructive, then rather than reforms and speeches, scandals may certainly open the eyes of the followers who are blindly following the wrong path.

Moreover, as fame approaches a person, there is a natural tendency to be influenced by the fantasies of a flat world and the realization of the realities is lost. In that state of mind any type of suggestions may not affect the thought process of a person. In such situations, it is only certain scandals that may bring the person, viz-a-viz with the reality and restore humility. Immediate fame is dangerous indeed and may cause near and dear ones to be distanced. Scandals often restore humility in people. Incidents like these are always an alarm for all to be humble and sincere in our approach.

On the other hand, it is important that there is intellectual understanding of events and reforms must be initiated such that people are educated and kept away from living a life filled with flattery people all around. Excellent speakers, through their thundering speeches have always tried to bring enlightenment among the masses. Several reformers have succeeded in reforming and reshaping the life of many people who had lost their track. But the acceptance of an advice rests with the listener. For a majority of them, actions do speak louder than words.

Therefore scandals can teach a better lesson for life rather than words of wisdom. A good advice may be turned down or refuted, but a bitter experience resulting from a scandal cannot be refuted for sure. Humility and sensitiveness are excellent virtues, but for a person engulfed in a falsified world, a scandal is a chance given by life to get back to track.