The 10 other Adoption & Books on the Life of Rani Padmavati 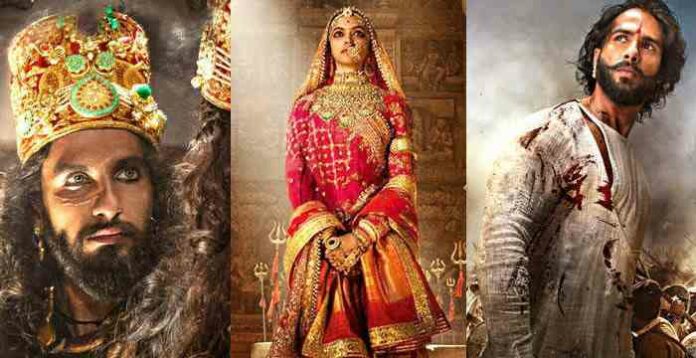 The upcoming movie title ‘Padmaavat’ is based on the epic poem which is written by Sufi poet Malik Muhammad Jayasi in 1540. It is based on the Queen Padmini or Padmavati, who is known to be performed jauhar or self immolation to protect her honor after her husband killed in battle and to protect herself from Sultan Allauddin Khilji who was enamored by her beauty. The pre releases of the movie had witnessed a lot of controversy from certain groups for showing factual errors. However, amidst controversy the film is all set to release in the end of January. Also to mention it is also one of the most expensive Bollywood Film.

This version was said to be composed in the year 1589, was the tale of Rani Padmini and two warriors Gora and Badal, who were uncle and nephew and served in the court of Ratan Sen of Chittorgarh.   Gora Sonegra who came from the ruling family of Jalore was the maternal uncle of Rani Padmini and said to fight against Alauddin Khilji to rescue Ratan Sen in the battle. When Alauddin Khilji want Padmini for Ratan liberation, the Gora Badal disguised as Padmini in the palanguin to fight in the battle. The story is known for courage and valor of Gora and Badal.

This is the Bengali Adoption of the life of Rani Padmini and the battle of Chittor. In the story Bhimsinha marries Padmini from Sinhala and brings her to Chittor. Here when Alauddin learned about Padmini’s beauty his urge to obtain her. In first, Bhimsinha  surrender his wife to Alauddin to protect Chittor which was refused by other Rajputs. The story also depicts the courage and valor of Gora and Badal, who fought in the battle against Alauddin Khilji to rescue Padmini’s Husband Bhimsingha

3) Annals and Antiquities of Rajasthan by James Tod

Most of the other compilation of the life of Rani Padmini is based on James Tod Version, where she gets married to Bhim Singh and was the princess of Ceylon. The story that when Alauddin want Padmini in return of Bhim Singh, who was captured in the battle she tricked him as the palanquin carried her was filled with soldiers rather than her, the Gora and Badal who fought bravely in the battle against Alauddin Khilji.

All the other adoption that based on the life of Rani Padmini is base on James Tod account. This is a drama that was written in 1906 is another Bengali adoption on the life of Rani Padmini. The play is not much different from James Tod version and Rajkahini as the plot is same like them like how Alauddin Khilji was fooled as when he asked for Rani Padmavati, it was not her but the soldiers in disguise enter in her palanquin to fought the battle.

5) Rani Padmini the Heroine of Chittor by BK Karkra

The most recent book on the life of Rani Padmini, which describes her profoundly her life and beauty. Not only her beauty it also describes her bravery and intellect. This book is for history lover who is very keen to know the life of the queen and is very well described and written. It also gives the glimpse of the society and culture that was prevailed during that period of time in history

6) Padmini: The Spirited Queen of Chittor by Mridula Behari

This is the most recent work of the life of Queen Padmini. The book is narrated from the perspective of Rani Padmini, who had performed jauhar or self immolation to protect her honor. It also describes the life of that Rajput kingdom. In the book Rani Padmini provides support to her husband Ratan Singh not to surrender to Alauddin Khilji and two fought bravely, but when they fail to win she choose the path of jauhar.

7) Padmavati: The Queen Tells Her Own Story by Sutapa Basu

Amidst controversy this book is one of the most enthralling books as it describes journalist Mrinalini, who was on a mission to find the root and a story of Rani Padmavati. One can easily get fascinated by the way the book was written, when the journalist tries to find out the existence of the controversial character of Rani Padnavati. You will also get introduced to a talking parrot Ginni, in her journey.

This is also one of the most recent books on the life of Rani Padmini. Anuja Chandramouli is one of the best selling author and her book is specialized because of her storytelling. The book started with Alauddin Khilji capture the throne by murdering his uncle Jalauddin Kjilji and set to become more powerful ruler of the country and with his eye on the Rajput Kingdom. The story also describes the beautiful queen Rani Padmini, who was brave and courageous and could do anything to maintain her dignity.

An Armald Webb book on the life of Rani Padmini leaves several questions for the reader and write it with a different perspective. Arnold Webb was a historian and this book is presented in a unique way. The beautiful queen Padmini of Chittor was brave enough to self immolate to protect her dignity. There were also several incidents that had been taken place during the era. This work can be described as best to know the story and life of Rani Padmini during that period.

This book is the scholarly work on the life of Rani Padmavati. The work is the winner of Winner of the 2009 Ananda Kentish Coomaraswamy Book Prize. The book is a compilation  of class, caste, politics and gender of South Asia and also how early modern regional elites, caste groups, and mystical and monastic communities shaped their distinctive versions of the life and tale of Rani Padmini. No doubt this is one of the most recommended book.