The Importance of Silkworm in Indian Culture and Economy 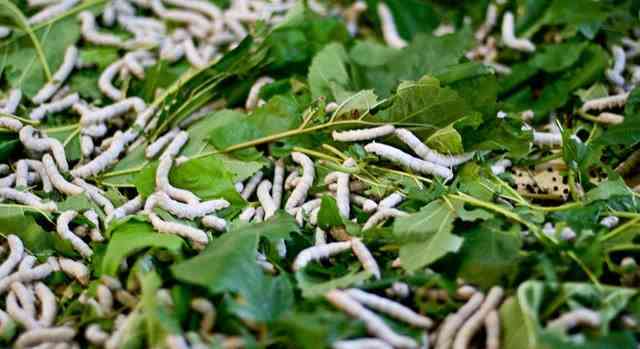 Silk is a fabric which was once synonymous with luxury. Rightfully so, for there could be no material as smooth, comfortable, pretty and shiny as silk. And you can wear it during all sorts of weather! It is also one of the most potent natural fibre. It finds its use in parachutes, blanked filling, surgical sutures and even bicycle tires! It could easily be said that silk became one of the links which brought Ancient China and the world together.

The world was just as big as it is now (with slight differences because the only constant is change itself). Though now, there are various ways of consorting with people from other nationalities and ethnicity. Namely, the gadget you are reading this article. But anyway, once the world was too difficult to navigate easily. In such a world Silk Road emerged as a form of the global economy. It stretched from China to Korea and Japan in the East, China to Central Asia to India in the South and to Turkey and Italy in the West. The concept of the Silk Road was given by German geologist Baron Ferdinand von Richthofen. The word is now almost a metaphor for the cultural exchange between Europe and Asia.

Do you know what Sericulture is?

Sericulture is the process of silk farming or cultivation of silkworms to produce silk. Silk was first produced in China from where it spread all over the world. Now, along with China, India is one of the leading producers of Silk. In India, silk plays a vital role in not just day to day life but also culture

Since the ancient Chinese were possessive over the secret of Silk, many wars were fought over it. You can guess the importance of silk in those times and even now! Ottoman Turks, Persians, English and French. Every culture added something to it. You could find bandannas made from Indian silk around the necks of American cowboys in the west. Just imagine the impact.

Wild silk’s traces have discovered at two sites near the Indus river. Harappa and Chanhu-Daro. Historians or archaeologist claims them to be as old as 2450-2000 BC.

India produces all five types of silk. Namely, mulberry silk, tropical Tasar silk, oak Tasar silk, Eri silk and Muga silk. Muga silk is characteristic of India. Unique and pretty to look at. The type which makes you wonder if heaven exists. Because most of the religion in India (namely, Hinduism, Jainism and Buddhism) does not allow for the murder of any animal, the moths are allowed to hatch. It makes the material shorter and coarser than its Chinese counterpart. Thus, silk produced for commercial and religious purposes is of two different types.

Silk came in demand in ancient India. Much of the credit goes to the royal families and temples of India as well as the merchants coming to India. The old centres of silk trading and making are situated in Gujrat, Malwa, Delhi, Lahore, Agra, Fatehpur Sikri, Varanasi, Mau, Azamgarh and Murshidabad. Akbar, the then emperor of India, brought Gujrati weavers to the royal workshops. He also took an active role in the development of the textile industry. Thus, he cited a significant transformation in the weaving industry. The result was the beautiful and an extravagant fusion of Persian and Indian design. Because silk is more absorbent than other clothing material and wraps around the body well, is fire resistant, is more flexible than nylon, rot-resistant and is comfortable, it is used as a material for a sari in India.

You might also be interested in Best Ideal Cities In Every States Of India For Living And Working.

Silk comes from the cocoons of silkworms, the larval stage of moths whose scientific name is Bombyx Mori. To derive silk from these creatures, they are killed by steaming or boiled in hot water. All of this happens when they are about ten years. All before they can undergo the process of metamorphosis. Because of this or to be precise, because of the sacrifice of silkworms, Silk is thought to be a symbol of purity. It is often used for religious purposes like burial shrouds to lay the graves of Sufis in the Muslim culture.

Sericulture also provides employment and is a massive source of income for Indians. A farmer can sell the cocoons in the market for about rupees 300 a kilo. The price of raw material for silk is high, too. It could be sold from rupees 2,400 to 2,800. It would not be an understatement to say that silk production has become a vital pathway out of Poverty. NGOs such as P.R.A.D.A.N. (Professional Assistance for Development Action) provide income and training to women and men. They teach those curious minds about advance techniques and ways to rear and sell silk as well as silkworms. For farmers, silk is a brilliant prospect. It eliminates the uncertainty of whether the weather would allow crops to grow and develop. If any natural calamities or anthropogenic disaster would jeopardise their only source of income.

Sericulture comes under the Ministry of Textiles in India – it recently took the initiative to promote it- these are stated as below: