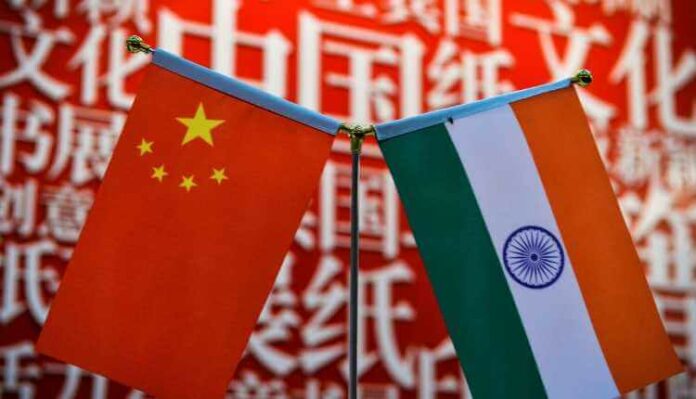 Recently twenty unarmed Indian soldiers martyred in the clash with the Chinese troops while keeping a casual check on the Chinese troops in the Gallowan Valley of China-occupied-Ladakh. India-China’s relations are getting worse day by day. The two countries are neighbours sharing their cultures, religion, faith, and some beliefs in common. Still, they have lots of differences on those they don’t agree at all and get violent.

The sovereignty of a nation is its pride and self-respect that can be one of the significant reasons for which two or more than two countries fight and many soldiers sacrifice their lives for their countries. South Asia is witnessing this thing during the pandemic situation. India-China is the latest example. As always, the border issues, expansionist policy of a country, aggressiveness, authoritarian rule, and intolerance to other nation, are seen in this context as well. There are some historical reasons and examples of rivalry between both these countries.

When China captured Tibet, India granted refuge to Dalai Lama, the spiritual leader of Tibet, with his followers. It resulted in growing tensions between India- China despite having many diplomatic talks. And from then, China tried to isolate and defeat India purposely by capturing its territories and by misleading the other neighbours. Such as Pakistan, Nepal, Sri Lanka, and Bangladesh.

Also, read the Consequences of shock therapy in Russia in 1992.

Post-independence India faced many challenges regarding border disputes with its neighbours such as – Pakistan, China, Nepal, and Sri Lanka, etc. some were resolved peacefully by signing mutual peace agreements and diplomatic tactics while some resulted into a warlike in the year, Indo-China border disputes (In Ladakh region and Sikkim region). China attacked India on October 20, 1962, with a force of 80000 troops in comparison to India’s 10000-20000 troops force. As a result, China captured the Aksai chin and Demchok region (Ladakh). After one month, the war was ended in November 1962 with sacrificing many soldiers’ lives.

This time the two countries were having border disputes at Nathu La (Sikkim), and Cho La (Eastern Nepal) resulted in violent conflicts with heavy artillery firing. More than 60 soldiers from the Indian side martyred in comparison to more than 300 Chinese soldiers’ lives. The conflict at Nathu La lasted for 4 days and at Cho La for 1 day without any significant result as the Indian soldiers provided a very tough challenge before their counterpart, China. Although China doesn’t accept its defeat in these conflicts and doesn’t make it official, from the Indian perspective, it was very significant to stop China to illegally capture Indian territories and to show its growing military strength.

In the 1971 Indo-Pak war, China’s support was for Pakistan, but later it withdraws its support to Pakistan. This improved Indo-China relations to some extent and both the countries started diplomatic ties after the visit of the then external minister, Atal Vihari Vajpayee to China in 1978. And peace was expected from both the sides with some agreements on diplomatic relations.

When Chinese forces assembled at Sumdorong (the Sumdorong Chu Valley in Arunachal Pradesh), the Indian troops strongly challenged the Chinese troops. As a result, Chinese troops were withdrawn and could not move further into the valley. Later, the then Prime Minister, Rajiv Gandhi, and the foreign Minister N.D. Tiwari as well visited China to reduce the ongoing tensions.

In 2017, both the countries were at a standoff against each other for more than 2 months when China wanted Indian troops to be withdrawn from the Doklam region (Sikkim). India was disagreed with it and wanted the withdrawal of troops from both sides. This disagreement resulted in a short infantry fight by moving additional tanks, artillery, and infantry battalions in this region. This caused the high tensions between India and China, affecting both the countries’ trade, cultural, and diplomatic relations.

Once again, the troops from both sides clashed in the Pangong Tso region (Ladakh) in September 2019. Although this clash didn’t last for long, it indicated that Indo-China relations are still in tension and need to be resolved diplomatically to avoid the border disputes frequently.

After looking back on the historical relations of India-China, It is observed that the border disputes have resulted in tensions, violence, and interference of China in the internal matter of India. On one side, China allies with Pakistan to counter India, on the other, India has joined QUAD with USA, Australia, and Japan to counter China. Both the Neighbors are getting affected adversely from economic, cultural, and diplomatic perspectives. With the recent fight in the Ladakh region and the loss of many soldiers from both sides, both the countries are ready to fight violently to show each other’s strength even being familiar with its deadly result.

Still, there is a hope of mutual peace agreements without any further violence. The world is watching the clash with keen interest as Asia contributes more than 50% of the world’s manufacturing output. Therefore, this has global significance as a whole.