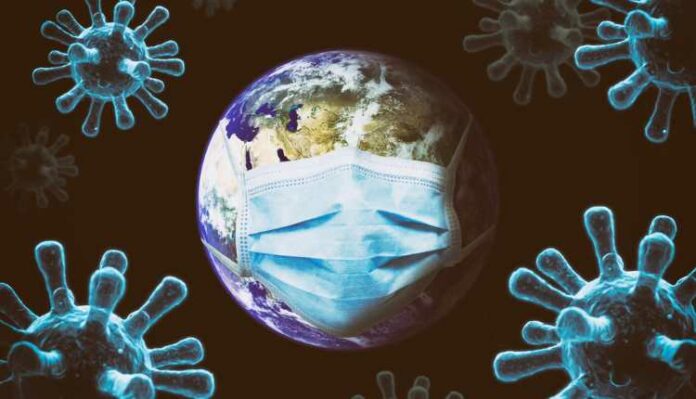 A virus is a tiny sub-microscopic infectious agent who only replicates inside a living body which we call a host. These may infect all the types of life forms, including animals, plants, microorganisms like Archaea, bacteria, etc. Most people without a background in biology does not understand what viruses are. These are very small, and many of them are very dangerous for the human body. More than 6000 viruses species has been described in detail. We still have a very long way to go. Viruses are usually spread through animals, and this is the reason we started eliminating pigs, the hubs of viruses and pathogens.

Deadliest viruses in the world: Most of the viruses are deadly. Let us see 10 of them in detail, which are the deadliest or the most problematic ones. 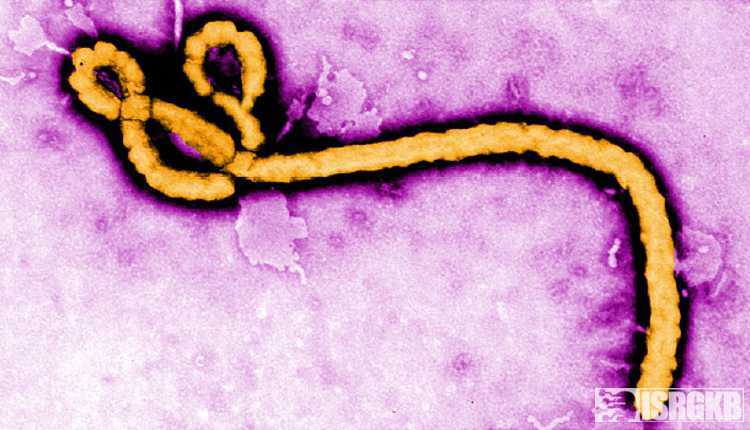 It was first discovered in the year 1976. Ebola Virus Disease (EVD), also known as Ebola. Hemorrhagic Fever is a very rare virus. Nobody knows from where did it start but looking at its composition and viruses similar to it, seems like it came from non-human primates like chimpanzees, apes, monkeys, etc. These are the most likely suspected sources. The symptoms may include pain in the abdomen, chest, muscles, joints, etc. Diarrhoea, vomiting, vomiting of blood, nausea, etc. may also be there. Headache, eye redness, mental confusion, red spots on the skin, sore throat, cough, mental confusion, fever, chills, dehydration, fatigue, sweating, malaise, loss of appetite, etc. are some other common symptoms of Ebola. The virus may spread through needles, blood transfusion, touching of contaminated surface, insect bites or stings, kissing or sharing drinks, etc. Treatment includes Oxygen Therapy, Blood Transfusion, and supportive intensive care and IV fluids.

Since the discovery of Ebola, there have been about 26 outbreaks of Ebola in Ten countries of Africa, one of the USA, and a few others. It was an epidemic. 2014 outbreak of Ebola in West Africa was the deadliest one. About 28,000 people were affected out of which 11,000 died. A few more cases and deaths were reported in other countries as well. It killed about 25 – 90% of the affected population depending upon countries. 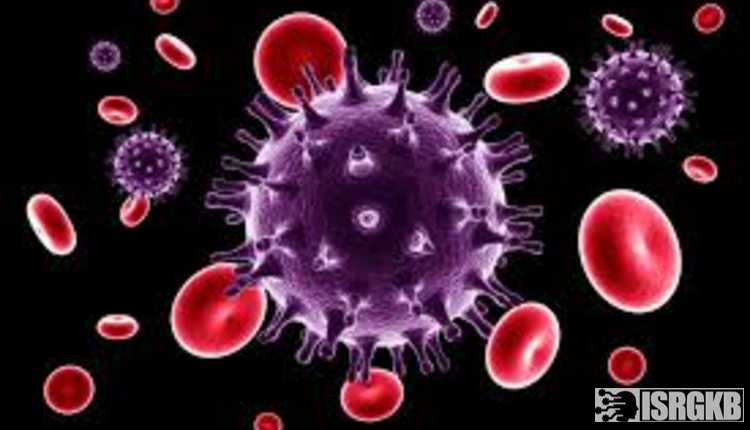 Human Immunodeficiency Virus attacks the bodies immune system directly. The immune system of our body fights against the pathogens and protects us from different disease. Without an excellent immune system, a person with a regular cough can develop severe pneumonia and can be highly fatal. This virus directly attacks and weakens the immune system, which makes the person prone to many diseases which are very mild for an average person but due to lousy immunity, the person may get into critical conditions and eventually dies. Some symptoms include pain while swallowing, pain in the abdomen, dry cough, ulcers, white tongue, swelling or sore groins, nausea, vomiting, persistent diarrhoea, fatigue, fever, loss of appetite, sweating (especially night sweats), watery diarrhoea, etc. Some of the prevalent symptoms may include headache, oral thrush, pneumonia, red blotches, severe weight loss, skin rash, swollen lymph nodes and a few more. There is no possible treatment for this one. However, strict adherence to HIV antiviral may slower the death and may give the patient a little more time. It spreads through, blood transfusion, infected needles, sex (Vaginal, Anal or Oral), from a mother to baby during pregnancy, labour or nursing.

Most of the infectious diseases mostly kill the aged people whose immune system was weakened over the years. However, this one majorly affects the age group of 18-45, which is a minimum age to die. It is an epidemic, and we have no possible treatment for it. About 6,90,000 people died due to it in the year 2019 from about 1.7 million people who were infected which are all eventually going to die due to HIV. 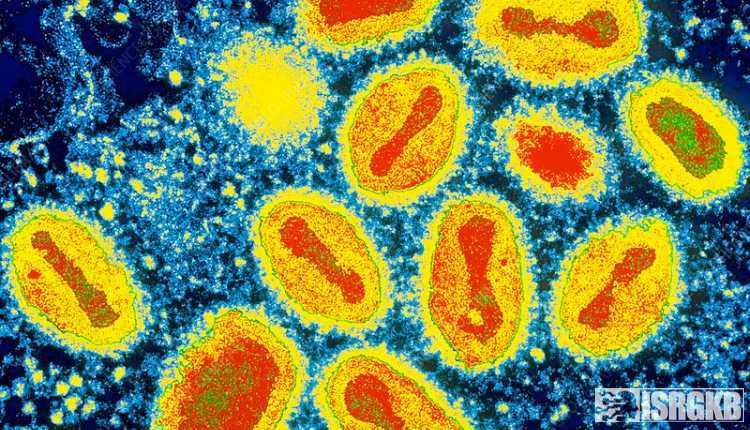 It is also known as Variola. As of today, it is a sporadic disease, i.e. less than 5,000 cases per year in India. Some of the symptoms include pain in the back or muscles, rashes, small bumps, scabs, scars, blisters, fever, chills malaise, etc. Headache and vomiting were some of the widespread symptoms. It is airborne, spreads through saliva, skin to skin contact, blood products, touching of contaminated surfaces, etc.

This was a very deadly disease at one time. It was naturally destroyed (loss its strength) in the year 1980. A great scientist Edward Jenner created a vaccine for it which made this possible. The cause of death with smallpox is still not exact. The figures relating to smallpox are horrifying. It killed about 300 million people In the 20th century, 500 million people in the last 1880-1980 plus 6 monarchs. In 1967, there were about 15 million cases of it. 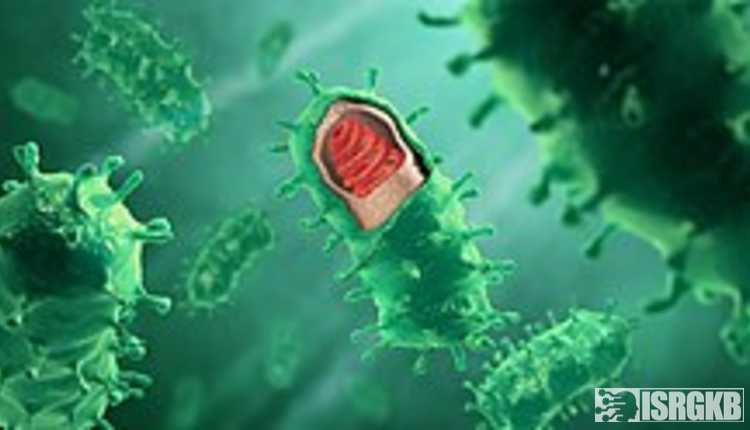 It is a deadly virus which spreads through the saliva of infected animals. The most common agents here are stray dogs. Rabies is usually transmitted through an animal bite. For this, the animal must also be infected by the Rabies virus. There are fewer than about 100 thousand cases of Rabies per year in India. However, almost all of them can be cured if the animal is given with a vaccine or the victim is provided with the vaccine in about 48 hours after the bite. Although there is no specific treatment for Rabies we have today, we can prevent it very quickly. Symptoms of Rabies include pain in muscles, dizziness, fatigue, hallucinations, loss of appetite, fever, delirium, malaise, fear, sensitivity to needles and light, nausea, vomiting, aggression, irritability. Some of the prevalent symptoms of Rabies includes excess salvation, stiff neck, seizures, headache, anxiety, difficulty in swallowing, excess salivation, drooling, dilated pupils and many more. This can also lead to brain death or coma. Once the symptoms are shown, it is almost impossible to stop the infection as there is no treatment available.

Even after the bite, a person has about 48 hours to take the vaccination which is going to prove useful. Still, about 20,000 people die annually due to Rabies due to lack of knowledge and carelessness. In the outbreak of 1998-2003 in Indonesia’s Flores island, about 100 people died within a year. It is a shame that even though we have such great vaccination, people are still dying due to this virus just because of their carelessness or in a very few cases due to lack of awareness or poverty. Louis Pasteur was the scientist responsible for the creation of the Rabies vaccine. We’ve covered in detail on rabies in India and how dangerous it is? in a separate article. 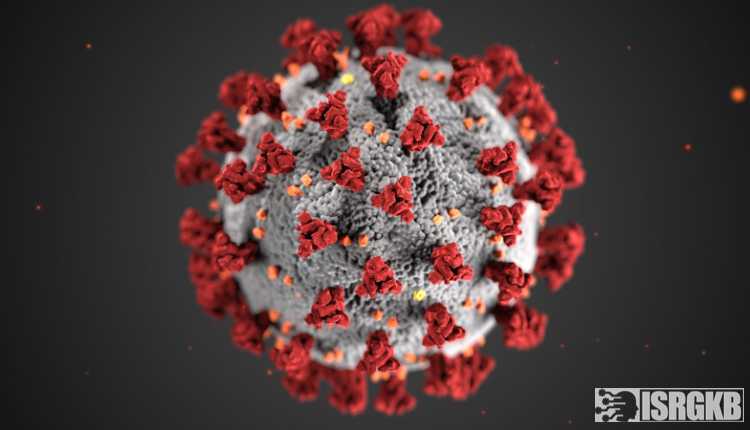 This is the most talked-about virus of today’s time. This does not top the list as fatal as the others. This creates an entirely different kind of problems which are suspected of creating many problems in the long term. However, as of the fatality of these diseases, it is not too high. Almost 97% of infected patients recover from COVID (Corona Viral Disease). However, it is suspected that it has very adverse effects on the lungs and according to some researches also on the brain to that 97% who have been recovered. This is a cause of concern too, and we will know about it in the next 20 years. Apart from this, it is creating Economic problems across the world as well which in turn will bring poverty and unemployment and ultimately lead to other problems and diseases like malnutrition etc. and will be the primary cause of death. These effects are going to be ghastly. Symptoms of COVID include fever, dry cough, tiredness, aches and pain, sore throat, diarrhoea, conjunctivitis, headache, loss of taste or smell, rashes on the skin, discolouration of fingers and toes. Some of the severe symptoms may include difficulty in breathing, shortness of breath, chest pain, pressure on the chest, loss of speech or movement. This is creating problems for education as well, which have covered in detail in a separate article, the cause and effect of COVID-19 on education, schools and colleges. 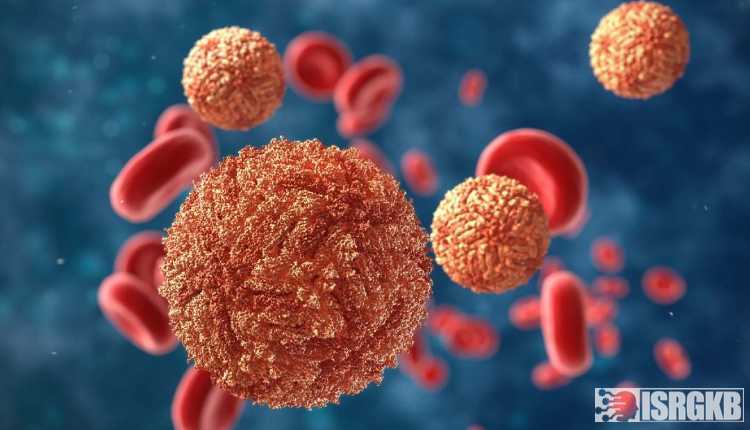 It generally causes fever and also known as Dengue fever. It is usually seen in Tropical and sub-tropical regions. There are four strains of Dengue virus, and immunity to pone strain can make you at higher risk of severe problems with the 2nd strain. This means that Dengue fever on the second time is more problematic than the first one. There are fewer than 100 thousand cases of Dengue per year in India, but it is a cause of concern. It spreads through, animal or insect bites or stings. Pain in the abdomen, back of the eyes, bones, joints muscles, and chills, fatigue, fever, loss of appetite, nausea, vomiting, rashes or red spots, bruising, headache, are some of the symptoms of Dengue fever. High fever and chills are the most common symptoms seen. Apart from this, severe bleeding and shock are severe symptoms.

Dengue fever is now considered an epidemic. It spreads majorly through a mosquito bite, which is known as a vector. It only can spread in a particular species of mosquito which lay an egg in clean stagnant water. Keeping stagnant water anywhere in the surroundings is a nasty habit. An estimated of 390 million people catch dengue fever every year out of which 500,000 cases develop into a severe form of Dengue known as Dengue, Haemorrhagic Fever, which results in about 25000 deaths every year worldwide. 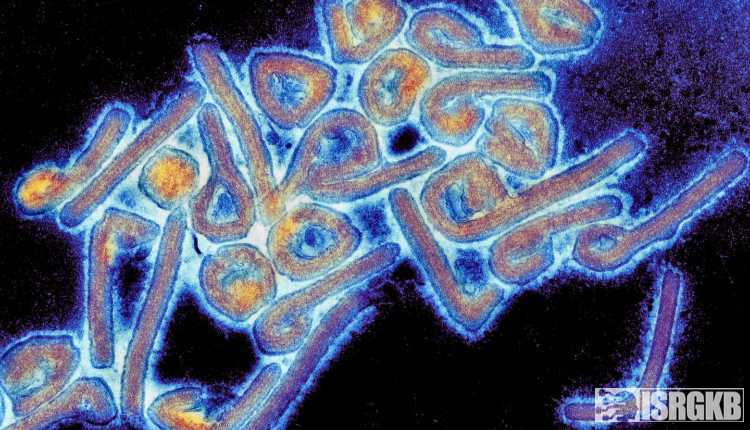 It is a very deadly virus which is extremely dangerous. It causes Marburg Virus Disease. It can be transmitted between people by the exchange of bodily fluids through unprotected sex or broken skin as well. It was first described in the year 1967. There is no treatment for it rather than a few, which helps a little during complications. Symptoms include vomiting, sore throat, abdominal pain, diarrhoea and many more. Its fatality rates varied from 24-88%. Some believe it is a biological weapon as well. It is from the same family as Ebola.

8. Influenza — the deadliest virus of all time 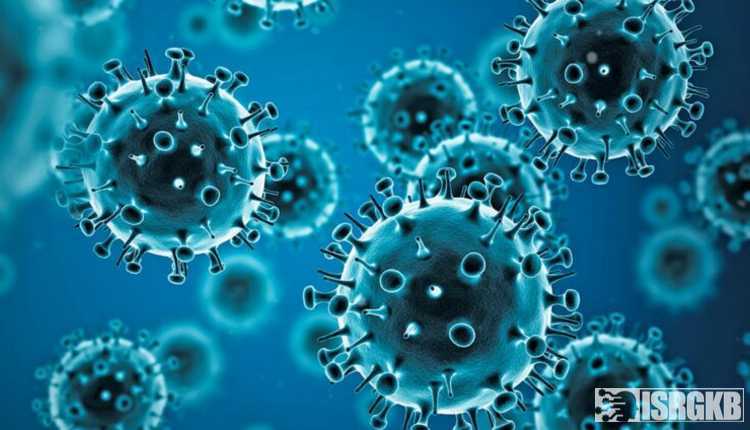 It is also known as the flu. It can be deadly in high-risk groups which include old aged people, pregnancy, infants, immune weak, etc. Symptoms may include pain in muscles, cough, chills, dehydration, fatigue, fever, congestion, runny nose, sneezing, chest pressure, nausea, shortness of breath and many more. To some extent, it can be treated, and there are a few vaccines as well but not entirely sufficient. Since 2010, it is estimated that this has resulted in 9-45 million illnesses and about 12000-61000 deaths. Don’t miss the Safety measures against H1N1 influenza (swine flu). 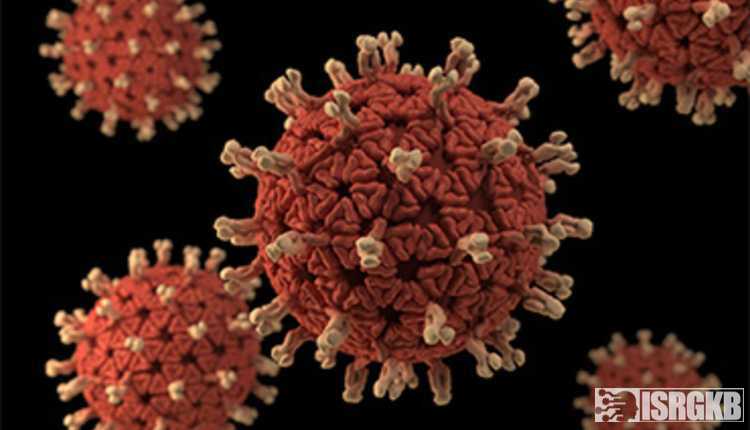 It is the most common diarrhoeal disease in most infants and young children. The spread is such that almost every child has been infected by Rotavirus at least once by the age of 5. The faecal-oral route transmits it. In 2013, it caused 2,15,000 deaths worldwide all infants, which is a vast number, and mainly it kills newborn babies which is heartbreaking. The severity though has declined significantly, but it still is a cause of concern. 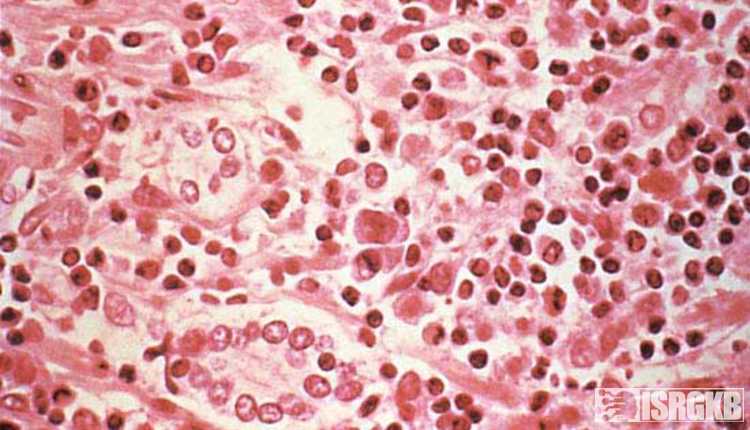 It is also known as Orthohantavirus. They usually cause infections in rodents but does not cause diseases on them. On the other hand, faeces of these infected rodents are the most commonly known reason for Hantavirus infection in humans. Rodent urine or saliva can also infect a human. The Andes, a type of Hantavirus, is seen to be transmitted from human to human contact as well. The only known way to prevent this virus from infecting one is to avoid rodents from ones home and near one. There are vaccines and treatments for this virus which can help us out. There are very few cases of deaths due to this virus, but the virus is sure a cause of concern. If we compare it with other viruses in the list, it is nothing.