Top Underrated Occupation in India that No One Wants to Do 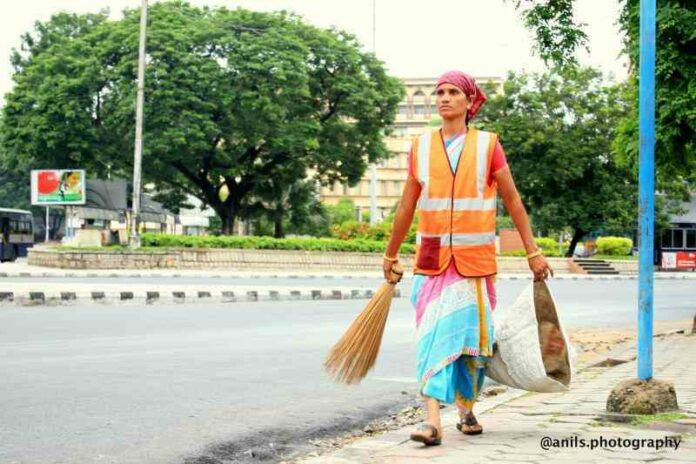 What do you want to be? Actor, actress, air hostess, model, IIT-ian, Doctor, Astrophysicist, Politician…? But do want to be one of these mentioned below? You probably never thought of being one of those. The mere idea must disgust you. These jobs are analogous to poverty, social pariah and subject to lots of criticism. Yet they are also vital for a country’s growth. Underpaid as they maybe.

We bring you top five jobs you would not want to do. And we would understand why. Here is a list of top five most underrated jobs in no particular order. 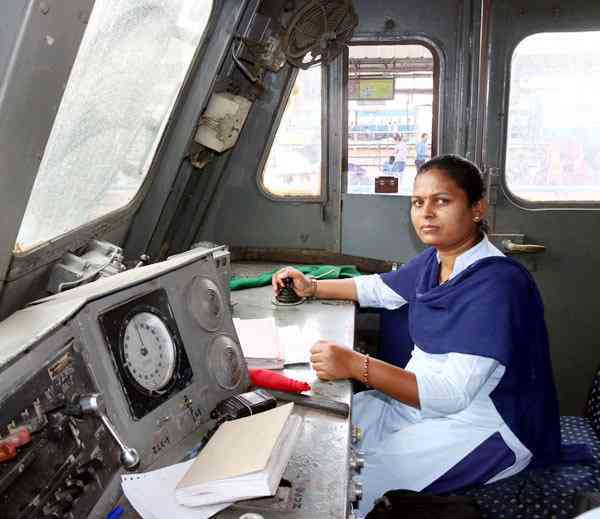 There is no limit in the railway station rulebook citing the number of nightly duties these guys have to do. Which is ironic since, you know, the majority of the accidents happen because of lack of sleep between early night and late mornings. If there is any provision allowing them to rest, it is vague at best. While cursing the train driver for being late do we ever wonder about this? Because of staff shortage, busy routine and night duty, the Indian railway is forced to not allow their drives some rest. Imagine having to study continuously without getting even a bit of rest? And then being criticized because they think you are not studying properly? Hm… Lack of sleep is pretty dangerous, too. Have you ever heard of Hampi Express? It collided with a stationary train. It was driven by a driver who prior to Hampi drove 23 trains in nineteen days, of which twelve were full night shift. It is easy to say that an accident happened because of ‘human error’ but what caused these errors? Something to think about! 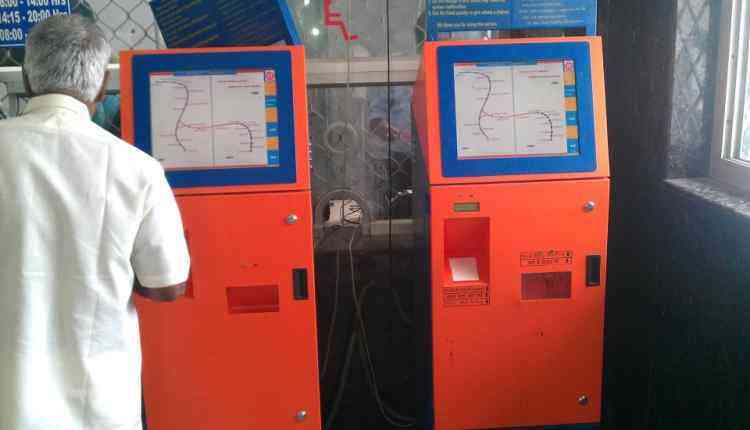 If you have never heard of them, they are the person who helps (in case you don’t know how to) issues tickets from the machine. Railway authority offers about five percent discount on every recharge. And hence, it helps them earn. Here is a noteworthy fact: a lot of people earned cash through this profession during the demonetization since the railway was accepting old notes and smart cards. They basically sat in front of the ATVM with a loaded smart card. They ‘helped’ people get their tickets through these smart cards and asked them to pay in multiples of rupees ten or five. Based on your class ticket. At least demonetization proved advantageous to someone! 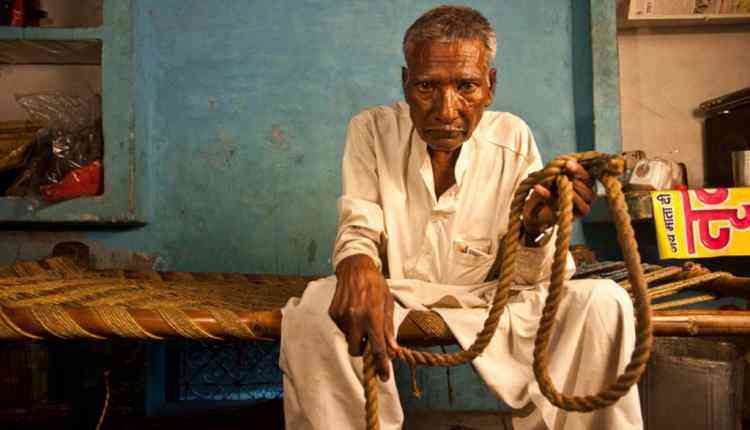 Do you feel guilt when you end of killing an animal by mistake? Imagine it being your duty, your job and every time you come to do your job, you have to kill someone. And you receive a lot of flak for it. A judge can break his pen, but what can a hangman break? The judge does not have to face the dying man. The hangman has to. And presumably, it is forever embedded in his mind. At first, their payment was 3000 but recently, it has increased to two lakh in Kannur Jail. If you do not mind killing people and want a lot of money, Kannu Jail executioner is the place to be. Just do not expect people to bestow blessing on you. And imagine, what if the person you executed turned out to be innocent after all? You killed him! 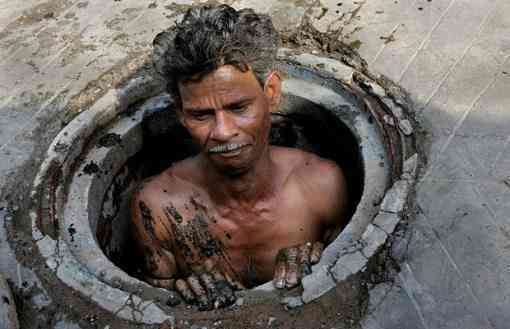 Point to note: Sewer cleaning is banned in India. Poverty exists. Hence, life and law have to be ignored. A sewage cleaner does what you do not want to do. Head deep in poop, the clean the manhole. Will you eat from his hand? Will you sit with him? Apart from the social stigma, there is also death. A manhole is a dangerous, killing place to be. Talking about the biological, chemical and physical dangers of manhole will take a lot of time. So, here’s a gist. The organic matter in the manhole decompose anaerobically in Hydrogen Sulfide. It is a soluble material which becomes trapped in sewage matter. Upon getting disturbed, it leaks out and causes various physical ailments like nausea, delirium, convulsion, pulmonary oedema and kill in a single breath. All of this hamper with sanity and any chances of self-rescue. Now what will a man who has not been armed with protection do? Die in a way you would want a cockroach to die. There is also methane gas. When fuel is combusted in the presence of both these gasses, it can lead to an explosion. In case Carbon monoxide is present, asphyxiation results. There are also microbial threats. The threat of which is increasing as global warming looms over us. But without sewage cleaner, the population of rats and other pests will increase. Disease due to lack of proper disposal will increase. The whole city will smell as if all died together. A serious look at the vulnerable condition in which sewage cleaner work is needed. Providing them with safe and appropriate environment and gadgets is required and should be prioritised over building statues. It will be tax well spent! 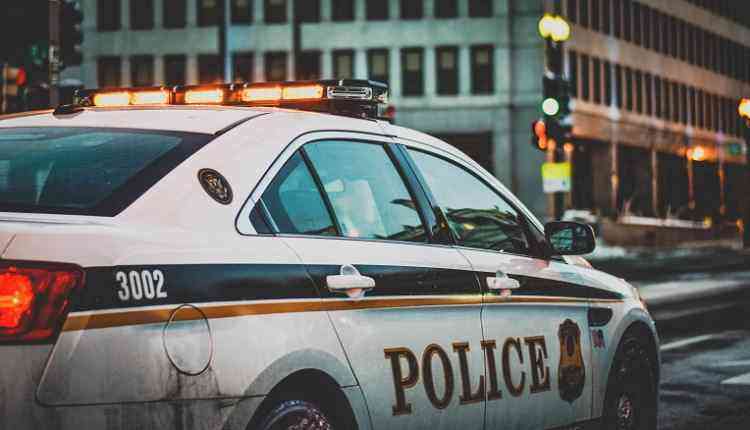 India is an overpopulated country with lots of ignorant drivers. Taming them are the traffic policemen. Under the blistering heat of sun and long working hours, these men are vulnerable to a lot of diseases like skin cancer, cataract, nausea, vomiting and what not. They work amidst harmful gases like Carbon dioxide, carbon monoxide, sulphur, sulphur dioxide, lead, nitrogen oxide and black smoke. All of which cause respiratory disorders. They often have to keep on standing, deprived of any sitting facilities, water and shade. Often, they have to chase after rowdy drivers who lack the ability to care for themselves and wear a helmet. In a season of the festival, when the whole country comes to the market, it is a doubt if they get any rest. They often have to confront rich brats and their daddies. There are huge chances of getting into accidents or some nasty driver assaulting them. Yet they keep their calm under a situation most would lose their cool and continue to direct the traffic. Let us not forget about the noise pollution which can cause anxiety, deafness and irritation. You got to salute these underrated heroes!