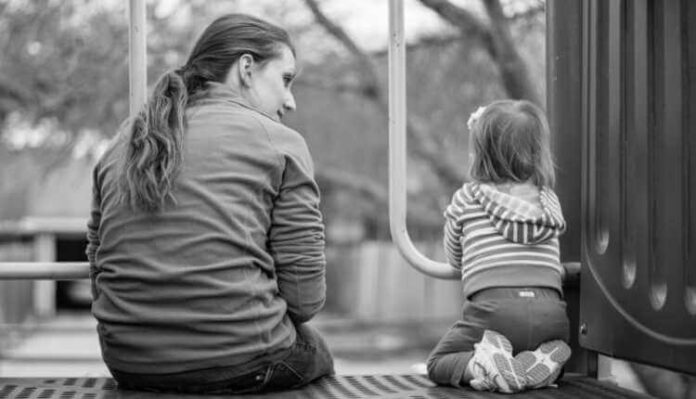 What Is Single Parenting Upbringing?

Single parenting is growing up a child by only a single parent providing love, nature, care, warmth, and a friendly atmosphere either by mother or father, this is generally due to the mortality rate or death of either parent, divorce, sexual assault, early pregnancy, rape, etc. The children raised in such an atmosphere often have many economic, social, and psychological issues to deal with in society.

What are the common reasons for single parenting in India?

There are several reasons parents have to raise their child alone; these are as follows:

One of the most important causes of single parenting is the divorce of parents due to any of the family issues where the child has to suffer and has to choose either the parent to live with; this generally happens when parents are not willing to live together, and due to this, the child has to suffer a lot. It becomes very difficult for them to choose one for them; this causes psychological and emotional disturbances in their lives.

The second most important cause of single parenting is teenage pregnancy. It is the involvement of teenagers(adolescents age 13 to 19 ) where they are into unprotected sexual commitments. That leads to either the termination of pregnancy or a bringing of the child only by the mother, and this is generally due to lack of knowledge and understanding of norms of society in terms of good or bad.

3. Death Of Either Parent

The third cause is the death of the partner where the child is left with the upbringing by the single parent, either mother or father; this generally happens due to accidents, natural death, or death due to illness and this leads to the difficulty of a single parent to raise their child alone. Also, the child has to face the world with flexibility and hard work. They have the pressure to do something different and high in their life.

Assault is the major concern related to the upbringing of the child alone where the child is given birth due to rape or sexual assaults. In these cases generally, the father of the child abandons the mother since they are not ready to give birth to the child so early in their lives. In this case, women are often raped brutally or sexually assaulted wherein the pregnancy generally leads to the option of bringing up the child alone by the mother wherein the termination of pregnancy is not possible, and the child has to bear the stigma throughout their life.

Last but not the least is the upbringing of a child by the working women who take full responsibility of child alone on her shoulders, going to workplaces, mending home works taking care of the child, their school work, tuitions, household work and everything alone is also very much prevalent in the society; this generally happens in cases where the father is working abroad or is out of the station and comes home mostly in months and years. In this case, the child’s workload is only on the shoulders of their mother.

What are the Effects of single parenting on the children?

Single parenting has many effects on children. That depends on how they are dealt with in the environment they are living.

In divorce cases, children who bear the tantrums in their schools usually have peer group pressure. They have to face social, psychological, and emotional disturbances. These children are either marked or made fun of, and this generally hampers their growth and development. They lack the nature and love both parents can give them as they become mature well in advance.

Children living with a single parent have the special knowledge of understanding their responsibilities, achieving high and dreaming something big. They are more into the determination of securing the future of their single parent as they want to do something unique to prove themselves in their society. In many cases, they are more developed and well mannered as they are given more love, care, nurture from their single or either parent what is required is the setting up of a proper time table and routine for them. If they are on the right track, they can do wonders. What is required is the emotional balance between the workload vs the child.

Talking about the upbringing of the child, there are lots of efforts and difficulties parents have to face to give them a better upbringing. It is indeed the dream of every parent to give their child that eco -friendly atmosphere where they can get maximum attention and love, which is very much essential for their growth and development. Talking about the hardships children with single parents face alone in their life is very difficult to explain since their parents also have to bear in mind what right and wrong is expected from them in society. Not only single parents but also their kids are seen from weird eyes, and they are considered weak and dependent if they rely on a single parenting upbringing. There is a sort of stigma of being alone that is attached to them.

What society sees and what it assumes is crucial for them. They live for their children as well as society. Either parent has to hold heavy responsibilities and the burden of both the parents on their shoulders to give their child a peaceful and lovable atmosphere. They have a lot of challenges to hold responsibility for their household chores. Still, also their kids, their education, their basic needs all have to be taken into consideration this is because earning for one is not difficult but when the responsibility lies in terms of children and their need parents have no option but to keep aside their dreams and bring best for their kids. Simultaneously the burden of society and their questions are much higher on them as they have to think many times to act what should be good and right for them or what is acceptable in society. The positive parenting side always remains missing due to one or the other reason. The pressure is not only on the single mother but also on the single father too. They have to manage the work both at home and workplace simultaneously ignoring their own health-related issues; this is because the complete attention is on their children and their needs.

Either parent cannot think of remarrying or living in a relationship so easily as they have the restrictions and traditions of their own family and the limits to tackle their child alone. Many people come and go with different reactions and recommendations. Still, it’s the most difficult challenge for the single parent to play the dual role of both mother and father for the child keeping everyone happy and satisfied; this should be done cautiously as these kids generally have a higher ratio of getting in wrong hands, falling on to drug abuse, going into the wrong company of people.

Also, there are several issues related to financial troubles, socio-emotional problems, the sense of being alone every time, and issues related to adjustment. There is also the issue of spending quality time with the children as the duty and workload are more in the case of a single parent.

Single parenting is thus a very difficult task; it is not as simple as it looks each and everything has to be taken into consideration to run the family either in financial terms, social terms, or emotional terms. Every basic need of the child with a single parent has to be taken into consideration well in advance so that the future of these children can be saved. A single parent also has the choice to remarry and live according to their own choice, yes limitations should be there in the society but to secure the future of their single child-parent can also go for the option of remarrying to continue their living in a smoother and better way and it’s also not the situation that every time the single parent-child is termed as a dependent child because a child with single parenting also has the capability of bringing the best out of them and make their parent proud.

Last but not the least: The outlook should be changed!