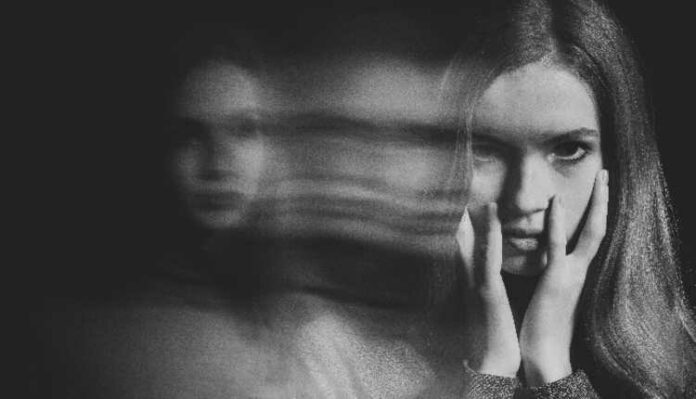 HAVE YOU EVER FELT LIKE YOU ARE BEHAVING DIFFERENTLY FROM YOUR ACTUAL IDENTITY? Yes, sometimes we all feel the same. When we are angry, we are different persons from when we are happy. When we are with our family, we are different from when we are with our friends. But, does this mean that we have different identities? NO. But, some people having multiple identities in themselves are experiencing a type of disorder known as DISSOCIATIVE IDENTITY DISORDER. Sometimes, we get up at nights, and just for a moment be uncertain of who we are, where we are? But, that is only for a moment, and it does not disrupt one’s personal, social, and occupational functioning. But, when one experience these types of moments from time to time, and they also start leading to physical symptoms such as fatigue, headaches. Dissociative disorders include a break, or dissociation, in consciousness, memory, or a person’s sense of identity. This disorder is often referred to as a multiple personality disorder, is the most dramatic of the disorders. In this disorder, the person assumes alternate personalities that may or may not be aware of each other, and it can lead to a person away from reality and a sense of estrangement, and unreality. This disorder involves shattering of personal identities into various parts or identities which are separate from each other but coexist in the person at the same time, and each of the personalities has their characteristic behaviours, moods, emotions, and feelings.

Usually, in every dissociative identity disorder, there is a HOST PERSONALITY, which is the primary identity of the person. It is present most of the time, and there are other ALTERNATIVE PERSONALITIES, which appear from time to time. Usually, the host personality knows nothing about other alter personalities and is the one who experiences “blackout” or a feeling of confusion and unreality or losses of memory and time. Fugue is a critical and common kind of pattern of changing that occurs in this type of disorder, where the host person is experiencing unsettling moments of “waking up” in an unfamiliar place or with the people who call the person with other names which the host personality do not know about. There is a SWITCHING from one host, personality to another alter personality, and then to different personalities, and if there are only two, then back to the host personality.

Earlier, DSM-IV consisted of multiple identity disorder, now a new version of it, DSM-V consists of dissociative identity disorder, the new name of numerous identity disorder) which states that any person to be diagnosed with this type of disorder should have at least two identities in himself/herself coexisting at the same time with their specific behaviours and emotions.

According to Governmental reports and World Health Organization, the statistic of the dissociative disorder varies depending upon the country and the culture. Still, this disorder is a sporadic disorder that can affect 1.5% to 2% of the population in the state or all over. It is the rarest kind of disorder that occurs due to various causes which the article will explore below. According to studies and reports, this type of disorder affects more females than males, and women also experience symptoms at much higher rates than males as males tend to hide their tragic histories and traumas. In contrast, women find ways to express those out of their system, where, men tend to adopt aggressive behaviours and also get undiagnosed even they have disorders because they don’t let the issues come out if their system but, this type behaviour can prove more problematic for the person as it got undiagnosed and untreated.

Sometimes, many people have reported that they felt different from their host personalities at some point of time while they are watching a movie, or thinking about something, or sleeping, but that will not be considered as a disorder. Still, it can be a phenomenon of dissociation that a person might experience a sense of unreality or estrangement from the world. Statistic of dissociative identity disorder, states that 7-8% of people have reported that they have dissociative identity disorder and they feel like it. Still, they haven’t been diagnosed with this type of disorder. So, those are known as UNDIAGNOSED DISSOCIATIVE IDENTITY DISORDER.

The causes of Dissociative Identity Disorder are as follows:-

Dissociation is a phenomenon that one can adopt in their lifestyle and daily life routine to cope with life situations as one uses this phenomenon as a coping mechanism to fall apart or disconnected from the problems, issues of life, and from a traumatic situation. It allows the person to alter their consciousness and be away from the world, but this can be really harmful to the person’s mental health as it can lead to unreality. The person, most of the times, might not be aware of their own thoughts, feelings, emotions, in turn leading to having a sense of different identities or personality states.

The most common and often occurring cause of this disorder has been TRAUMATIC EXPERIENCE THAT OCCURS IN CHILDHOOD AND EARLIER STAGES OF LIFE. According to World Health organisation Statistic, over 90% of all the people who are suffering from dissociative identity disorder are due to the experience of traumatic situations in their childhood mostly consisting of abuse whether verbal abuse, physical abuse, emotional, sexual, or mental abuse that impacts the person’s mental well-being for their whole lives. Other traumatic situations can include the loss of a parental figure early in life leads to the emptiness in the person’s life which can lead to feeling estranged from the world and a sense of unreality causing dissociative identity disorder. Another type of traumatic situation might involve being a part of the war or has seen a war or any natural disaster can lead to nightmares, impaired concentration, hallucinations which in turn lead to this type of disorder. For Instance, As we see, many people who have witnessed the partition between Indian and Pakistan have experienced those symptoms such as unable to sleep, impaired concentration, nightmares, fatigue, physical illnesses, and this all heads up to dissociative or multiple identity disorder. Personal identity or one’s personality is formed when one is in childhood, so experiencing these kinds of situations can lead to negative thoughts and distorted thinking patterns, and various types of disorder.

What Are the Symptoms of Dissociative Identity Disorder? Let’s Explore Below:-

People suffering goes experience many different symptoms of dissociative identity disorder that are as follows:-

But, Main Question is Can We Treat It? Or if We Can So, What is the Dissociative Identity Disorder Treatment?

SO, IT IS NOT A MATTER OF SHAME OR ANY EMBARRASSMENT. IT IS ALSO A TYPE OF ILLNESS AS PHYSICAL ILLNESS. SO LET’S PROVIDE CANDOR, LIGHT TO PEOPLE INSTEAD OF STIGMA, AND LET THEM SURVIVE.