What is the Traditional Theory of Marxism by Karl Marx? 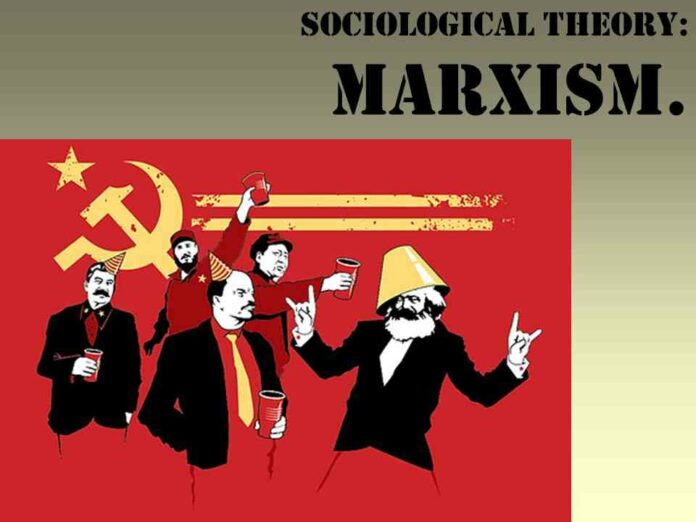 Karl Marx (1818-1883) a German philosopher has constituted the principal of Marxism and an alternative to liberalism that has dominated Western culture and European Nations. Marxism is an ideology that has been emphasized against the ideology of liberalism and economic ideology of capitalism. It is clear that scholars like Karl Marx, Frederick Engels emphasize upon the premise that in the world of exploitation activities taken by capitalism, is the main reason of exploitation of poor and backward classes.

Marxist scholars during the decades of 1850s were able to witness that the industrialization had lead to extremely disaster full condition for factory workers and as a result of which a protest had been a rose between workers and owners of the industries.

Karl Marx, who was born in 1818 took the lead and emphasized upon the premise that if we look at the history what we will witness is that poor section of the society have suffered due to ownership of the factors of production which is why they were emphasized upon a premise that it is a property that was introduced which ultimately resulted in the exploitation of those who don’t have any property.

According to Marx, earlier there was a communist, then slavery was established against the poor leading to differentiation between master and slaves. Then agriculture came into the picture and on the basis of land there was demarcations between landlords and landless workers, clearly made the workers to work for longer duration than there was an advent of industrialization came, factory owners and industrialist thus hired workers and treated them as commodities, thus leading to their exploitation.

Karl Marx emphasized upon the premise that one of the major contribution to the problem of exploitation with the poor is capitalism which is different from wealth, as wealth is what people owns and spends in the way they want, but at the same time capitalist is what spend to generate money and obviously when people see it maximizing their profit they end of exploiting other individuals. One can say Marxist like scholars were instrumental who were protesting against capitalist tendency states like Britain and France (the capitalist Nations).

Karl Marx in his book ‘communist manifesto’ talked about and emphasizes upon the premise that state also plays and neutral role which helps the rich section of the society to exploit the poor as it is witnessed that, silence gives encouragement to the richest section of the society to continue exploitation of poor sections of society. As a result of which one does realize that while scholars like Aristotle, had emphasized upon the premise that the state has come into existence for the good life of the individual and this good life should not just be confined to the rich section in the society.

One can say that this attitude of the state lead to the ‘black death’ situation witnessed in the 15 century in England, where one third of the population had died due to the large scale of industrialization and exploitation of workers by industrialist of the England. One can say that instead of taking interest against the this epidemic, England’s government announced that Labor would be bought from the other continent of the world, for performing the work of industries so that the work didn’t stop.

Finally, as a result of which Marxian scholars believe that the state acts as an instrument of exploitation and thus wither away, which means what they seek is a stateless and classless society, where powers are in the hands of the proletariat that is a poor section of the society. It is stated that Marxian scholars firmly believe that the difference between the rich and poor section of society cannot be cancelled and as a result of which the solution lies in undertaking a revolution through which the poor of the world who are in majority shall execute the rich of the world who are in the minority, thus establishing the dictatorship of proletariat where there shall be a stateless and classless society.

In order to prove his theory, Karl Marx, has given various theories like the theory of class struggle, the theory of surplus value, theory of alienation, theory of historical materialism and others. It is stated that Marxs does not seek any kind of conclusion that can cure between rich and poor section of the society and as a result of which, no alteration is left to stop the revolution based on violence, that’s shall lead to the establishment of stateless and classless society which shall be ruled by a poor section of the society and then only poor can develop in the society and have a good life and equal respect,dignity in the society.