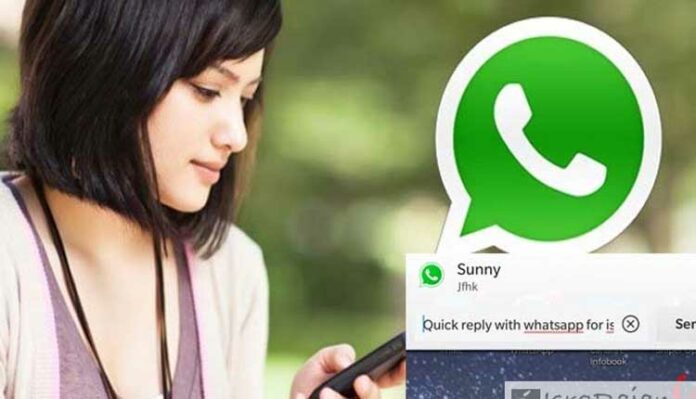 Whatsapp has recently added a new feature with the release of Whatsapp Version 2.12.561. This feature will let you reply without opening the Whatsapp. This feature might be new for the Android and iOS users, but it has been already available for the BlackBerry OS 10 users since the beginning.

In the earlier version whenever we used to receive the message from our people it was really a mess to open the app and reply them. Most of time, many users who have lower version of Android OS or has poor quality of hardware faced issues like hanging and no response while opening the Whatsapp. Most of time it takes a couple of minutes to reply them and what if you are on a slow internet connection.

How you can reply?

Recommended for you: Best and Cheapest 4G Smartphone in India

Those who have not updated yet they can do it for free from whatsapp.com/download