Why are Indians great at Mathematics and Computer Programming? 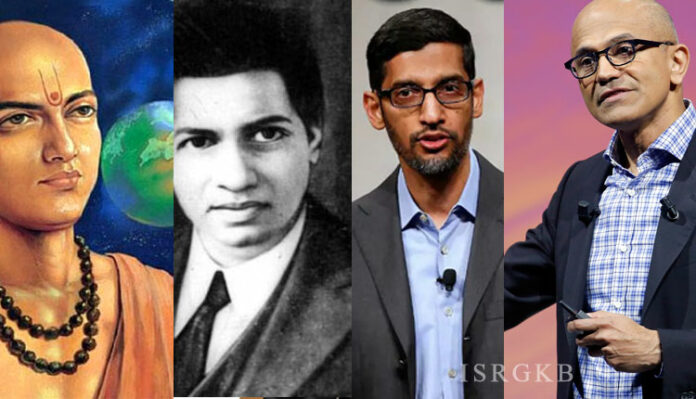 India has made an important contribution to the evolution of Mathematics. The Aryabhatta, Brahma Gupta, and many others are some of the prominent Mathematicians from India. India has also made a significant contribution towards the development of the concept of zero as well as the decimal system. India gets recognition on a large scale for huge research work on topics like algebra & trigonometry. Ancient India has made Vedic Maths a way to teach a lot of techniques that solve critical problems. Many modern age Mathematicians are recognized on a global scale. The southern states in India are very intelligent when it comes to Mathematical equations and studies in general. The Indians have an experience of practising Mathematics from an early age that solves the problem of confusion in concepts.

With the modernization in the decade, parents have started sending their kids to learn coding and programming language from a very early age. It has become a trend now in many cities. The skills like software development, management, and computer programming are being adopted by the young generation on a very large scale.

There are several reasons why Indians are good at Mathematics and computer programming; some of them are as follows:

Indian social-economic factors affect a lot of professions in India. Looking at the history of India, doctors and engineers were the only professions which were considered. The number of seats in the college for these two professionals was also very limited as the education sector was not very developed. The colleges had very hard entrance tests for the students who wanted to take admissions in these colleges, i.e. a combination of Maths and Science. This factor made students, parents, and teachers very particular about their focus on Maths and Science.

Therefore, students to get into the college studied hard, and this made the base of these subjects very strong for the Indians.

The children in India are made to learn multiplication from a very early age; for instance, when these children have just started learning, they are made to recite the multiplication tables every evening, they are also made to solve some difficult Mathematical concept to clear the methods, making children good at Maths at a very early age. Solving problems at an early age improves the mental and intellectual skills of the children, and it enables them to pass the difficult entrance exams and expertise in these difficult subjects easily. This happens because children at an early age are fast learners and can grasp things easily without any discomfort. Unlike many other countries, the Indian education system does not have a creative structure to teach the children, which have its pros and cons. Pro is that students can handle the difficulty of conceptual problems on their own from a very early age.

There is a huge difference between American Maths vs Indian Maths because Indian Mathematics doesn’t have any concept as such that the united states have. One of the con is that the Indian education system lacks creativity like other countries in the structure process, which deprives them of the various future opportunities.

Therefore, this difference in American Maths vs Indian Maths, structural difference, and many such differences make Indians expert in Mathematics and science.

Indians who are exceptionally good at Mathematics also practice expertise in programming and analytical thinking. The graduates try to Grab as much as a possibility is available to them because of his expertise in Mathematics and science subjects. Many countries demand these skills that act as an advantage to job seekers. India has a lot of potentials to make development in the programming field. The young job seekers have been going to the united states for a decade and referring to the US as their home. The children in different countries who are of Indian origin excel in Maths and computers.

It is often considered that the need for software development experts will increase in the future. People who fail to get into reputed universities and are not able to do proper graduation courses start doing diploma courses which helps them to get a job in this category.

Therefore, the strong foundation for problem-solving and analytics solving abilities helps a lot in computer programming, software development, and management, creating many opportunities for the Indians at a large scale. Indian education system might not have a structured system to deal with the young learners, but it definitely helps them to explore and grab opportunities instantly. Many companies outsource their core works to the Indians because of this strong foundation.