Why did Internet usage increase during the pandemic? 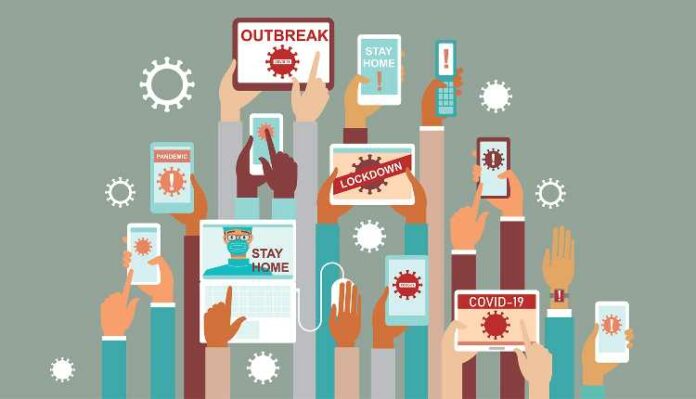 When a global pandemic hits the world, you are restricted to move out of your residence, and you are not allowed to travel; you are not allowed to visit your friends and not allowed to shop in grocery stores; what is that you can do? You sit back at home saving yourself from this deadly virus and work from home, or you pass your time in “Online Media Streaming”. Telecom and online streaming platforms benefitted the most from this pandemic.

What is the meaning of Online Streaming?

Online Streaming can be defined as transmitting or receiving different live videos. Online Streaming became popular in this decade with the different platforms that introduced various features and made it very interesting.

The names of the few OTT platforms which offer these features are:

Internet use has increased rapidly since 2015, i.e. from 300 million users to 700 million users in 2020, most of whom have internet connectivity on their mobile phones. COVID-19 has forced people to choose the Internet to stay connected with their loved ones through it. Video calls, Emails, Work from home etc., are different mediums through which people are connected with their families and work. India still has a major percentage of people who do not have internet connectivity, making it difficult to make them aware of the current situation and measures they need to take to save themselves from this pandemic. The percentage of internet users did increase which made a lot of OTT platforms experience their best period in the market. The Internet and pandemic went hand in hand, which means that both of them increased at a huge speed.

People in India and various other countries recorded an un-usual increase in the use of the Internet. India has, like, other countries have a certain percentage of people which comes under disconnected group. These people are either from rural areas or have low income. In India, 26% of the population belongs to the age group of 0-15 years, and 67% belong to 16-65. This means that we have a high percentage of youth in our country.[1]

What is the impact of increased internet use on children?

Internet use went up by 70% and Online Media Streaming by 12% in the lockdown.[2] Children at the age of 5-6 age groups are sitting in front of the laptop for multiple hours, affecting their mental health. Students are made to sit alone in front of the screen for hours without any study environment. It has become so difficult for their development motors to develop. One can easily conclude that offline classes have their own advantages and boons. Ignoring the psychological effects of this situation can be a major setback for their future. When we compare these two different situations and their effects on children, it is very clearly visible that it is not positive, they might have learned hundreds of technological features, but one of the major disadvantages which are lack of attention in on-going classes and not being sincere while giving exams cannot be ignored. Teachers are not able to monitor the child’s growth and help them with the same. The re-opening of schools has been a matter of debate for a very long time. Parents and teachers are arguing on what to choose, health or future, both of which are necessary to focus on. Children have started making it a habit to use gadgets to finish their work as early as possible and make the computer do the work instead of doing it by themselves.

Facebook, which has a market of 2.4 billion people, expanded rapidly during the pandemic. It has been dominant for more than a decade, and now many more platforms like TikTok, Wechat have come into play. Re-opening of schools is definitely a necessity but at the cost of one’s life, definitely not. Social gatherings and crowded places in schools like canteens, classes etc., will become a hotspot of active cases. It is advised that education can wait till the vaccine comes. With the approval of the vaccine by the DCGI, all of this might become a bit faster, but it is still a challenge for the country. India has the second-largest internet market, i.e. after China. According to different surveys conducted, people with good income and wealthier countries are more into internet platforms. India, China and Bangladesh have seen very rapid growth in the number of users. Despite the difficulties, the Internet is expanding its branches in the roots.

People started binge-watching videos on OTT platforms like youtube, making it difficult for the parents to control their children and shift their focus on studies or education.

Therefore, the Internet did play a critical role while people were suffering from this pandemic, but it also opened a different side for the children and individuals.