Why Pahadi in Uttarakhand are leaving the State? 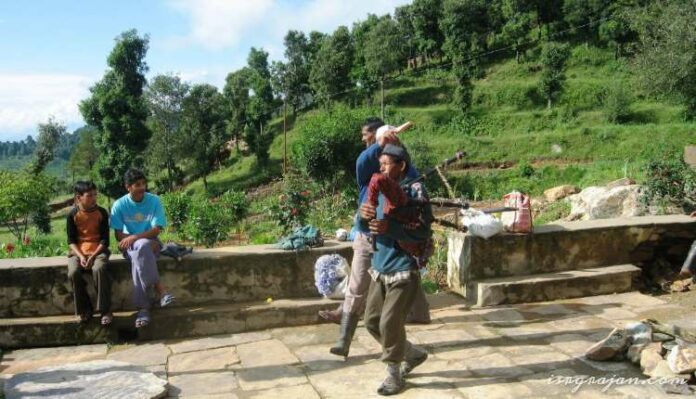 The word Pahadi or Pahari originated from Pahad meaning mountain. In India, Pahadi clarifies the food habits and culinary community of the people residing in the mountainous or undulating regions around the Himalayas, such as Kumaon, Garhwal and parts of Kashmir.

Uttarakhand map interprets itself as an undulating region (or Pahad) and inherently, the people from Uttarakhand are called Pahadi. Earlier people primarily used to reside in the mountain caves, to have better shelter in the rainy season as well as in the winter season.

The construction of Uttarakhand was intended to induce improvement and wealth in the hilly landscape. Still, over the decades, the hills just glimpsed enormous migration towards the plains, which overdue evolved as one of the substantial political issues in Uttarakhand.

The fundamental justifications for the migration of Pahadi people, in order of significance, are the preference for better livelihood/ occupation, education and medical facilities.

Concurrently, these three justifications account for nearly three-fourths of the reasons for migrating but still, there are reasons as well.

The reasons why Pahadi of Uttarakhand leaving and migrating:-

Unemployment is the basic reason for the migration of the Pahadi people from Uttarakhand. Every individual desire of decent job, want to earn an adequate amount of money and lead a happy and fulfilling life with family, but in the hilly terrains unemployed is a massive problem, people usually depend on raising livestock like a cow, goats, hens, etc. And agriculture, but agriculture is also not a promising option because proper irrigation facilities are inadequate and the land is also uneven, in this circumstance the only alternative is to depart to other states in the plains or other districts like Nainital or Dehradun, where they do a job and earn sufficient money, evacuating there native place, where they were born is a difficult choice but they have to do so to earn a living.

Also, read Best Places to visit for couples and friends in Nainital and Almora.

Rural mountainous regions of Uttarakhand lack adequate healthcare facilities, just small government dispensaries and clinics exist there without any 24×7 service. The regional people frequently pertain to these hospitals and dispensaries as ” referring houses” because this hospital invariably refers the patients to the hospitals in cities because they don’t have enough facilities o treat them and due to delay in the time of medication some quality even cost their lives. People already withstanding heart ailments, cancer and other such illnesses can’t live in these locations because they require check-ups regularly and they can need medical aid at the time of emergency, particularly women at the time of pregnancy when time is so valuable to waste you can’t travel from these regions to cities, so some people migrate due to persistent health conditions.

Over sixty per cent of the rural population is dependent on agricultural activities but still, the agricultural activities are not sufficient to confront the modern-day expenditures. The modern era is not likely to take up agrarian activities as an employment option, and most of the households have evacuated the land, which has been revamped, into barren lands the weeds that have thrived in these lands are extremely difficult to clear. These circular areas require a lot of human effort, as modern technology like plain regions is not utilized in the hills due to the severe terrain.

Over time disasters had developed the fear among the natives which results in their migration towards better and more secure places in the plain areas of the country. Landslides that are very common in the hilly regions in the rainy season is a serious threat to life. Many lose their lives every year. After the tragedy of the 2013 flood that occurred in Kedarnath, the residents have migrated for life security purposes.

The Pahadi people, who are dependent on agriculture for their livelihood, work extremely hard day and night, they cultivate several varieties of harvests, However, this hard work goes in vain due to the terror of the wild creatures like wild pigs, bears, monkeys, etc. these wild animals destroy these crops during the night. Wild leopards are often spotted at this location is a serious threat to life every year about hundreds of people lose their lives in a leopard attack, these people migrate to plains to save themselves from the losses due to wild animals in agriculture as well as to live safely in peace away from this fear.

Komal Loshali
Opinions are meant to be conveyed.