12 Best Scientific and Technological Innovations of 2021 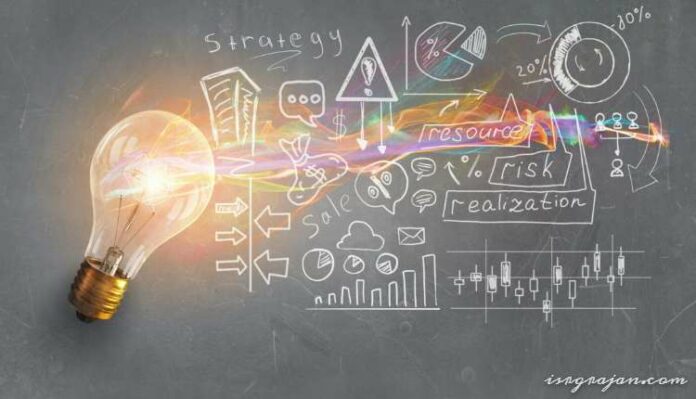 According to The theory of economic development, the precise meaning of innovation is that It is the practical implementation of ideas that result in the introduction of new goods or services or improvement in offering goods or services. Science has evolved through time, right from making fire by scraping rocks to building the most advanced Quantum Computers. It is the process of innovation that maintains the flow of inventions.

Everything came to a halt when the world was hit with the Corona Pandemic. The dependence on technology only multiplies in times like this. The sphere of technology is a vast domain that needs to be broken into for a better future. Despite the pandemic, science continued to grow and flourish and the world received some ground-breaking innovations in the field of Science and Technology.

Here are some of The Phenomenal Innovations of 2021:-

1. The advent of 5G technology:

5G technology is one of the most promising technologies of 2021. It is basically the biggest update in the field of telecommunication. Unlike its predecessors GPRS (1G), 2G, 3G, and 4G, the 5G is a software-defined network that will work on clouds and as a result, it will have a 100 times better capacity than 4G and that will increase the internet speed dramatically. The chart below represents the places around the world where 5G advancements have taken place.

Disadvantages and drawbacks of 5G:

In 2021 the world witnessed groundbreaking innovation in the field of vaccinology. This was one of the major concerns of scientific and technological innovation. The introduction of a new type of vaccine ‘the mRNA’ vaccine was fuelled by the need to curb the corona pandemic that broke out in December 2019. Messenger RNA vaccines are different from any other vaccines used before. While the other vaccines use a deadened or a weakened form of the virus that is introduced into the cells to produce antibodies that fight the pathogens without harming the body but not entirely eliminating the obvious risks, the mRNA vaccine contains the RNA that sends a message to the cells to develop the so-called ‘spikes’ of the coronavirus rather than the entire virus. Later, the antibodies come into the picture and defeat the pathogens present in the body.

This is the age of Artificial intelligence or shortly called A.I. As the world progresses from petroleum-powered automobiles to the electricity ridden, there have also been certain upgrades made in its driving capabilities by the introduction of the self-driving feature.

Yes, currently MNCs like ‘Tesla’, ‘Apple’, ‘Google’ and several other companies have dipped their hands in the pool of autonomously driven vehicles. Significant changes to improve the quality and reaction time of vehicles to interpret it’s surrounding and to make quick judgements are going on. Soon, driving cars without the use of limbs will become a day-to-day thing.

The latest scientific and Technological innovations can’t be spelt without spelling robots. The year 2021 saw an unprecedented rise in the field of robotics. Robots are being used everywhere and the need to enhance their working efficiency has driven several new start-ups that build robots from scratch for daily use for the public around the world. Several cool inventions like the GUNDAM robot, the world’s largest robot made in Japan that stands at 18 metres high and weighs as much as 25 tonnes.

Then there are robots used for medical purposes like the Saul Robot used for curing people of Ebola by shooting high energy UV rays to kill the virus. Next in line with useful robots are the robots used for deliveries. Companies like Starship Technologies, Nuro, Savioke are making robots used for grocery item deliveries to peoples homes and medical kit delivery in hospitals.

Smart Trash-bins called Bin-e are just like normal trash bins except that they are installed with sensors and cameras that help them figure out if the items dumped into them are up for recycling or they are just garbage. Once figured out the machine separates the two into separate containers. This is a very significant innovation that will not only help the recycling industry but also help this planet.

On 11 July 2021, Virgin Galactic created history by becoming the first private company to launch a commercial space flight mission of 6 crew members aboard the VSS Unity. And just 9 days later Blue Origin, a company owned by Jeff Bezos also launched its first commercial space flight aboard the ship nicknamed “The New Shepard” after Alan Shepard. The ship used by Blue Origin garnered a lot of publicity because of its shape. Nonetheless, these advancements made in the field of space and technology to ensure that even the common public will soon be able to make a trip to space is nothing less than achieving a milestone.

The reality no matter what can often be disappointing. VR-Virtual Reality is an invention that helps people escape their reality into a completely different world of digital content. Devices like Google Glass, Oculus Quest launched in 2021, Apple’s AR Kit4, Facebook’s Oculus VR have had giant success and publicity. Virtual Reality device is a revolutionary innovation that will soon be a household name because of its promising features. The same goes for Augmented reality and Mixed reality devices which will literally reshape the world compared to what we see with our naked eye.

These devices find applications in every other field you could think of for example starting with Academics to Navigation to medical and science and architecture.

In January 2021 Xiaomi announced that it had solved the riddle of charging phones without bearing the hassle of connecting them to any power source. This tech basically has an external device that tracks down the phone it has to charge and then shoots high powered signals that are then picked up by the phone for charging. It is a very creative innovation but is still in its infancy because of the drawbacks of not being economically feasible and also the radiation issues that come into the picture. But maybe in the coming future, we might see such technology shaping our day-to-day lives.

In December 2021 WHO approved the first-ever malaria vaccine thus ending a decade long struggle of making a vaccine for malaria with a high rate of success. Malaria is caused by Plasmodium parasites that spread through bites of female Anopheles mosquitoes. A groundbreaking discovery in the field of Medicine and Vaccinology, this innovation will go far in curing this deadly disease especially in the underdeveloped countries of Africa where every year lacks people die due to Malaria and the mortality rate is higher than ever.

A virtual world that will soon be changing human life on a vast scale brought about by the combination of Augmented Reality and Virtual Reality. Facebook or now as we call it Meta is the master-mind behind this so-called Metaverse. By putting on a headset you will be able to experience a whole new world of mind-blowing digital content. Work from home will become more efficient and so will academics. It will be a great means to escape the fuss of the real world and enjoy what virtual reality has to offer.

Lab-grown meat is animal cells artificially regenerated in a controlled laboratory environment by using regenerative medicines and certain nutrients. Lab-meat is a game-changer when it comes to saving the environment by sparing innocent animals and is environmentally friendly. This year Singapore became the first country to approve lab-grown chicken meat. Once in focus, lab meat will go a long way in solving world hunger.

The major breakthrough in the field of battery tech is the introduction of Lithium-ion batteries. This tech is a breakthrough because of its reusability and its fast charging capabilities. In the age when the world is fast running out on natural resources, the demand for a highly sustainable battery automatically goes up. Even though this technology is in its early stage, a lot of work is going on to provide better efficiency and longevity of battery life. Soon most of the machines that we use will be electrically operated, thanks to Li-ion batteries.