Why Swami Vivekananda is an inspiration to Youth? 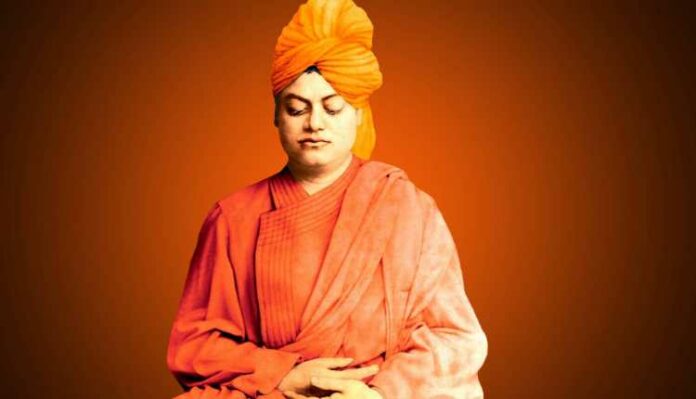 Some People become history in their life and inspire many hearts throughout many generations to come. Swami Vivekananda is one of them. Born on January 12, 1863, India remembers this great spiritual leader by celebrating his birthday as National youth day. Beyond religion, caste, creed and colour, his speech and quotes are serving as an inspiration and motivation to us. Though lived a short life set himself as a beacon of light to youth.

Narendra Dutta, a bold boy, feared nothing – His famous quotes are stated and explained as follows:

“Fear is death, fear is sin, fear is hell, fear is unrighteousness, fear is the wrong life
all the negative thoughts and ideas, that are in the world have proceeded from this evil spirit of fear”.

Swami Vivekananda’s real name was Narendra Dutta. In his young age, he used to play as a leader to his friends; one day while playing under a tree, a big cobra entered and raised his hood and made a hissing noise, Narendra Dutta was meditating without any fear as other boys ran away and shouting with fear. Swami though had seen the cobra but continue his meditation even without a slight movement. The cobra passed way through his head without harming Narendra. Friends surprised and realised that he was not an ordinary boy. Look at swami’s message to the world above. He proved that fear kills a man and it is horrible to live a life as a coward. Another incident took place, after he went to America, lived with his American friend and wife as he delivered several lectures there to his disciples. He and his companion were walking in the farmhouse, where the big bulls and buffaloes were tied. Suddenly, a bull unlaced its knot, came fast towards them.

The friend ran away leaving his wife alone, where she fainted there itself. Swami stood still, the bull chased the friend who was running after his life. After five minutes, the owner came and tied the bull. When the friend asked how he dared his life, he answered the animal used to chase who fears or afraid of it. That’s why it chased you and left me behind. Swami taught us through this incident to be a fearless person in a tough situation. The above quote states that all the negative emotion comes from fear, how true it is! Positive thoughts create hope in our hearts while negative sentiments like fear, anger, jealousy and ego give anxiety inside our minds.

This quote inspires us to lead our life joyfully, although the world is not a bed of roses to live. Swami was the only man who said if we do not face difficulties in our daily life, then, we remain travelling in a wrong path of life as this world teaches lesson after keeping test. Swami compares this world to the Gym where everyone sweats and exercise without thinking of physical pain. Moreover, our world provides every challenge to prepare ourselves to come out of the problem and solve it boldly.

Though we are physically and mentally strong, our constant brooding over the past failures or mistakes stops success in future deeds. So, Vivekananda inspires us by the word “infinite”- this word has the endowment to believe in our capability. We the soul, not this body (according to Advaita philosophy) is very subtle and invisible, brings life to us. Swami held that “We are Atman ” and capable of doing great deeds suggesting inside the mind, there is an unlimited potency and strength.

Believer of the modern generation’s confidence and energy:

“A few heart-whole sincere and energetic men and women can do more in a year than a mob in a century“. — Vivekananda

Swami believes the young and energetic individual can change this world into a better place to live. He asked to give 100 youths, could change this world. Swami was a crusader of social cause fought against poverty, inequality and social injustice. He believed that young minds were flexible and immense faith in themselves. Also, read Countries where Women are Deprived of Basic Fundamental Rights.

Swami Vivekananda was secular and liberal:

Throughout his life and travel, Vivekananda carried the Bhagavath Geetha and The imitation of Christ. He was deeply moved and inspired by the western philosophies and scholars like Spencer and Hume. His view was crystal clear through the above lines. He believed that each religion has its vision and perspective, but, ultimately leads to one that is supreme spirit. We may worship Jesus, Allah, Krishna only the almighty’s name is different, but, not him.

He is a firm believer that education is not only accumulating facts and information and getting degrees in the Universities but also a man-making system. The person who is educated in the university and holding a degree may have the subject knowledge, fit to earn money. our present system of education creates only money-making Machines (Machines refers to present educated youths). Education never bothers to make a man perfect in his character and discipline. Today’s youth is the pillar of the country. If he focuses only on materialistic wealth and comfort but fails to develop self-discipline with virtue, he becomes as low as Satan, Therefore, it leads to good citizens.

“Swami taught us tremendous self-confidence through his life and quotes”.

Everyone knows his famous quote, “Arise, Awake and stop not till the goal is reached“. Although this line had taken from Upanishad- after Vivekananda insisted to arouse patriotic feelings in the hearts of men and women of his country, it became famous and probably each one of us uses this quote today to provide encouragement and self-confidence when we meet failures in life. 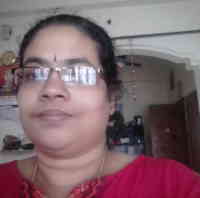 Lakshmianand San
I am a passionate writer.