Why Yahoo! the Digital company lost in the digital age! 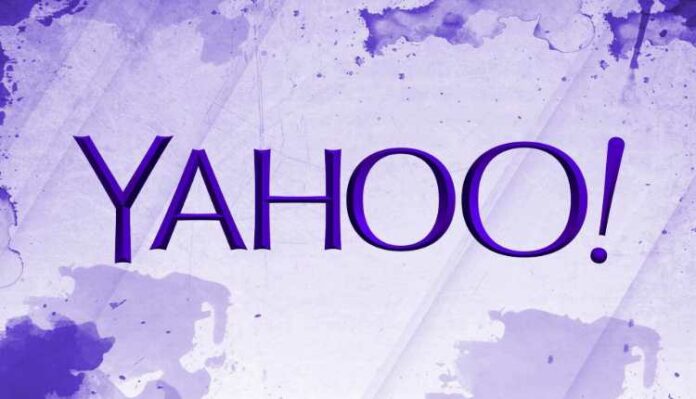 Yahoo was once a synonym for the Internet. Today is the heyday of digital services and technology companies. So, where is Yahoo lost? 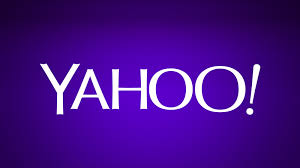 “We’re interested in buying Yahoo,” Microsoft CEO Steve Ballmer told Yahoo surveyor Jerry Yang over the phone. Microsoft had offered Yahoo 44.6 billion in value to Yahoo. The amount was too large. After some thought, ten days later, Yahoo replied that the amount was too low for our company’s reputation, the offer was not approved.

Founded on March 2, 1995, Yahoo’s value rose from zero to 125 billion dollars in just five years. The company was not surprised to find the price too low. After some deliberation from Microsoft, Balmer again offered to increase the price to 50 billion dollars. Yahoo also rejected the offer. The digital age was not as buoyant as it is today, but Microsoft knew it was going to be in the future. That’s why Microsoft wanted to compete with Google by buying Yahoo to strengthen its position against Google. It was the second most valuable deal in the history of the Internet, but Yahoo was not interested.

An American company called Verizon Communications indicated its readiness to buy Yahoo. Yahoo had more than 1 billion monthly active users (those who use Yahoo at least once a month). That’s why Verizon paid Yahoo 4.83 billion according to its popularity! The company that turned down the 20 billion offer, which at one time was worth hundreds of billions of dollars, was sold for less than 5 billion!

The cycle of time-reversed. In 2016, Yahoo was not in a position to say that this price is too low for us!

Yahoo celebrated its 25th anniversary on March 2, 2020. It started as a company on 3rd March 19th after starting on the 19th. When the world entered the new millennium (2000), Yahoo was one of the leading companies that showed the world the way to the digital world, the Internet, information technology. Where is this company lost in today’s world of digitization? Let’s try to find out.

Jerry Yang and David Philo, two Stanford University students, created a directory called ‘David and Jerry’s Guide to the World Wide Web.’ Once upon a time, a wealthy house had a yellow telephone directory called ‘Yellow Pages.’ Thus David-Jerry’s directory was not for the telephone number but the website. The web was online, not like a directory book. A new variety of websites was being launched in that era. Finding a work website was a difficult task amidst the growing number of websites. So there was a need for a platform where websites could be noted and websites needed.

Initially, only Stanford students started using it. Its use increased, so it was renamed ‘Yahoo’ in the second year in January 1995. The term is derived from Jonathan Swift’s world-famous adventure story ‘Gulliver’s Travels.’ The story featured a powerful ape named Yahoo. Yahoo as a site was also incredibly powerful, so the name wasn’t wrong. It is usually abbreviated from a long name, but after the naming of Yahoo, its long name was changed to ‘Yet Another Hierarchical Organized Oracle.’ Later a surprising icon was also added as a company called Yahoo was making the sauce.

Yahoo’s search engine was launched so that names could be searched from the directory. Yahoo didn’t have a strong competitor at the time, and the feature was good, so the popularity grew. Taking advantage of this situation, the company entered the stock market in the second year and was able to accumulate assets of 89.6 million dollars. That amount was too much to run and expand the company. It was extraordinary in those days.

In two years, the number of page views of the website has increased to over 1 billion. Yahoo also spread its wings and started operating outside the US in countries like South Korea, Australia, New Zealand. Yahoo made a fresh start by constantly reporting on the ‘Winter Olympics’ in Nagano, Japan, in 1988. With the advent of the mobile phone age, in 1999, Yahoo launched a site that could be opened on mobile. Yahoo was launched in India in the year 2000. Shammi Kapoor was specially present on the occasion as the words ‘Yahoo …’ were used in his film song. At that time in America, the fashion of valuing technology companies was very high. At the time, Yahoo’s value soared to hundreds of billions of dollars, which was wrong. The wrong figure was higher than the total net worth of decades-old American companies Ford, General Motors, and Daimler Chrystal! 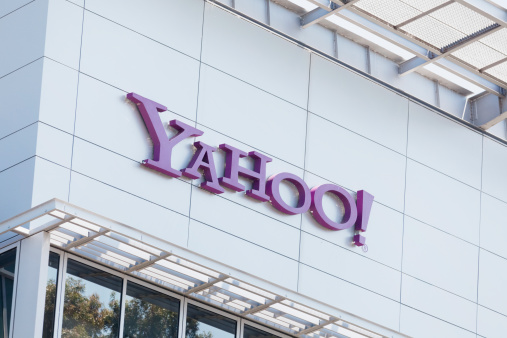 But at that time, the era was of Yahoo, so no one noticed the flaw. But after a while, a bubble called ‘dotcom bubble’ burst, and many companies flying to Assam landed, some even sinking. Fortunately for Yahoo, that did not happen, but the value dropped to 10 billion dollars. On the other hand, due to the mail service, messenger, news, sports, etc., Yahoo’s web surfing class was growing.

Companies that are successful in the world of the Internet are spread all over the world in a very short period. The same thing happened with Yahoo. The company got both names and prices. In 1996, there were only 50 Yahoo employees worldwide, whose job was to make the site more visible. The adjustment was made, and the site was viewed. In 1999, the personal wealth of both Yahoo’s owners reached 8 billion dollars.

In 2001, Yahoo became the most visited site in the world and maintained that ranking for a year and a half. Then another search engine named Google came into the market. Yahoo offered to buy Google in 2002, and Google demanded a high price of 1 billion dollars. After some time of discussion, Google stopped thinking about selling … Once again, there was an occasion when Yahoo was preparing to buy Google. That deal didn’t work either. The story is long, but in short, Yahoo was on the rise. Yahoo’s executives may not have known it that there could happen a downfall after the ascent.

And then the Downfall.

The fall also began. Yahoo’s value plummeted after the dotcom bubble. Yahoo bought many companies, and some of them were of no particular use. So didn’t buy companies like Facebook. For instance, Yahoo had the opportunity to buy Facebook for 1 billion. Yahoo missed the opportunity. As such, decisions were made one by one; the rival Google was providing the service that users wanted. Google’s Gmail feature came against Yahoo’s email service. Not only Google but also some other net-services came in, which Yahoo got into trouble. Just like there was a service called ‘Yahoo Answer,’ people today use ‘Quora’ instead. Yahoo bought the photosite ‘Flickr’ and initially used it a lot, but now in the age of ‘Insta,’ there is no buyer of Flickr. Yahoo’s music service was ‘Broadcast.com,’ but people use Google’s site ‘YouTube.’

So at the beginning of the 21st century, Yahoo dominated for a while, but then Google took its place. Google, as a search engine was easier, faster, and more useful than Yahoo. The husband just went there. People forgot about Yahoo and started using Google.

Alibaba, a then-new Chinese company, bought a 40 percent stake in Yahoo in 2005 for 1 billion. Instead of staying with him, Yahoo parted ways with Alibaba in 2012. The growth of Alibaba, one of the world’s largest e-commerce companies, is not unknown today. If Yahoo had joined, its popularity would have skyrocketed, and its wealth would have reached over 80 billion.

Yahoo made one more mistake by making Marissa Meyer as the CEO. Marissa made many decisions that overwhelmed Yahoo. In particular, Marissa bought 53 companies, large and small, all of which may not have been useful to Yahoo. So when Yahoo was sold in 2017, Marissa also had to resign from Yahoo. Then there were the controversies over whether data was safe in the name of Yahoo, whether it was providing information to the government, whether it was content that was banned. The company was not in a position to benefit or lose from those controversies.

The Two founders of Yahoo

Jerry, who was born in Taiwan in 1968, was the originator behind Yahoo. After coming to America in 1978, he was educated there. He studied electrical engineering from Stanford University. Jerry, the founder of Yahoo, was also the CEO from 2007 to 2009. He left Yahoo in 2012. 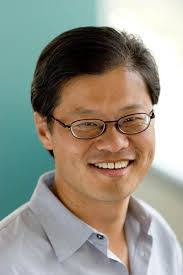 Born in Wisconsin in 1966, David met Jerry at Stanford. David took admission here for a master’s degree. While doing his Ph.D., he had to find and save many links, and he decided to develop his search engine to get rid of that problem. It is still affiliated with Yahoo. 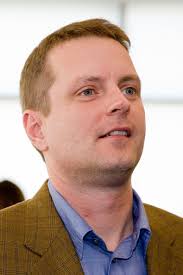 Yahoo is not locked at all; a large number of its fans still use Yahoo and are also satisfied with Yahoo’s service.

As of January 2020, Google is arguably the most used search engine in the world. Google’s users are 92.51 percent, Bing’s 2.45 percent, and Yahoo’s 1.64 percent. Most of Yahoo’s users are in America. About 49 percent of all traffic comes from the United States alone. Yahoo is then used in countries like Taiwan, UK, France.

By compiling a list based on web traffic, Yahoo is ranked 12th among the most visited sites in the world, according to the ranking of Site Alexa. That is the twelfth most popular site in the world. Users who visit Yahoo’s site spend an average of 4.26 minutes.

Gmail has the highest percentage of users at 27.8 percent. Then there is Apple’s mail service, Outlook, etc. Yahoo Mail accounts for 6.3 percent of the most used mail services and ranks 6th.