The Latest Space Discoveries that will blow your mind 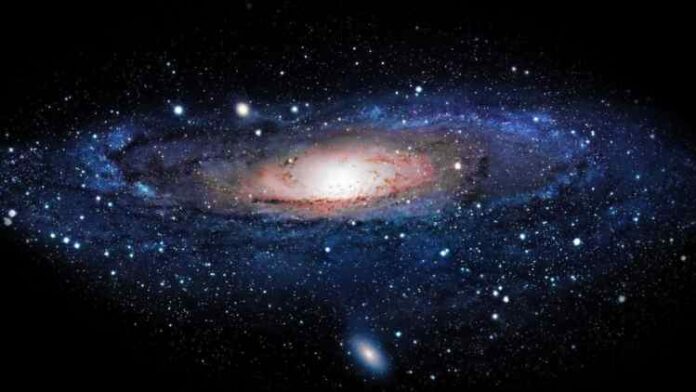 The Universe is so vast and full of mysteries. It is believed that the Universe came into existence around 13.8 billion years ago. Space is an area of research, constant discoveries, and infinite possibilities. Thanks to the various scientists, explorers, Space stations of different counties, and technical advancements, we now understand the space mysteries, which would never have been possible in the past! At first, let us take a look upon upcoming space missions(2020) in the world. Apart from India and ISRO, countries like Europe, China, and the United Arab Emirates are also eyeing upon the red planet, Mars, and are getting ready to send orbiters on it. While China is planning to send three spacecraft on Mars, the European Space Agency (ESA) is collaborating with Russia to send a rover to collect the evidence of life and study the topographical, geological, and biological atmosphere of Mars. The rover is named Rosalind Franklin Rover. While NASA and ISRO are also planning to send space crafts and begin their space exploration soon. Mars has become an area of favorite space expeditions as there is the possibility of water and even some organic compounds. The red color of the planet is also expected because of the presence of alien microbes.

Astronomers are constantly finding new particles and alien elements in the space, and according to the latest discoveries, 19 alien objects, basically icy asteroids with comet-like properties are found orbiting between Jupiter and Neptune. The astronauts are considering these as alien objects possibly from another star. These asteroids of interstellar origin were found moving in a perpendicular orbit to the plane and very very far from their original disc, where all other planets of the solar system and other asteroids orbit the Sun.

Evidence of Water On Jupiter’s Europa and other satellites 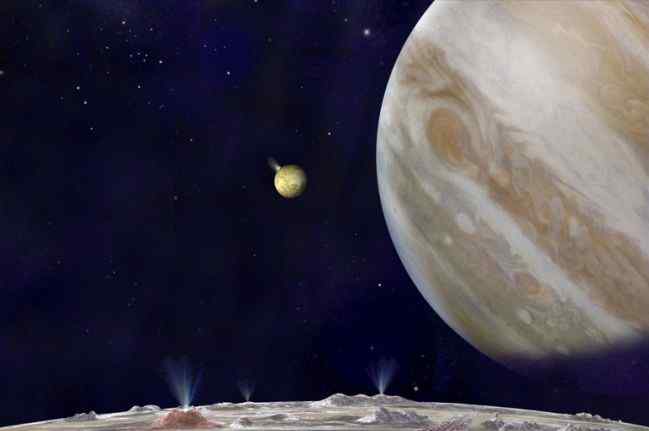 Jupiter has 79 moons that are known to the scientists, and with a possibility of more moons orbiting the biggest planet in our solar system, a prime planet for space research observations. One of its moons, Europa, is found to be covered in a thick layer of icy crust. Water is seen spouting out from its surface! This discovery has opened a positive possibility of water on the Natural Satellite of Jupiter! The reports are as per research done by the European Space Agency (ESA) as they are planning to spend three years of study on Jupiter and its moons in a few years. The mission will be named “JUICE.” The scientists are sure that Europa has enough oxygen to support life.

Scientists have recently found a black hole near our solar system. Black holes are a fascination area of space discoveries and always raise curiosity among the astronomers and space scientists as there are millions of black holes in the space. Black holes are formed due to the gravitational collisions between two dying stars. This results in too much gravitational force and formation of black holes with such a high amount of inward gravitational pull that nothing can pass through them, not even light or electromagnetic waves. It is the most profound theory of the formation of black holes. The Blackhole found recently is just 1000 light-years away in the constellation called Telescopium, and it is named M87. Scientists also believe that there are many such enormous black holes in our milky way and beyond. The giant supernova blackholes that lie at the center of the galaxies can be millions of times as massive as the star!

According to the Einstein theory of relativity, that verify the formation and existence of the black hole, wormholes can be defined as the passage between two black holes that could be the shortest possible passage through space-time across the vast, ever-enlarging Universe! Wormholes and black holes are not seen with eyes, or even with very sophisticated telescopes. So, it’s very hard to depict, but scientists are assuming that through wormholes time- travel is possible. It’s still an area of high research and debate, and a lot more discoveries are to be made to support this possibility.

Water is confirmed on these planets and Satellite!

Earth’s natural satellite, the moon, is very much in the news because of the presence of icy rocks in the southern pole, and this was confirmed by ISRO. According to newer reports, water is seen splattering and escaping the rocks to the lunar surface. Meteorites striking on the lunar surface could be causing these wonderful effects that are very good news for searching for some life. Chandrayan -1 discovered the water in the moon’s soil. The findings of water on various planets and satellites have now given new dimensions to the possibility or future possibility of alien life! To date, 23 places are in our solar system that is containing pieces of evidence of traces of water, including Jupiter and its moons Europa, Ganymede, Saturn, and its moons Titan, Mars, Pluto, etc.

Alien planet in the formation state and discovered! 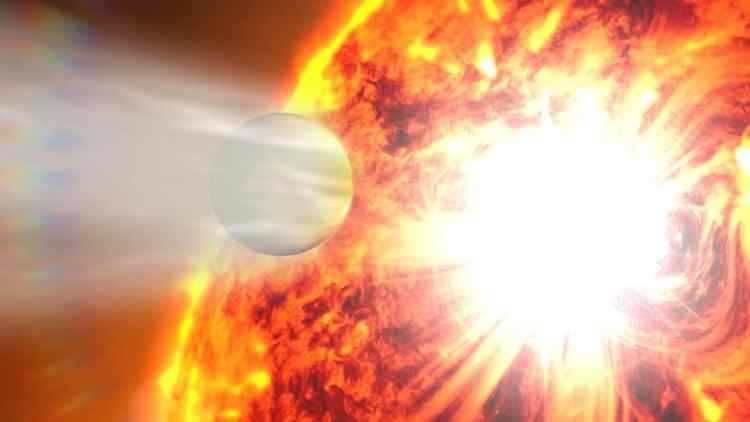 It is for the very first time in the history of scientific discoveries that an alien planet is discovered by scientists who are very young and in its formation period! It’s alien as it is being formed in another star called AB Aurigue, and the views taken by the telescope were spectacular. The newly found planet’s mass is somewhere between 5 to 35 times the size of Jupiter. The European Southern Observatory used a very large telescope, and it spotted a spiral structure within a swirling large disc-like structure around AB Aurigae. It is a great breakthrough as it takes several millions of years for a planet to form, and to capture the scene is considered a big achievement. To date, more than 4000 exo-planets have been discovered that are beyond our solar system.

Dark matter and how they are formed?

About 80% of the matter of the Universe is the unknown, invisible dark matter and the remaining 20% constituting Dark energy and normal matter that we can see. Yes, the normal matter which we can see only constitutes 5-6% of this vast evergrowing and ever-changing, expanding Universe. X-ray telescopes have discovered vast gaseous clouds in clusters of galaxies. The newly found gaseous galaxy is named DLA0817g with a mass of 72 billion times our Sun, and its rotating disc galaxy. It takes around millions of years to galaxies to get cooled. It is now a proven fact that the dark matter interacts with its gravity, and in the space where so much high energy is produced, dark matter is the most important element in the formation of galaxies. Dark matter comprises weakly sub-atomic particles or probably some new kind of elementary particles that are yet to be discovered, but their presence is felt in the space. As these particles neither absorb nor reflect or even emit light, it is very hard to be detected by electromagnetic radiations, but most scientists believe that dark matter is responsible for the unexplained behavior of stars movement within galaxies. Neutrinos can be the fundamental ghostly particles that pass through everything. In other words, they don’t react with anything of the matter origin. Still, when these subatomic particles called neutrinos are produced due to very high explosions in the space, the neutrinos become highly energetic and can interact with the normal matter of the Universe! The black holes are filled with dark matter and dark energy.

There is just so much going in the space with technological advancement. The successful launch of Space-X by NASA recently, telescopes like the Hubble telescope and new space crafts like Orion multipurpose space crew vehicle and Boeing CST-100 star and our Chandrayan-3 and Gaganyan by ISRO and several others in the making, the Universe has become a small place as we are now getting more awareness about the space discoveries and more fascinating things are being discovered that are truly unbelievable and astonishing to common people. We just have to wait and watch and see the world’s space scientists and explorers making new histories with each passing day!

Asteroids to fly towards Earth in June! 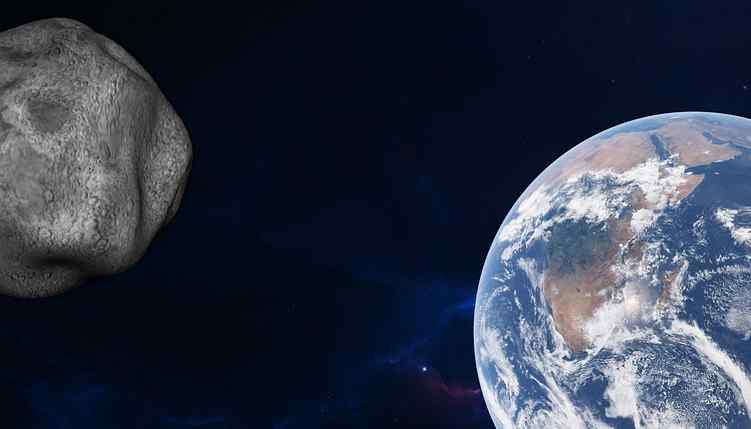 Recent studies done by NASA’s Near-Earth Objects Browser (CEO) has revealed the fact that a number of fast-moving, large celestial rocky masses will fly and pass very close to the earth. These asteroids are very massive and are moving at high speed. Some of the asteroids have already been witnesses recently! Asteroid 2002 NN4 has already made its close venture towards earth today, and it is very big in mass, not only this, two large asteroids have already flown on June 4th and June 5th respectively! A giant asteroid named 2020KN5 and 2020KA6 has flown towards earth though they haven’t caused any damage to the earth’s orbit, scientists are finding why such asteroids are moving and coming towards earth in a row? Of few more asteroids moving closely towards earth, scientists and space researchers are quite interested in another asteroid that will be most closer to earth on June 24th, 2020. The asteroid called 2010NY65 will head towards earth on the morning of the 24th of this month.

So, besides the Corona outbreak and lockdown, there are many space discoveries going on in this Universe. The Universe is so unpredictable, and each moment has a new discovery.