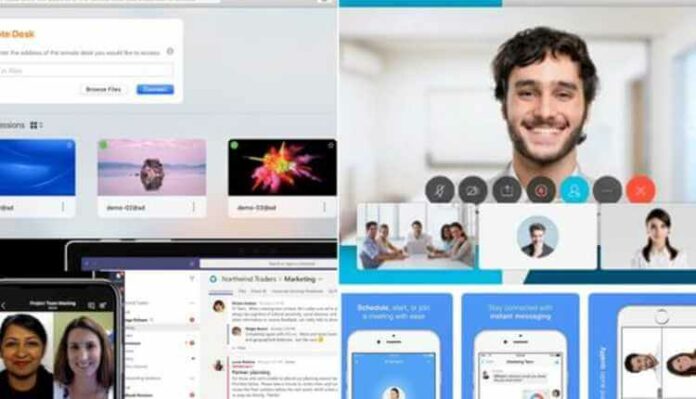 Since the lockdown was deployed, India and the world has been facing severe communication issues. Common meetings and gatherings were halted from government offices to private organisations. When it comes to education, schools and colleges throughout India were ordered to stop any classroom offerings to students. Same case the world is facing in the COVID 19 era. To overcome the situation, institutions started to search and apply the communication tools, websites and products available online. Due to restrictions and social distancing, the online medium of communication was the only weapon to fight the communication gap and continue the work at several workplaces like government, private, school, college, and even personal communication also. As a result, some good options were found online in which zoom was the most considered after testing by multiple schools, colleges and offices.

In April, the zoom software and app were not only downloaded but also purchased in vast quantities by institutions to get advanced and optimum performance. Educational institutions started the sessions in the form of video calling offered by zoom along with offices throughout India. Zoom communication as video calling got a rapid boost when people found that the service is available for all platforms being used like Windows laptops, desktops, android devices, iPhone, iMacs, and other operating systems. Everything started well when the government of India and various security firms began to warn people to use zoom communication and video calling.

The 5 reasons why the Govt of India and other security firms warned from using ZOOM are:

There are several cases found throughout the world where the hackers have shown up hacking the zoom meetings and even the system or device a person is using. DOS attack means “Denial of Service” attack. It refers to an attack done by cyber hackers to occupy a computer, android, ios, and a network resource making the devices or resources unavailable to its owned and intended users. Hackers have been using such software and apps by hacking it and charging the owner to let them use their device further. It is considered as a serious cybercrime; however, technology has advantages and disadvantages too. It is up to us how we use the available technology. Whether one is using ios, windows or android device, the risk lies everywhere and loopholes in the Zoom video callings and software is attracting the hackers. There are several incidents where an unauthorised entry has been seen in Zoom meetings. As a result, the government of India warned the people, along with other security firms related to online services and technology. The Cyber Coordination Centre (CyCord) under the Ministry of Home Affairs, Government of India, looks after all cyber-related issues for India. The body released a detailed advisory on Zoom video callings for people. It also stated that Zoom video calling should not be used by government offices for their official meetings and purposes as considered not safe. Latest advisory by CyCord includes the guidelines for ordinary people so that they can use the Zoom for video calling and conferences safely and only for non-official purposes avoiding a DOS attack.

Also, read the 10 Software and apps to conduct and host live classes in India for free.

Zoom is considered highly vulnerable and unsecured platform that not only can allow cyber hackers and criminals to hack the device or service being used but also they can steal sensitive and confidential information. Hackers can access the meeting details, conversations and even the recordings done via zoom platform. In case a person has crucial banking apps, money related data stored in their device, or is having a video call conversing about finance and money related talks, their accounts are at risk. A hacker can access all the information as per the advisory released by the government of India. So, it makes it very clear why government offices and people who want to be secured in terms of data and device, will not use such an unsecured platform. However, one may use with strict guidelines as released by CyCord to use the Zoom platform safely. Security has been a significant issue in the world of internet and cyber-related platforms. One must try to be safe and adhere to guidelines and be updated if regularly dealing with internet-related platforms, especially for work and official tasks. Every day, online platforms are being updated and enhancing their security and features along with hackers. It brings to a conclusion to be highly secured and updated in all aspects of a platform like Zoom so that one can be secured enough to survive such a situation.

In the latest news, the cyberattack on South African parliament has surfaced everywhere gathering massive criticism for Zoom platform. The parliament at South Africa took over the old phase of physical presence, and the lawmakers were on a video conference using Zoom meetings and video calling amid lockdown due to corona. Parliament was on full force, and serious discussions were going on when hackers hacked the video conference of Zoom and flooded the meeting with pornographic content and images. Soon after the photos hurdled the video call, insult began for chairwoman of the parliament as hackers filled the meeting with racial and sexual insults indicating her as the target. As per Thandi Modise, speaker of the National Assembly, South Africa, she had already warned the authorities regarding Zoom platform being used for official meetings. South African parliament was hacked one more time recently when the virtual meeting was on among lawmakers via Zoom platform.

The Broadcast Audience Research Council (BARC) was the host of their broadcast via Zoom platform on “TV and smartphone consumption trend amid lockdown” for the people throughout India. The broadcast was going smooth when BARC had to stop the video call because of hacking detection. BARC had released the information of Zoom hacking to media in the latest news. It is evident that the government came into action and warned the people to use Zoom as the personal and sensitive data is at risk as per the incident. There is a national agency to fight cyberattacks named as Computer Emergency Response Team of India(CERT-In). As per CERT-In, use of Zoom platform in an unguarded way may lead to cyberattacks, leak of sensitive information and even lead to DOS attack. The BARC case prompted the Government of India along with many security agencies to react and guide people to save them from the vulnerability in Zoom. Many organisations and offices, including educational institutions, have ordered their employees to work from home amid corona spread. A warning had to come after such incidents frequently happening all over the world.

Agencies have warned the use of Zoom platform due to the finding that Zoom’s encryption is due. End to end encryption is required to safeguard sensitive information and data of the users when it comes to an online platform in the case of communication. As per reports, Zoom had falsely marketed one of the features as “end to end” encrypted. Zoom has admitted that they are encrypted and not “end to end encrypted”. There seem issue and confusion the statements released by Zoom regarding the encryption hence security. It has been noticed that Zoom is using personal cloud and space to store the user’s data like recordings and other information which can not be considered “end to end encrypted” as still data is at risk. End to end encryption means that the data can only be seen and accessed by the user only not even the service provider or the platform being used for the service like Zoom. So, here rises confusion and issues with Zoom’s encryption hence weakening the user’s data and making the information vulnerable.