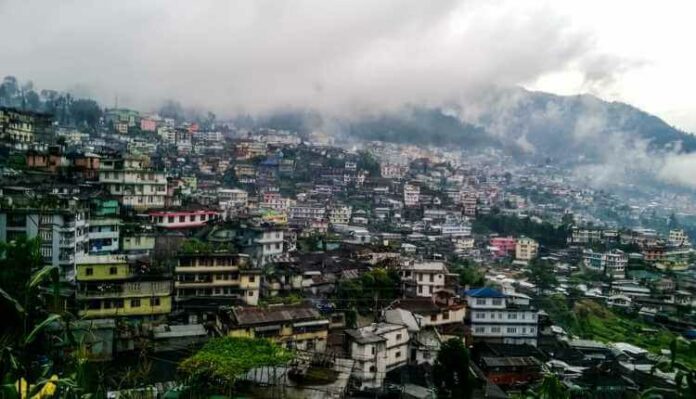 A small virus, COVID-19 which was first reported in Wuhan city of China in late December 2019 which has not reached almost all parts of the world and has created vast destruction and devastation which is still ongoing. Though the world has seen such pandemics and epidemics last few decades ago which included H1N1 influence, Yellow Fever, Spanish virus and Ebola, but still the numbers of reported cases and death in those pandemics were lower as compared to the COVID-19. According to the World Health Organisation, the biggest challenge similar to COVID-19 has emerged after World War II, which affected millions of lives and loss of property and resources.

However, we are slowly making out our way with the help of Government, doctors, law enforcement, police officers and the community helpers to make India a better place with minimal infection and fatalities. As per the statistics, India is currently the 14th worst affected country in the world, among the top 15 countries with the most number of Coronavirus cases. Also, we should not forget that India is the second most populated country after China if compare India with other most affected countries in the world we will find that Indian Government abled to control the infection at immense scale by taking ground-level actions and implementing strict norms which include Janta Curfew, Lockdown and Arogya Setu app campaign. Despite these implications, lots of disturbing things happened during the lockdown, including Tablighi Jamaat incident which we have covered in detail in What if Tablighi Jamaat case never happened?

Now India has entered into the fourth phase of the lockdown with more relaxation to the public, companies, shops, market and gatherings. The fourth phase of the lockdown will be, which will be applicable until 31st May, which may be extended further if needed. The Government of India divided the various infected areas into different zones and hotspots based on reported cases. The situation in the specific area the Government lifted some restrictions while granted right to the State and UT Government to decided what should be restricted and what should not as per the Guidelines issued by the Ministry of Home Affairs for lockdown 4.0. Also, the Government of States and Union Territories now have the power to trace the Red, Green and Orange as per the norms and numbers of reported cases.

The Chinese Virus has not only affected lives but also destroyed livelihood, employment, education and health sector. It made millions of people to migrate from cities to their hometown as they were left with no source of income, food and no place to stay. Despite the restrictions on all types of transportation, migrant workers choose to go home by walking thousands of kilometres and keeping in mind the situation, environment, climate, population factor etc. It has affected superpower nations most as compared to the developing countries like Italy, Spain, the USA, and the UK suffered most where the health infrastructure was best and world-class.

The 5 States in India, with no reported Coronavirus COVID-19 Cases, are: 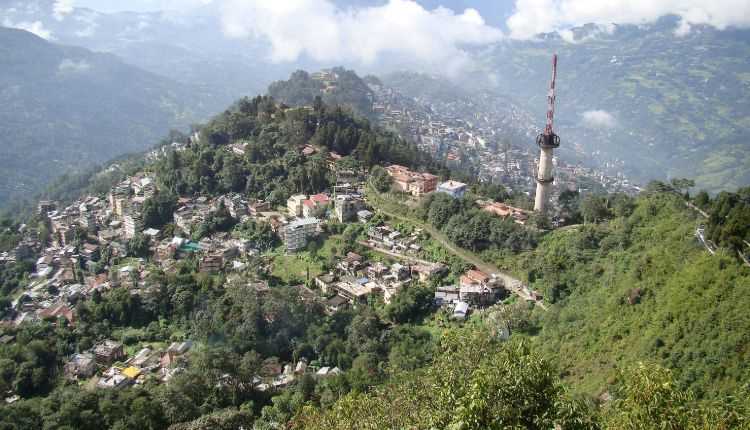 This State has not recorded a single case of COVID-19 and has won the battle against the Pandemic. The State has been admired for following the rules and implementation of lockdown. The hilly Indian State shares a border with China. As in that case, it was on high alert, and it issued the mandatory screening at all borders, and it is one of the first State to start screening. The State Government announced the countrywide lockdown much long before. It started following the required steps and didn’t wait to get announced to start compulsory border screening which is some of the essential and necessary steps taken in regard to COVID-19 spread. The State also ordered a ban on foreign tourist from the starting of march month when the tourist season is about to begin. All educational institutes, along with public places, would also be remain closed till further notice. As prevention is better than cure, even after reporting no case, the local government is taking a new decision over shutting down tourism sector till October this year. 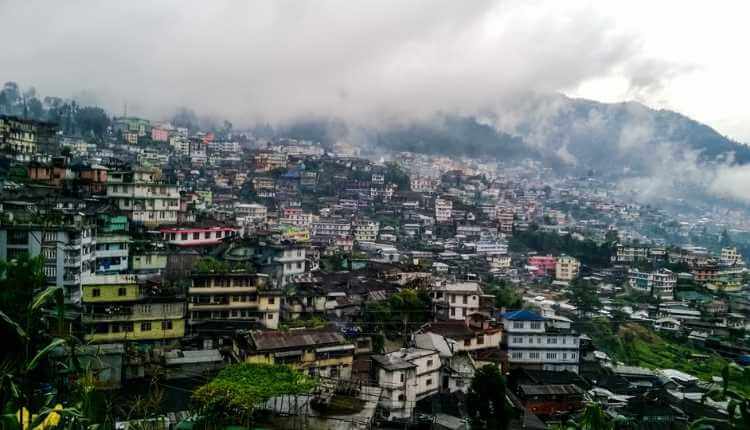 There is no Coronavirus case in this Northeastern state also. It is claimed that there is no COVID-19 positive active case. With Nagaland, many other parts of the Northeastern region is fairly untouched by COVID-19. The regions have been apprehensive about infection through the returnees from the red zone or from elsewhere in the country unless they undergo a medical examination and are quarantined. State officials believe prayers have kept the State safe from the contagious virus. Since it also does not have an adequate health infrastructure to deal with an outbreak which is a cause of concern. It set up its lone testing lab for COVID-19 in Kohima after direction from the high court but has not been able to make it operational due to the non-availability of essential supplies. Under the present circumstances and given the limited infrastructure we have given our best and managed to prevent Coronavirus though there is a lot more to be done especially in the health sector as told by Chief Seceratory Temjen Toy. At present Nagaland send samples to Assam and Manipur for testing. But with all this situation also the State has proved itself in dealing with this Pandemic. It is the hard work of the health workers in dealing with the suspected case as said by Tejman Toy. 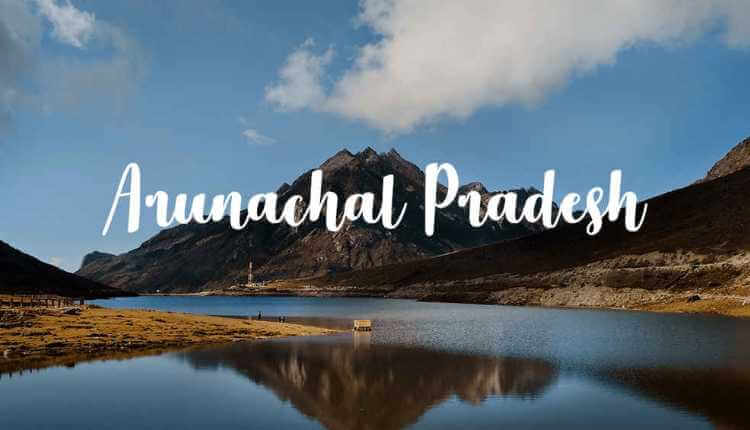 Arunachal Pradesh Health Minister Alo Libang inaugurated the State’s first laboratory at a hospital for conducting COVID-19 tests, making it the third State after Assam and Mizoram in the North East region to have such facility. Arunachal Pradesh bordering China become the third corona virus-free State after the lone patient a 31-year old was discharged from hospital. The man from Medo village had attended the Tablighi Jamaat congregation. He tested positive for an infection and since then was kept in an isolation ward at the Tezu zonal hospital. The Arunachal Pradesh Government has asked the citizen to show solidarity and maintain social distancing in the ‘war’ against Coronavirus in the State. The State was on high alert as early as March 7 when it banned the entry of foreigners, especially since it shares a border with China. It has a rapid response team in place at District and State levels to contain the spread. 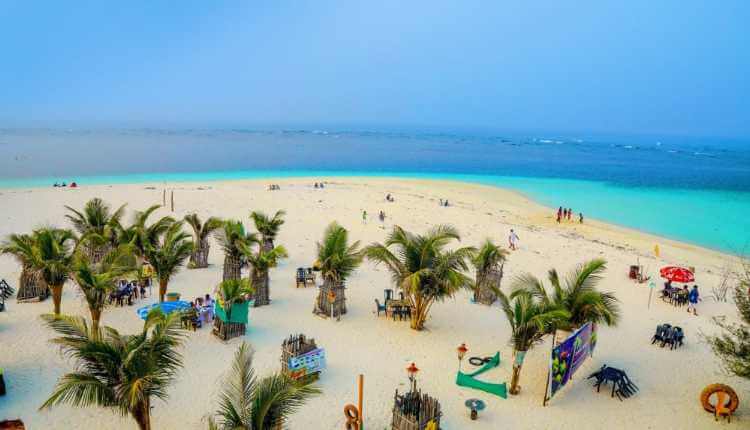 The tiny islands of Lakshadweep which has a population of more than 65, 000 people have not reported a single case of COVID-19 yet, even though they are geographically close to Kerala and depend on State for necessities. It is the Union Territory consisting of 36 islands. The islands are abundant in the supply of fish and coconut. Generally, many residents work on ships and sail off to other places. Medical facilities in the islands are also in a primary stage. Medical emergencies are rushed to Kochi by helicopter. Groceries, vegetables, medicines and other necessities have to be brought from Kerala. The administration has stepped up procurement of medicines and essential items in the wake of the COVID-19 crisis. Strict screening of people entering and exiting its territory has helped this Union Territory widely. Till now islands have retained their clean, sanitised image despite the peak anxiety about the spreading of the virus. 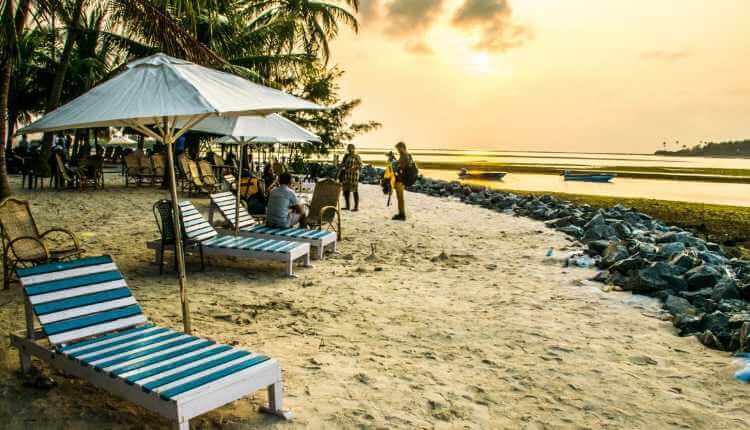 The Union Territory has successfully till now avoided the Coronavirus infection and has not reported a single case of this deadly disease. Directions for lockdown issued by the Government of India are strictly implemented. A unique initiative of free distribution of hand sanitiser to all the households and all the shops selling essential commodities is being done in the Union Territory. The administrator of Dadar& Nagar Haveli, Daman & Diu Praful Patel said the borders of DNH, Daman & Diu would continue to remain sealed for outsiders. Our dedicated transport vehicles will continue to bring essential goods, medicine, vegetable, fruits and poultry etc. in DNH and Daman from Vapi. People have been appealed not to venture out frequently to purchase things. Since restrictions have been followed religiously by the residents, they till now got success in keeping the virus at bay.

So, these are some places where Coronavirus has not created that much of havoc. Hence taking the inspiration from these places following the rules and regulation hope other States also become like these. And may India be free from this virus soon.