Animals who are faithful to their partners throughout life 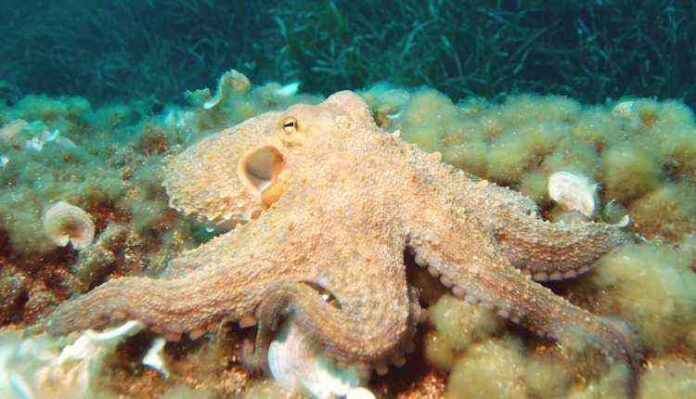 The 6 Animals who are faithful to their partners throughout life are: 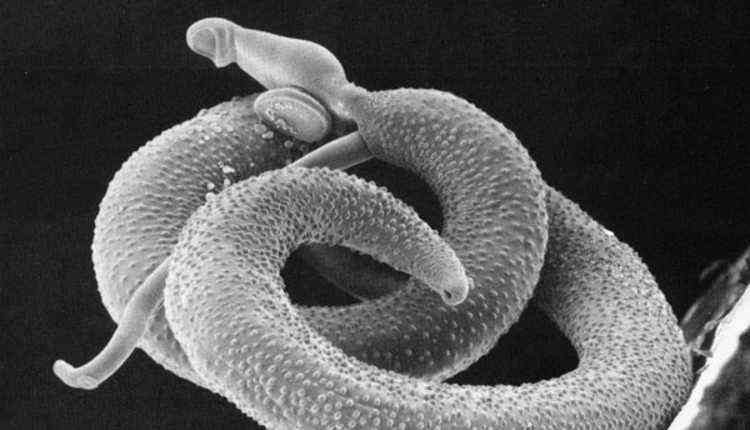 These waterborne parasites are transmitted from freshwater snails to humans. They live in the blood vessels of humans and cause intestinal schistosomiasis. But we are not here to talk about the symptoms, prevention, cause or treatment of the disease. We are here to talk about the romantic aspect of their life. It attaches to the human body (like feet) and penetrates through the epidermis and deposits larva there. These larvae feed on the lymphatic system and the lungs. The larva migrates to the heart and begins to look for the one and only: their mates. There they begin to start pairing together to live a monogamous life. They travel through the mesenteric veins (it drains blood away from the intestine), and together reach the age of sexual maturity, producing about three hundred eggs every day. These creatures are dioecious, hermaphrodite and show in copula (permanent partnership). They show asexual development in freshwater snails and sexual development in humans. 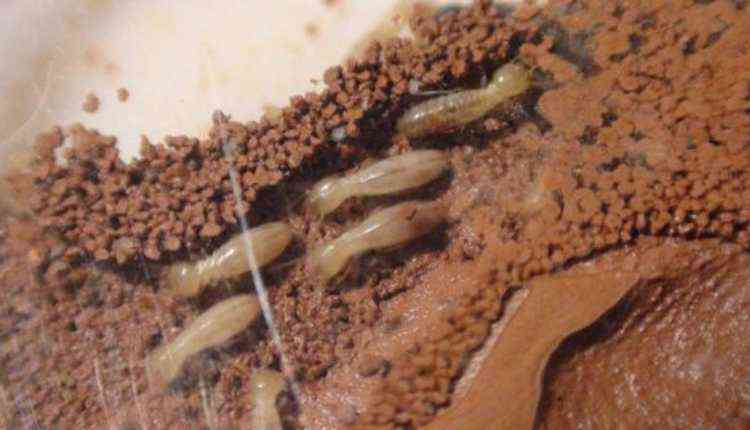 Termites are the bane of human existence. What with how them feeding on furniture, doors and windows, ruining everything around them with their little, sandy houses. Although for some termites are also seen as a delicacy. But these creatures to have a romantic reproductive backstory. Termites are easily one of the most successful insects on Earth.

They show caste system with the king, queen, secondary and tertiary queen, workers and drones. The king and queens are fertile. Queens are responsible for laying eggs and the king mates with her for life. (Henry V quaking thirty-six feet underground). The queens develop reproductive winged alates and along with a swarm of other potential mates, do the courting dance referred to as nuptial flight. Alate males and females pair together and begin their search for a place to start a colony. Only after finding this spot, do they mate. They create a chamber, close up the entrance before starting. Throughout the process, they never emerge out of the chamber.

In case, there is no queen, and the king releases a pheromone for development of a replacement queen. But he only ever mates with one. You might also read the 10 Life Lessons Every Single Woman Should Learn To Follow. 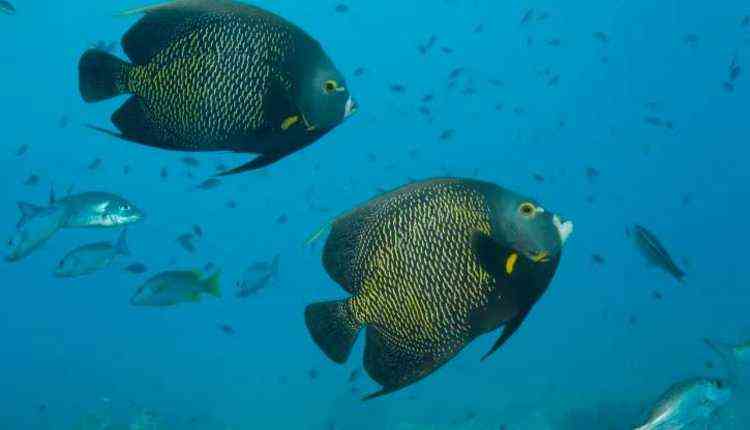 Angelfishes are pretty to look at. You probably saw on in the movie Finding Nemo. These fishes are oviparous and monogamous. The spawning pairs are incredibly territorial and both with defending their territories, till death. Live together, die together, much? They will protect each other from threats and keep potential suitors at bay. If you watch Asian dramas, they might remind you of the main couple and their antics. They do show tendencies of eating their young ones due to frequent inbreeding. Anyway, if one of the times, the other refuses to mate with another fish and choose to be celibate throughout their lifetime. The couple begins to search for a place right enough to lay eggs, spending time to make the conditions suitable by removing alga and other debris from the sight. The female deposits a line of eggs on the surface after which the male fertilises them. Both the parents care for the young ones, taking turns to maintain the rate of water circulation by moving around the eggs and fanning with pelvic fins. 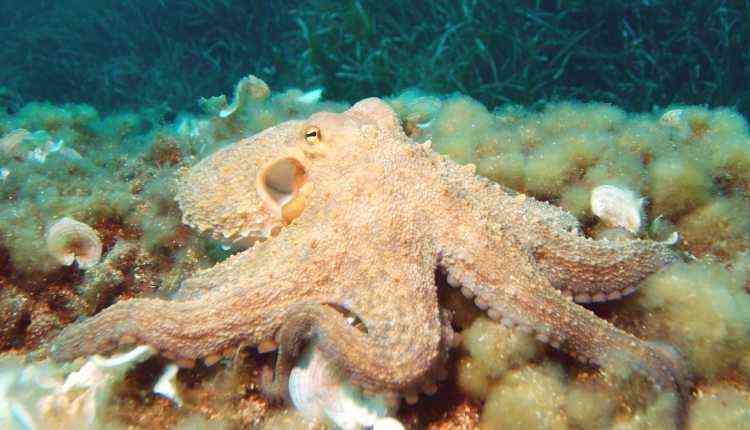 There is no doubt that octopuses are intelligent animals, often referred to as the brainiest of all invertebrates. They are especially popular in Japan and not just as food. Contrary to their depiction in Japan, these giant monsters with eight tentacles are big romantic at heart, giving their soul to the one and only. Although here is the thing, most octopuses engage in a behaviour known as sexual cannibalism (i.e., during the process of copulation, they might end up eating each other) so we are only going to talk about one species of octopuses. And that is Larger Pacific Striped Octopus. Unlike other octopuses, they do not engage in sexual cannibalism, preferring to do it face to face with their ventral sides touching, beaks and suckers pressed together intimately. It is quite contrary to other octopus’ who though mate only once in their lifetime, do it from a preferable more considerable distance or by mounting. They can also spawn multiple times. 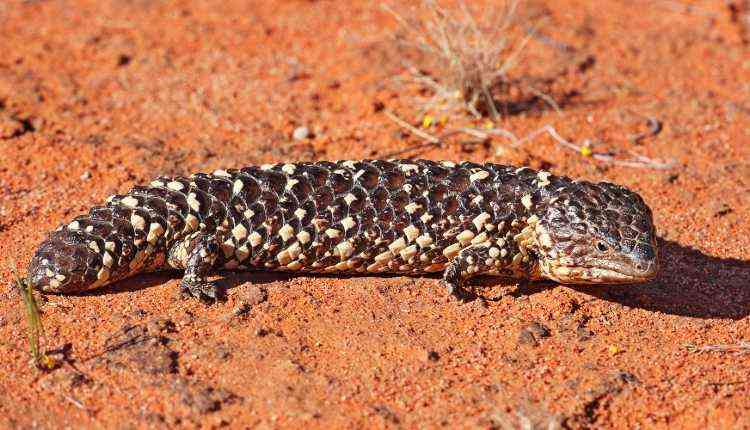 These are found in Australia, and all the four subspecies are together known as bobtails. These cute little reptiles are popular as pets (and you with some deliberation, education and a permit, you can too!) Anyway, these are monogamous. Breeding can occur outside of the breeding period, as well. And in the wild, it has been shown that mated pairs return to each other during the breeding season to mate once again. The young remain with the parents for a few months before leaving. But always stay close enough. Thus, in wild if you find one blue-tongued shingle back, you might find a lot more. The males sacrifice food while guarding the mother and children, choosing to eat less and stay alert in case of potential predators or some other danger. It helps that their hearing sensitivity is quite incredible (they can hear up 100 Hz). 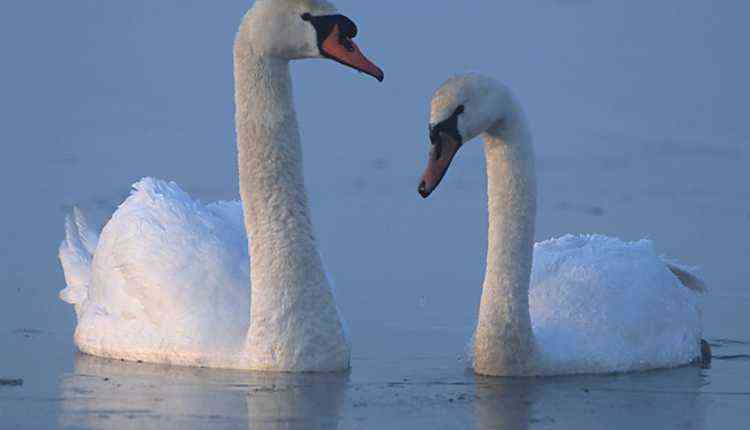 While we are talking about everlasting love in animals, how can we ignore animals which represent love for humans? They reach sexual maturity at the age of 4 to seven years, pair up and live together until they die. They form monogamous pairs that last till a lifetime.

You may also like to read Love Just Loves: Heal Yourself With The Practice Of Self-Love.

These bonds are not broken even in migratory swans which are saying something! They make nests near water and males help in the construction of nests. Male swans also help the female swans incubate the eggs. Both of them are so protective of their eggs that they will attack anyone who comes in the vicinity of their eggs. So violent is their protective nature that they lose the emotion of fear, fan their wings to hit the probable predator and use their beaks as if to remove the eyes. In one notable case, a human died by drowning because of this. Mute swans lay four to ten eggs. Their kids are called cygnets.