Bacterial Blessings: Bacteria that have been helping us in many ways 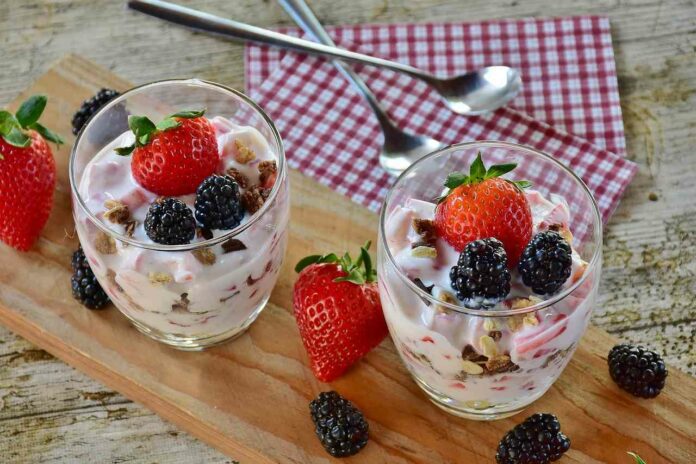 We are not entirely human. Steven Gill, the molecular biologist, proved this fact through his studies. He asserts that many bacteria are present in our body that are taking care of us. These microbes are essential for our body functions like digestion and immune system. It is astonishing to know that we are like an amalgam, a mixture of bacteria and human cells. Bacteria is native to our body and may provide clues to our diseases, nutrition, obesity, and how well drugs work on us. It is unbelievable, but true that ninety per cent of the cells in our body are bacteria.

Bacteria ferment idli, dosa and uttapam that we take for breakfast among others. These types of microbes are known as ‘probiotic’ because they are protective as well as therapeutic against a variety of disorders. The bacteria bring about desirable alterations in food quality and fermentation preserves and predigests the food. Probiotic food items have been used as preventive supplements for many ailments, including gastrointestinal disturbances and cancers.

The microbes may be useful to prevent alcohol-induced liver damage, a common condition in many societies.  Studies suggest that oral probiotics could be superior to conventional therapy in the treatment of hepatic encephalopathy, a common and dreaded complication of liver disease. India has probably the most diverse fermented foods like idli, dosa, dhokla, khaman, bhatura, kulcha and the traditional dahi. Fermented foods, especially dairy products, contain specific strains of bacteria that promote the health of the gastrointestinal tract.  The probiotics deprive pathogens of nutrients necessary for their growth.

You might also be interested in knowing about the 5 Medical Oils For The Body In India For The Winter Season.

A cup of yoghurt has more live beneficial microflora than a cup of cooked, fermented foods. Lactobacillus, a bacteria in milk, may suppress the growth of Helicobacter pylori, which causes peptic ulcer. The microbes also promote bone density by absorption of calcium and magnesium from the intestine. Some of these bacteria can break the milk protein casein into smaller units and provide relief from different allergies or intestinal inflammations. Studies have revealed that probiotic bacteria help to increase immunoglobulin levels in infants. Fermentation of milk produces specific peptides that inhibit an enzyme that tends to increase blood pressure. Some epidemiological studies also suggest that the consumption of fermented dairy products may have a protective effect against cancers.

Cleaning up the Environment

Few bacteria clean up the Environment by removing pollutants from it. These microbes are Rhodopseudomonas palustris, which cleans industrial effluents like chlorine, carcinogenic benzene and its derivatives and carbon dioxide responsible for global warming. When the light falls on this bacteria, it produces ammonia and hydrogen by fixing atmospheric nitrogen. We know very well that ammonia increases soil fertility and enhances crop yields. In addition to that the hydrogen produced could be used as biofuel. Scientists wonder that what makes this bacterium a biocatalyst that is never energy limited as long as light shines on it.

Leptospirillium ferrooxidans and Thiobacillus ferrooxidans have been used to purify one of the most abundant fossil fuel of earth, coal. Coal has many impurities when obtained from mines such as sulphur, oxides of nitrogen and heavy metals which pollute our environment. These microbes digest these pollutants to produce environmentally friendly fuel. Also, read Use Of Nanotechnology In The Field Of Food Science In India And Abroad.

It was revealed by Robert Dudler and his team of the Munich Technical University that a genetically modified form of a bacterium, Pseudomonas syringae py. Syringe (Pss), infects numerous plants and could help uncover a class of anticancer drugs for humans. The bacterium causes a brown spot on common green beans leading to the formation of a compound called syringolin-A which boost the microbe’s virulence. They were surprised to know that this compound enters the plant host cells and prevents a protein called the proteasome, from doing its job. Studies have shown that this compound syringolin-A has the capacity to shrink certain cancers, opening the doors to the possibility that this and similar molecules might be developed to cure various types of cancers.

You might also be interested in reading Love Just Loves: Heal Yourself With The Practice Of Self-Love.

The bacteria that cause frost damage to plants can help clouds to produce rain. Aerosols are also known to cause rain through condensation of the mineral particles. Airborne bacteria like fungi and tiny algae similarly do their job. Unlike mineral surface, living organisms can catalyse ice formation even at temperatures close to zero degree Celsius.

A microbiologist Brent Christner and his team at Louisiana State University at Baton Rouge has catalogued these rain-making bacteria at fresh snow collected at mid and high altitude locations in Europe, North America and Antarctica. After various experiments, the researchers were surprised to find rain making bacteria in all samples. The samples of snow collected from Antarctica had fewer bacteria than from France and Montana.

Biological particles do seem to play a significant role in generating snowfall and rain, especially at relatively warm and cloud temperatures. Scientists believe that the freezing ability also means that bacteria get out of clouds and comes back to the Earth more quickly.

Helps in curing the Sweat

Apart from social isolation and mental strain, excessive sweating can trigger skin diseases like itching, rashes and other infections. Scientists have discovered a way to check to sweat in humans using bacterium Clostridium botulinum which controls the function of sweat glands and sweating can be corrected.

It is also found that compounds in urine that points to some surprising differences affecting blood pressure are based not on genes but on what people eat and their gut bacteria. Scientists collected urine samples from 4630 people from various countries, and surprising links to blood pressure differences were found. Bacteria in intestines and colon help to digest and breakdown food and some of the compounds they release have drug-like effects, and these can be linked with blood pressure differences. Thus Humans and their gut bacteria have a truly symbiotic relationship.

Deadly diseases like tuberculosis, typhoid, anthrax, cholera etc. are caused by bacteria. So our instinct would be to look upon all bacteria as hazardous organisms. But many bacteria have been helping us in the number of ways. Let us hope in the years to come, more helpful bacteria may develop from taking care of us.