The Most Common Political agenda and election campaigns in India 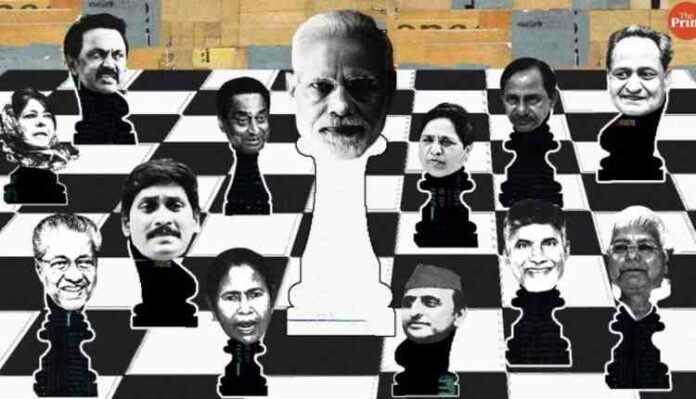 We cannot deny that poverty is still one of the major problems in India and it is still being used as a political agenda to get votes in the elections, but now a days in India people are witnessing completely a different agenda of distributing “freebies”. Political parties especially Aam Aadmi Party or APP known for distributing freebies be it free electricity, free water, free transportation in public buses to the women at the cost of tax payer’s money. The tax collected from tax payer’s should be used in the development of the state or the country instead of distributing “freebies”.

Today, these political parties offering freebies in the form of free electricity, free water, free transportation whereas, various basic services like free healthcare, free education, free ration (or food-grains) to the eligible citizens, free life insurance, free health insurance was being offered by the state and the Central Government of India. Now imagine a country with 1.5 billion people, which is offering almost all the services and the basic needs to its people for free at the cost of taxpayers money whereas, the percent of taxpayers is less than 0.6% or just 50 million. In simple words, in today’s date  if we estimate then every taxpayer is handling a burden of 3000 people. This is today’s situation forget about what will happen when these political parties will start distributing almost all the services and basic needs for free making almost every citizens unproductive.

Education as a Political agenda

We cannot deny that in today’s date the level of education in the government schools is not as good as that in the private schools, including the so-called “Delhi Education Model,” but on the other hand, we cannot disagree with the fact that the level of education in government schools is improving with various new modern teaching methodologies and with the help of the “New Education Policy 2020-2021″ introduced by the Centeral Government under the Hon’ble Prime Minister Narendra Modi regime.

The Hon’ble chief minister of Delhi, Arvind Kejriwal, and his party claimed and named Delhi schools for offering a “world-class education model,” but on the ground, when the CBSE 10th and 12th results were released, it became very clear that the proclaimed “Delhi education model” is nothing but bogus, which reflected in the test results and made Delhi one of the worst-performing states in the examination tests.

Healthcare facility as a Political agenda

Healthcare facility whether it’s about cheap to expensive medicines, pathology and radiology tests, OPD treatments, high-cost treatment such as neurosurgery, cardio-surgery, lungs surgery or cancer treatment et cetera is being already offered at various Government Health institutions like the AIIMS which is situated in the capital city of India, Delhi. Also, in the AIIMS institutions situated in the various other states of India, State government Hospitals, Community Health centers run by the State Governments are being offered at no cost or at very minimal cost.

The political party Aam Aadmi Party challenged the Central Government and the Assam state government for its so-called world-class “Delhi health model” offered at Mohalla clinics. In a nutshell, “Mohalla clinics” are similar to health shelters used by UNICEF and UNSECO in emergency situations such as war to provide temporary health care facilities. Now imagine that in the capital of India the health care services are at Mohalla clinics and named as the “World-class” health model then nothing would be more shameful than this. The capital of India should be known for its world-class health infrastructure and health-care facilities, where almost all treatments should be available, not just a few pathology tests and prescriptions of medicines at Mohalla clinics the so-called the “World-class Delhi Health Model.”

Corruption as a Political agenda

The International Transparency Agency and the the Indian Transparency Agency listed India to be one of the most politically corrupt countries having black-money in billions of dollars and thousands of bank accounts in the Swiss bank. The Bharatiya Janata Party took the initiative and used as the political agenda to bring the black money from foreign country and punish the culprits, but even after its three tenures the party failed to bring back the black-money.

The person who accused the Congress Party of being the most corrupt political party and said it should be expelled from the country. He fought for corruption with the help of social activist Anna Hazare with the goal of bringing back black money from foreign countries and giving punlishment to the corrupt politicians and culprits with the help of Anti-corruption bill and Jan Lokpal Bill. He further promised that his agenda is only to fight for the black money and not to form any political party, but later he broke his promise and formed a political party.

He not only formed a political party namely Aam Aadmi Party but also formed the government in collusion with the Congress Party, against which he had claimed to have a huge collection of evidences of corruption and in past he promised to punish the corrupt congress politicians if his party wins, but he joined hands with the same political party and formed the government. Although there was a lot of uproar, which compelled him to resigned only after 49 days after forming the government in collusion with the Congress party, and also named as “AK 49” by his political opponents.

After resignation he refought the elections in Delhi and won with huge votes and formed government, but at what cost? It was nothing, but the promises to supply 24 hours water, install 15 lakh CCTV cameras in Delhi, establish new university and colleges, establish new schools, provide free electricity, free water, free travel to women in public buses, world-class education model, world-class health facility and zero tolerance against the corruption.

But on ground the his party and he failed fulfill the promises, and using freebies like free water, free electricity and free travel to women in public buses to get votes and form government. Whereas, when it comes to his zero tolerance against the corruption, his party became one of the most corrupt political party. The Law minister of Aam Adami Party was caught in the fake B.Sc. and LLB degree case. Wife of Women and Children welfare minister of Aam Adami Party made complain against her husband for beating her and forcing his dog to bite her wife. Several CCTV footage were leaked in the public domain of inside the Tihar Jail where Satyendar Kumar Jain, Cabinet Minister of Aam Adami Party punished by the Hon’ble Court seems to getting luxurious punishment in the jail with TV, massage, food from reputed Hotels, fruits and world-class hotel like services inside the jail.

Arvind Kejriwal claimed that Satyendar Kumar Jain has medical issues and he was getting physiotherapy inside the jail, but later it was found that the person who claimed to be the physiotherapist is not a physiotherapist instead he is a rape accuse punished by the court under IPC 375 and POSCO Act for raping a minor.

Caste and Religion as a political agenda

India is known for its rare culture and as a country of various castes and religions. People from almost all religious traditions coexist in India, including Hinduism, Islam, Sikhism, Christianity, Buddhism, Tribalism, Jainism, and Parsinism. Hindus constitute the majority of the Indian population, with Muslims coming in second. Though Islam is the second most populous religion in India, no one should forget that India has the most Islamic followers than any country in the world, including Islamic countries.

No political party in India claims to be religiously biased, and it claims to treat all religions equally. But during the election campaigns, it becomes very transparent and crystal clear that almost every political party has its roots in a specific religion, whether it’s Hinduism, Islam, or any other religion in India.