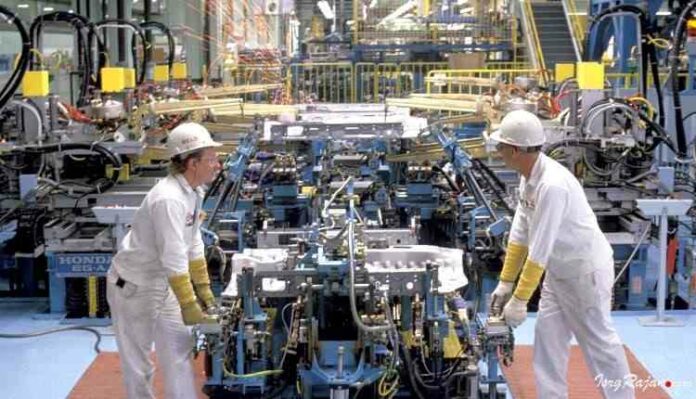 Manufacturing Industries in India have a high potential of flourishing by making considerable turnover and by realizing equal higher profits. Having a task force that comprises of a majority of youth, it is definitely a promising field to take up a career. A workshop can easily be set up, and business can be started. All it needs is certain capital, labor and some good ideas. But along with all this, if the process is standardized, then there can be manifold enhanced in the profit prospects.

Many industries that have the potential to flourish, are seen to work in a state of loss due to lack of standardization. It is therefore necessary to bring certain enlightenment about a Japanese concept called 5S which can be used to standardize the process in an industry leading to better business prospects.

In this article the terms involved in the technique of 5S will be explained along with suitable elaboration. It can be easily inferred that, whenever a standard process is followed, success is guaranteed. However, most of the industries lack the motivation to perform better and thereby hinder their prospects of a good business. The technique of 5S, if followed properly can help set up and run an organization, where things can take place at the right time and in the right manner.

The 5S technique comprises of five words that begin with the letter ‘S’. These have been mentioned as follows along with the original Japanese words:

5S implementation is a process and thus, each of the above mentioned steps has to be completed before moving to the next step.

The first S stands for “Sort”. In this step the material in a work space needs to be sorted in the following manner

In this step of sorting, it is required to identify the usability of the material and categorize the same into various groups. With this, only the needed material is in use and the unwanted material is kept at bay. This improves the motivation level since waste in the working area is minimized or eliminated.

The second S stands for “Set in order”. In this step, the material that has been sorted needs to be kept in a proper manner so as to avoid any type of confusions that may arise. This step implies that there is a place for everything and everything is kept in its place. This paves way to easy identification of materials kept at various locations in the industry. Additionally, the time required to search a certain material is also saved.

The third S stands for “Shine”. This refers to keeping the area clean and free from potential accumulation of waste. This automatically implies that when a particular place is kept clean, the person working over there feels the motivation to work. By keeping the surroundings clean, one can ensure more output through the given input to the system.

The fourth S stands for “Standardise”. In this step, standard procedures and method of work has to be documented so that any debutante can clearly conceptualize the process of standardization and can implement the same. This step also involves the setting up OS process that is based on the desired end product, thereby leading to a Lean Manufacturing system.

The fifth S stands for “Sustain”. When the previous four steps have been successfully implemented, it is necessary to sustain the same until certain new radical changes may be proposed by suitable and competent authorities. It is important to know that an Industry that can sustain its level of quality, can definitely increase the profits.

Having known the significance of 5S and their importance in Industrial point of view, it can be seen that by following five simple steps, a lesser yielding industry can be made to yield more profits along with prospects for business growth.