Don’t fool yourself: Age Gap Has Huge Impact on Your Relationship 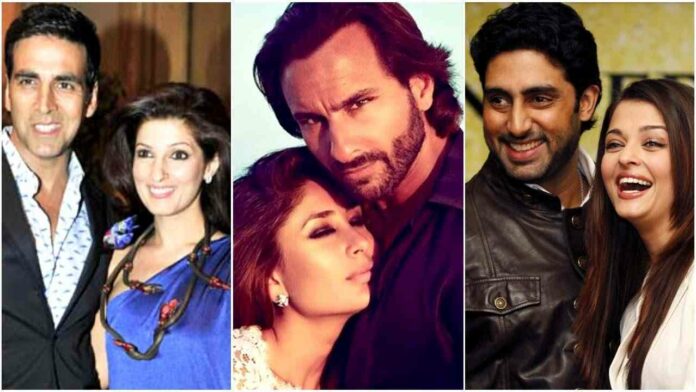 Age Gap difference surely has some major impact in relationships and the marriages. The difference we find is due to the maturity level and the understanding, in between the couples.

If you sharing this kind of relationship and planning to set up a family, and getting married then make sure you people are sharing a great compatibility bond in between, then only you may have a successful marriage or relationship. One has to belief marrying a older man is surely going to bring so many challenges in your life.

The main concern in this topic is, “How much elder your partner is, what age gap you guys share?” Couples with same age usually said to have a better compatibility which has lesser chances of failed marriages. Same or similar age couples do not face issues and challenges like Personal Physical, Social issues, struggle dealing with each others emotions and thoughts. The couple with an elder companion has to face many challenges. Your relationship has to be strong enough to withstand these issues and challenges. After the mean time in these relationships and marriages, the age difference itself turns out to be a problem and issue. The factor, How much age gap the couple has also has impact on successful or unsuccessful marriages. Research stated that most of the men opts to remarry a women younger than his age. Mostly couples who are getting married again choose the younger women or man, theory has stated. The minimal age difference of 1-2 years is though a good point, one will share a good compatibility and balanced understanding in the marriage.

Previously, In Indian villages parents use to choose elder groom for their daughters, believing they will share a good compatibility, however without knowing, if they will? They were forced to believe this due to the poor financial conditions. It resulted in increase of birth. And we look to present scenario then getting married to elder men or women has become a trend, is it a media controversy or Bollywood and Hollywood celebrities who are flaunting teenagers with their marriage sharing years of age difference with their partner. Believe it or not, Marrying a person 10-20 years older than you will get bundle of challenges to your marriage life. Many relationships have came across, where women tend to fall for elder man who are sharing their fathers age. Theory stated Couples with 10-20 years of age difference have 95% chances of getting divorced and unsuccessful marriage.

Why Women tend to choose man as husband who are at their father’s age? It has been concluded through theory, that older man has a stable financial background, thus this is one the reason women choose elder man as their groom.

But even after a good financial stand, one has to go through other issues in marriage life like, family planning and setting up, health issues, and few more, as they will cross the years of marriage. There might be few cases, where women fall for elder man for many other reasons like they may feel elder man are  more caring and loved. Many Bollywood and Hollywood celebrities have been seen sharing their marriage life with a age difference, out of which very few turned out to a successful marriage and many ended up getting divorced.

Some woman believe, as they have healthy relationship with their father, they may get a good compatibility in a elder man who is at his father’s age and they tend to share a healthy relationship with elder man. If we look to the relationship terms in between fathers and daughters, Then they share a loving, caring relationship, where father is a supporter, a motivator to their daughters. Somehow, may be due to this woman believe they will find the same love, support and care if they marry the man older than her. But the fact is the demand between the father-daughters relationship is totally different as compared to a love relationship with a husband, it includes different factors in the relationship. Woman may feel caring or loved with a elder man, but will tend to face social, physical problems which isn’t present in between father and daughters relationship. So, one has to understand the concept of these differences. Factors like Family planning, financial barrier, unpredicted violence may arise in the marriage, for which has to be prepared if choosing a man older than her. At the beginning girl may feel too loved and cared, but after reaching to some stage, woman will feel the lack of understanding as before in their relationship. However may celebrities separated due to the same reasons.

Nowadays, teenage girls tend to get into relationship with mature and an elder man, The reason may be the teenage girls fell the man is too understandable and has good level of maturity to understand her. But one has to believe that Difference of age gap in relation or the marriages does not take the relation beyond and somehow it ends as a failure. Girls compare their love life with Bollywood and Hollywood Celebrities with age gaps, but they ignore the fact that they are “celebrities” who opts for this path after being successful. They have created a stable background for themselves. If you are one of the girl who is in the doubt of marrying a man elder than her, then only opt for this path if you find you guys are compatible enough to withstand future challenges in your love or marriage life.

Many Bollywood and Hollywood celebrities found a love match older than their age and ended up getting married. Out of many only few are having a successful marriage life, whereas many ended up being separated. How ever this turned out as a trend in the film industry and society.

Bollywood Hot couple, Saif Ali Khan and Kareena Kapoor were the part of this marriage, Yes, Saif Ali khan is 10 Years elder than Kareena, other side Shahid and Mira with 13 years of age gap and Genelia and Ritesh with 9 years of age gap are having a successful married life blessed with a baby. Other side many Bollywood and Hollywood celebrities ended their marriage explaining the reason the age difference as a barrier to continue the married life.

Hollywood celebrities like, Katie Holmes, got married to Tom Cruise after an year of dating, Katie tied a knot at the age of 27 year when the Cruise was 43 years old. The couple didn’t lasted long in a successful marriage life and ended up divorcing after a baby girl named, Cruise.

Nancy Kerrigan (25 years) married Jerry Solomon (40 years old) in the year 1995. Nancy had first and only marriage with Soloman, where Nancy was third wife of Solomon. There marriage is still going good and couple is blessed with 3 babies.

However, there are very few love life which is running well even with a age difference other side, many ended up having spoil marriage life due to the age differences.