India Fight Back against the Sexual Assault: How to teach your Kids about the Bad Touch? 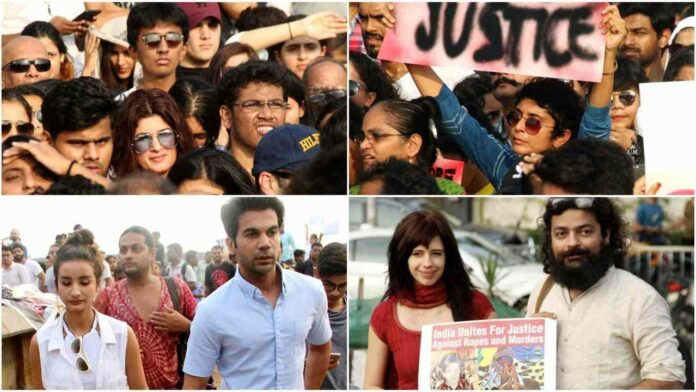 If we talk about sexual assault in India, Then this is disheartening for us to know that the number or sexual assault in India is increasing day by day, especially sexual assault act with kids is in highlight since a year. It has created anger and violence in people, but there is no such help provided by laws to angry citizens of India who is asking for Justice, now people are not even asking, they are “begging” for Justice and safe nation for their sisters, mothers and all the females.

Previously, the cases of sexual assault happening to women wasn’t coming into highlights, but the ongoing awareness among the youth has made each of them to speak for them selves and fight for their rights and safety. But where are the laws, where is the help from parliament onto these issues, now it’s a hard time for the Prime Minister to speak for the nations female and it’s safety. Why don’t laws and leaders react to this ongoing sexual assault cases. There’s no such brutal law against this act, which should actually be there for doing brutal deeds.

However, if we conclude all the sexual assault cases, then it is for sure there would be many claims by the victim which were not being taken seriously by our police force. Indian police force firstly has to be the support to the sufferer and to all the citizens who needs justice and safety. If you are a women, Then Remember – You don’t have to be shut or scared of people around. You are allowed to ask for justice, to share the crimes such sexual assault act happened to you, Just go ahead and fight for the justice not only for you but for the lives of many female.

Looking back to the deadly rape case in New Delhi, “Nirbhaya case”. The brutal gang rape and murder of 23 year old “Nirbhaya” just shook the citizens and was a moment of thunder and fear among citizens. Women’s safety was concluded more since then. Thus, the case brought the safety issue of women or (females) in concern. Not only females, but not even males were feeling safe, Obviously the fear for their sister, their mother, their wife, and friends made them insecure and unsafe. Though lately after Nirbhaya case, a fund was raised by UPA Government named; “Nirbhaya fund” and received some changes in Juvenile Justice Act. 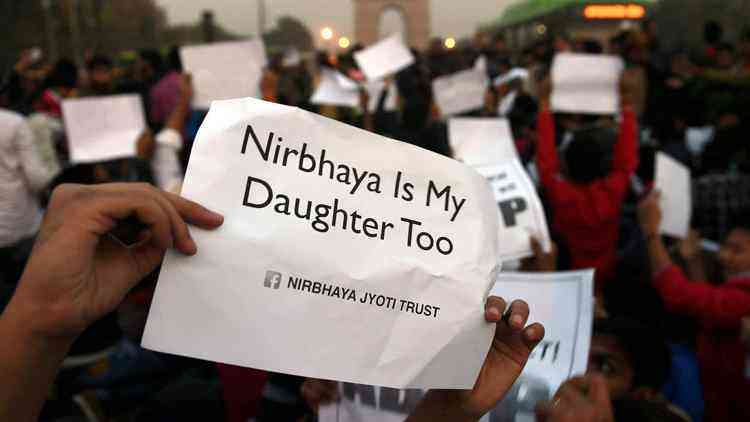 Nirbhaya gang rape case, held in year 2012 was just the beginning of awareness among people regarding such brutal sexual assaults happening in India. People from all over the cities, states begged for the justice. People asked for the justice and a law which was the only way for the women to be safe from sexual assault crimes.

No matter what there is a huge number of sexual assaults happening in corner of cities, out of which some are never disclosed. Let’s take a look on few sexual assault cases happened in India, and til what the safety measures and laws have worked for the justice.

In this case the victims were two of the cousins from Dalit family. The cousins were not only raped, but found dead, family members found the body hanging on a mango tree. Family said their 14 and 15 year girls has been rapped and murdered by the culprit. But the post-mortem report stated, they were not raped nor even murdered. The shameful truth is five of the culprits were involved in this case, out of which 2 were from the Indian police forces; CBI report also stated the incident of rape and murder was not happen. May be there was no justice to those innocent victims. 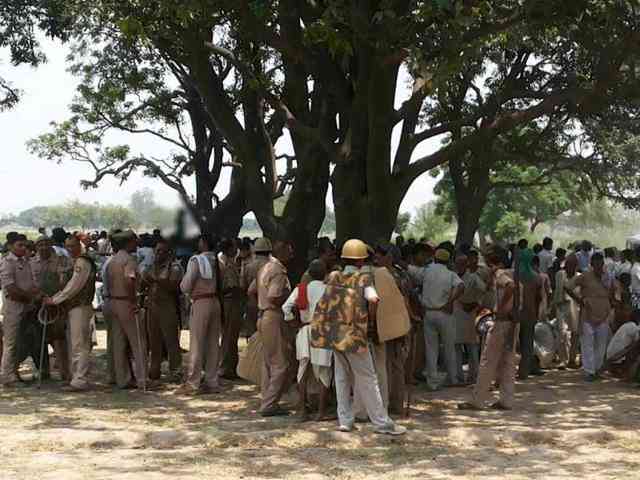 We somehow has to believe the ugly truth that women are not even safe using public service in India including the public transports and private-tax services cabs.

Uber rape case was held in Dec 2014, in which 27 year old women was returning back to home by Uber, and was raped by the Uber driver. She filed a complaint against the Uber driver and said that driver molested and threatened to kill her and she was scared and stabbed on the back seat of the car and was raped by the driver. The women filed a complaint and she was tested by the Police, and the medical report stated she was raped. However the police acted and continued the investigation and found the culprit from Mathura, Uttar Pradesh.

May be the Nirbhaya case was not enough, as such no laws or safety measures were released for women. And thus the sexual assault case increased with women as well as innocent girls of age below 10 years,

If we look back to the last year’s assault case, then there were 8 such cases which came to highlight, apart from these there might be some which lead women fear filling the complaint against any sexual assault happened with them.

The most heart breaking news was, 16 year old girl was drugged by a woman in Ludhiana, Punjab, to let 2 of her friends rape the girl. The girl was raped for 5 months by two of those culprits and nobody was aware of this. The girl got 3 months foetus which was aborted. Reason behind this assault was said by girl when complaint was filed, she explained the woman was her mother who did this to take a revenge from her father who was found exposed having extra marital affair. How shameful is this?

Awaken the youngsters, sharing their fear for women’s safety in India. This developed a vulnerable anger in citizens as no justice was provided to the rapists for all past rape cases. Why it has to be such a easy act, Why? How can somebody rape a female and then be free, Youth confessed why victim has to be the sufferer instead of the culprit. We need some strict laws against this act, said the people from all over the cities and states.

Focusing onto the Zainab rape case, Zainab Ansari was raped and murdered by a 23 year old neighbour in Kasur city, Pakistan. This case shocked the citizen, How can be a person close to a family does such brutal and vulgar act to a innocent child. Police investigation founded Imran a culprit- Neighbor of Zainab. But Zainab’s family didn’t agreed to this point and said Imran is not the culprit and so is someone else. 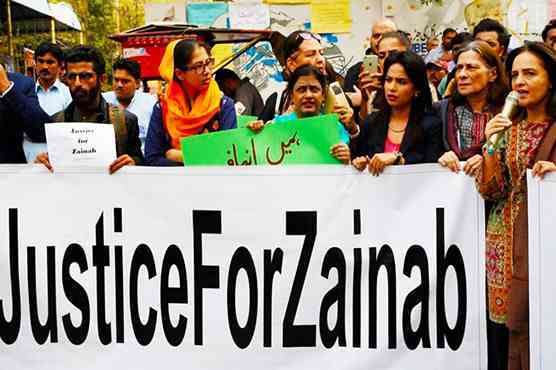 These sexual assault cases is a matter of concern, Who is safe in our country? Just a Man? Why women has to be scared, Why now even the girl child is getting assaulted day by day?

A recent rape case — 8 Year old Asifa was taken to a Religious Temple, where she was raped by 7 of them, which too involves a police men, this horrific case just spread more fear among citizens. Now not only the women are demanding for justice. Now Men, women may it be a parent or not everybody is scared sending their child to places, even for a playtime. Female should be given assurity that the world is not only for men.

It’s a real high time for Prime minister and law forces to find some strict rule and to serve justice to the innocent victim Asifa. Hope the law court listens to the society and provide a safer nation for women too 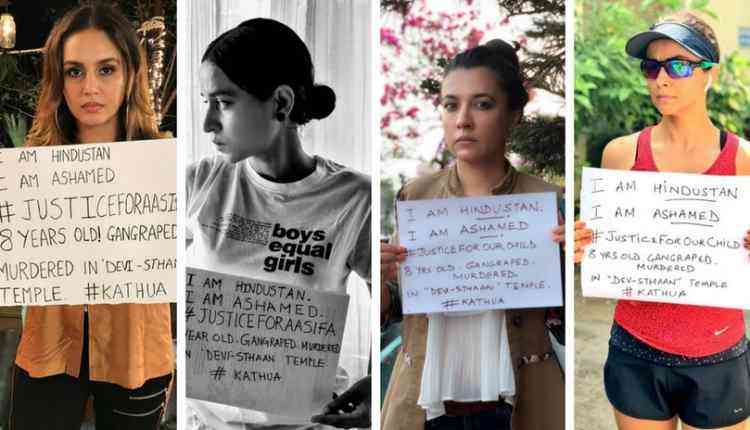 How to teach your Kids about the Bad Touch?

Safe touch is just a preventive measure we can see currently. Make your child aware of these safe touch guidelines.

Firstly, being a parent one has to be aware of these guidelines to make their child understand the same.

1. Strangers are strangers- Make your child aware about strangers

Kids are innocent who are not aware of- who is going to do good or who is going to do bad to them. They are likely impressed by the people (or the stranger) if they are offered any likely items, may it be a chocolate,or any favorite thing. If you will make your child understood that it is not a good thing to accept anything from strangers then other guidelines would be easy to taught to your child.

(Permission for touching their body, them is necessary.) Be practical with this guideline, Ask them before picking or lifting them up, This will develop a understanding and habit in them, they will know that no body has the permission to touch them. They will believe that there permission is necessary.

3. Make you child learn to say NO!

Do not forcefully hug or kiss your child, respect their personal space. Sometimes, children feel annoying and uncomfortable, even if you see any member of your family or relative doing so with you child , politely respond back, that your child isn’t comfortable and doesn’t likes hugs and kiss.

4. Most Importantly- Teach you child about Good and Bad Touch

Safe touch: It includes an action in which your child feels cared and comfortable, they know the personal is helpful and caring towards them.

Bad touch: Let your child know, that things and actions you are uncomfortable with is okay, if you feel somebody if touching you and making you uncomfortable by doing so, telling your parents about this will help you. Teach them about hitting, pushing or pulling, threatening is a thing their parents should know about, so if they face any of the above issue they should react to the action and immediately tell to the parents.

Touch on unwanted parts: Tell them touching on unwanted parts is a bad touch. Make your child understand and believe their No means No. Set a private space for them. Let them know that touching private parts is a bad, unwanted act. Indian parents grow their child this way. After reaching to certain age, the child has some space maintained in between. Believe that — Not to touch your child if she/he is getting uncomfortable with it and if you find anything uncomfortable going around your child, be aware of it.

Teach your child, Nobody has to touch your body parts: Teach them politely that touch on your body part is a bad touch, nobody has to touch you body part. Explain your child that undressing in front of anyone is a wrong deed, it is not okay if someone asks them to be naked or to take their such pictures and ask them to do any thing such. Make your child understand someone asking you to do these above things is not okay. Tell them if they face such incidents, let the parents know.