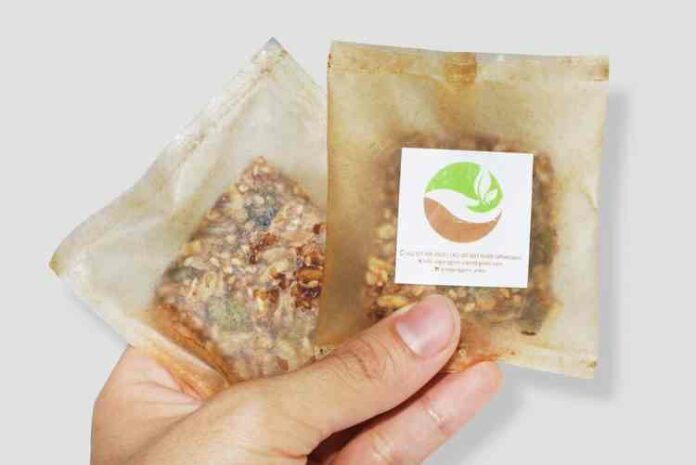 Polymeric packaging is the packaging material made out of plastics such as polyethylene (PE), polystyrene (PS), polyvinyl chloride (PVC) etc. Such packaging performs all the functions of an ideal packaging material such as it serves as a good barrier to oxygen, germs, bacteria and moisture. It contains the product, it is flexible, informs the customers about the product, protects the product from inside. And this is why polymeric packaging is used in today’s time. But as it’s use is increasing day by day, there is very little concern amongst people regarding its disposal issue. Not many think about it and this is why in the long run, it can severely harm out environment.

Plastics being synthetic in nature poses a disposal problem as it does not get degraded that is it is non-biodegradable. You must have heard about the disposal problems associated with plastic bags and that is why it is banned in many states of India and in certain other countries as well. Another problem associated with plastic packaging it the migration of harmful constituents. Over the time, there is migration of polymeric constituents from the packaging material to the inner contents which causes harmful health hazards as these constituents are synthetic in nature. It can cause certain poisoning such as lead poisoning etc. A well known example for this is the leaching of heavy metals from packaging material to the instant noodles of a well known brand. It thereby decreased the sale of the product.Therefore, it becomes important to look for an alternative such as edible packaging  which is sustainable as well.

Sustainable packaging means the packaging that results in sustainability. This involves the use of packaging that reduces environmental load. Edible packaging is the packaging which consists of edible films, sheets etc made out of edible raw materials. The function of edible packaging is to offer selective barrier to oxygen, bacteria, moisture fat, improve transport handling issues, retain volatile compounds, and protect against mechanical stresses.It can also be used in combination with inedible films to make a multi-layer food packaging film. These films can also supplement the nutritional value. Though its use is limited to just food products it can reduce the use of plastic packaging in foods up to a certain extent. It can be used to extend the shelf life of foods. Edible packaging can be made of raw materials like polysaccharides including starch, gums, cellulose, protein such as wheat protein (gluten), milk protein (casein) and lipids.

Edible packaging material can be consumed with the product so packaged leaving no residue behind therefore solving the disposal problems. Also, even if they are not eaten they can be easily degraded in the environment as they are made of natural materials. Further these are made of renewable raw materials. They can be suitable used for packaging small portions of food or for single serving size foods such as biscuits, breads, peanuts, nuts, beans etc. The foods which have lower shelf life can be successfully packaged in it. In this way, edible packaging can at least serve to decrease the environmental load caused by the plastic packaging. In order to improve its properties, the packaging material can be successfully coated with certain kinds of coatings.

Additives such as natural colorants, natural plasticizers such as sorbitol can be added to improve the plasticity of the material, make it more flexible. Films made of starch is very common these days. Starch is the main polysaccharide which is composed of amylose and amylopectin chains. Due to its linear structure, it forms a coherent, strong and free- standing films in contrast to amylopectin films that are brittle and non-continuous. Dextrins are used to make various types of coactings for confectionery items as well as for making edible glues and sealants. Chocolate coatings on confectionery products can be commonly seen. In them an aqueous coatings of dextrin is applied to the outside of the chocolate to give it a glaze. Protein based films generally have good mechanical and optical properties, good barrier properties, good resistance against moisture etc. In order to improve its mechanical properties, certain physical, chemical and enzymatic protein cross linking treatments have been used. Collagen sausage casings are made from beef hides. This collagen film over wrap reduces exudation from beef without affecting its colour or lipid oxidation, it increases juiciness. Gelatin coatings can reducer oxygen, moisture and oil migration.

Milk protein utilize casein and whey protein to make edible films. Whey protein films and coatings are used as protective barriers against oxygen, moisture. Ascorbic acid can be incorporated to provide oxygen scavenging ability in the composed films. Lipids are used as protective coatings. They provide gloss, moisture barrier. Natural waxes such as candelilla wax, rice bran wax, bee wax, etc are effectively utilized. However, these coatings may confer to rancid taste over a period of time. Emulsifiers are added to achieve sufficient surface wettability, surface stabilization as well. These emulsifiers include lecithin, acetylated monoglyceride etc. Anti-microbials and antifungals are added to improve the shelf life and they are also used as carriers of nutrients to processed foods. Antioxidants like propyl gallate can be added to prevent from oxidation.

Thus, by using edible films for food packaging, sustainability can be achieved as it will not pose any hazard to environment. Despite of several advantages of these films, their use is restricted to small portion sized foods, or with foods having lower shelf life. But after certain modifications in its composition, its use can be increased and these problems can be solved. Another factor associated with edible packaging is cost.

Though plastic packaging is cheap and affordable, whatever cost that may be involve in edible packaging will be its processing cost. Now because it is made of renewable and natural raw material, its processing will be a bit different that might add on to cost but only initially. Therefore, edible packaging can be considered as a step towards new and sustainable packaging and in the near future problems associated with the environment can be solved by this.