Ethanol or Electric Vehicle: Which One Holds The Future 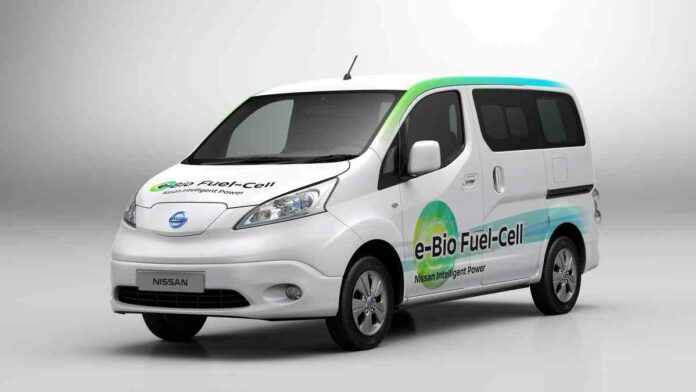 Last year at the very same time, the Union Minister of Transport, Mr Nitin Gadkari came out with an electrical bus that he placed in front of the Shashtri Bhavan and showcased it to all the world that India was soon going to Tran shift itself from the realms of the petrol-driven vehicles to the electrical ones.

The electric bus was showcased, and it was announced that soon the Member of Parliaments would be given the facility of coming to their office by the electrical bus. But more experiments were to be done on making this electrical bus prudent and far too accessible for everything before it could be put into place for action.

This study drove me to make a very comprehensive analysis about which one of the two, either the electrical one that is being envisaged to bring it for the future or the ethanol one would be the best choice if in case the petrol-driven vehicle were to be slowly pushed and driven off the market

Let us define petrol One would talk and see petrol, but one exactly would not know what petrol is. Petrol could be defined as – a volatile flammable mixture of hydrocarbons (hexane and heptane and octane etc.) derived from petroleum; which is used mainly as a fuel in internal-combustion engines gasoline, gasoline, gas gasohol – a gasoline substitute consisting of 90% gasoline and 10% grain alcohol from corn

It is obvious from the definition that petrol is a compound made out of the hydrocarbon and contains carbons in particular. When during combustion, when the liquid is subjected to combustion, it emits burnt carbon, and this is injurious to health. Obviously, when the carbons from the vehicle are subjected to come out through the silencer, it mixes with the air, i.e., the clean air, and it mixes with the atmospheric air. This is actually the polluted air. This polluted air is detrimental and injurious to health.

Vehicles and its effect:

In India, the sale of the vehicles has skyrocketed after 1996. The splurge, both in the private sector and in the Government sector in terms of a salary especially in the IT industry and the revision of the pay scale implemented in 1996 saw a lot of people rushing in to buy the cars. The most sought was the Maruti 800 cc car It was then priced at Rs 2.17 lakhs on the road, and this could be an affordable price, and with that knowledge there at the background the public went far too ahead and one after one they started purchasing this model of car. Then there was a section which went too far ahead of buying the two-wheelers. Supplement came from them who were in the business of tours and travels, and they got handy in the Swaraj-Mazda made vehicle. These three different mode models of the vehicle completely changed the entire course of the scenario of the vehicle and all about its sale and marketing.

The result to start was a moment of rejoicing for the vehicle manufacturers. However, the roads got busy, and with it, the fumes and the smoke too started playing it’s undesignated and unwarranted role. The result was that smokes and pollution made everything impossible and hectic. The situation now is every city, big or small, is polluted. The smokes and the fumes caused by the smokes that emit out of the silencers of the vehicle are causing eye-itch, cough, bronchitis, and many are slowly being subjected to the disease of Tuberculosis. This has become the situation now.

Petrol and it’s relation to the petroleum vehicle

The petrol that is used to drive this vehicle is combusted with the spark that emits out when the ignition spark plug causes the spark after the vehicle is put into the on mode to run. The mixture of air and the petrol that mixes in the engine ignites to produce energy which moves the engine. The power depends on the round per minute, i.e. the working capacity of the engine. The more the engine is stronger in terms of the rpm the more the power the vehicle gets to drive itself ahead, and that also makes the carrying capacity easier and light to be loaded into the vehicle and drive it ahead. Thus the petrol and the rpm of the engine are together responsible for generating the necessary power and the energy to drive the vehicle ahead.

This has been the reason that worldwide the engines which are of the rpm variables need petrol to drive the vehicles ahead. The driving is therefore easy, but the harms that are being caused is depicted. It is envisaged and seen that within the coming five years if the situation is not controlled then almost 70% of the population here at India will have the effect of the eye-getting bad, the cornea getting infected and damaged, the lungs will become weak and people will be prone to the disease of TB and so forth. Hence it is very necessary to come up with an idea of substituting petrol.

The changes are mandatory from the point of view of hygiene and health.

What is the substitution then, one might ask? Well, there are two. One of them is the electrically driven vehicle, and the other one is the Ethanol driven vehicle

Let us study the two in detail:

These vehicles are driven by the electricity which is supplied to the engine that governs the running mode of the vehicle. What is electricity? Well if one takes the definition then in a simple manner it can be put as electricity is the flow of electron or protons either statically as an accumulation of charge or dynamically as a current

These electric vehicles are moved by the battery which generates the electrical energy and which then gets converted into the mechanical energy and there would be the torque which would be so strong, tough and potent to drive these kinds of vehicles far and too far. Also, it would have a bearing on the carrying load. The vehicles that carry loads are around 15.50 metric tonnes. They run to the distance of many and many a kilometres every day to tranship the materials from one end to the other. They require tremendous kind of inertia, the torque as described and stated and above all the power, especially in the hills and in the hilly regions. These kinds of trucks etc. will not be able to perform with the battery laden electric system of energy generation for it to expedite its job in unfamiliar and uneven areas. That logic of possessing an electric battery-driven vehicle for heavy transportation will not find it’s way and a place even when it boils down to heavy load transportation.

The other factor is these battery-equipped electric vehicles have to be charged every day. One charge every day would make the vehicle to run for at least 450 miles before it has to be charged once again.

It could be so construed that the idea of the electric vehicle will not find many users in the days to come. For a change, some could use it, but this would not be the real substitute in any case

Let us know what Ethanol It could be defined as a colourless volatile flammable liquid which is produced by the natural fermentation of sugars is; alcohol It is fuel. Ethanol is not a fossil fuel. Fossil fuels substances like coal, which is basically just fossilised plants and animal( in a way) However, ethanol is a fuel

Thus, it is envisaged, and it is very evident that be it the Ethanol or be it the petrol the damages the environment, and its degree is very same. They absolutely damage and destruct the environment. The heat produced and caused would be acting on the atmosphere to cause heating, and global heating has become a worldwide phenomenon. Hence be it petrol or Ethanol, the results are destructive

What could be envisaged as a substitute?

After analysing the entire studies, it is evident that petrol and Ethanol driven vehicles are as good as the enemies of the human race for the future. The more the vehicles are driven by using this, the more there would be the hygienic and the environmental problems. The electrically driven vehicles have their own limitations and are not the perfect model of the substitution for these contemporary vehicles

The best would be to conserve the petrol as the US had done it for its defence immediately after World war –II. Just after the WW-II, the US realising that incase if this kind of war is to be fought in the future, then the petrol or the fuels to drive the ammunition or the war machines would require the necessary fuels. They quickly opened the CALTEX ( California & Texas ) where they conserve and store enough fuels of a different variety to run their warplanes, tanks, helicopters etc. to name a few.

It is said that the reserves that the US has in this reservoir of petrol that they can fight the war without stopping for about ten years in succession. That is the reserves they had created after their Economist suggested them the idea. We also have to first think on this line because the World Reserves of petroleum product is stagnating and decreasing day by day

Secondly, we will have to plant many many and many trees from now itself to keep the atmospheric pressure, it’s a condition, and it’s effect within the grasp so that calamity and unforeseen circumstances if that arises if any, could be handled with ease. The forestation and the vegetations ate the need of the hour, minutes and seconds. That is a national pre-requisite necessity