Graphology for Beginners: A to Z of Graphology at Your Fingertrips! 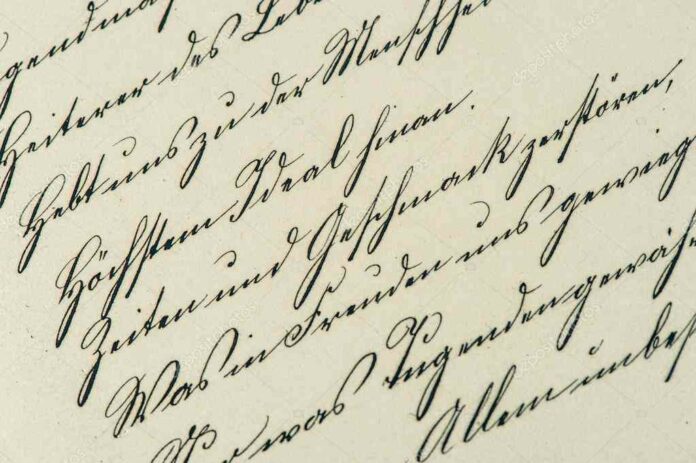 The first recorded book on graphology was written by Jean Charles Gillie Maisani. Interest in the art spread after World War One. It gained support during the 20th century but lost validity after it.

For some graphology is far more believable than astrology. For others, it is nothing but farce. Whichever type of a person you are, it would not be presumptuous to say that graphology is intriguing. The mere idea of knowing a person’s personality through his or her handwriting is amazing. Almost akin to reading minds!

Generally though, it is considered pseudoscience.

Still, you might want to learn the art of graphology. There must be some truth to it or it is just interesting. Irrespective of your reason, here’s condensed but informative information!

How is graphology useful?

The reason graphology is thought to be useful is because of the amount of information one can find out just by the curve of a single letter. You can learn about the person’s age, gender, race nationality, ethnicity, weight, relationship, sexuality, personality, disability, etc.

That being said, it is a fact that graphology is not a sure way learning about a person. There is truth in graphology being a pseudoscience. After all, there are females with bad handwriting and males with curly ‘g’. What might be psychopath’s handwriting to some can actually be lack of attention.

Can everyone give a graphology test?

According Disabilities Act of 1990, if an individual with ADA defined disability can not take a test, then nobody can. Blind people, too, can not give this test.

Well, yes. There are not many evidences backing up the art of graphology. Though yes, it is still helpful in forensic and figuring out a lie among the truth.

Often two graphologist might disagree on meaning of a word. That’s because the certain type of method used to write might have various, contradictory meaning. This also contributes to notorious reputation of graphology.
With that said, let us get started:

For left handed people, it is the opposite.

4. Baseline is a track of line the sentences follow. Are the words rising up, down or are perfectly straight?
Upward: Optimistic and happy

6. Spacing between the letters: Are the letters sticking close to each other or are far apart?

Crammed together: Self conscious, introvert and enjoys close group of friends and gets jealous easily (envious of other).

7. Attachment of letters to each other

Lighter pen strokes as the person nears the end: impatient, lazy and rushed.

8. Cursive and block letters coupled together:

Random capital letters in between the cursive letters: Defiance, rebellious nature and resistance.

10. Check the margins of the page: Was some margin left? Or is the writing all over the page?

Large margins on left: Dwells on past, regrets a lot, uncertain and acts before thinking.

Large margins on right: Worries to much about the future, does not take much risk and thinks before acting.

No space: Continuously thinks, high IQ, can not relax or sit still.

11. Now comes the shape of the letters:

a. Loopy and rounded letters: imaginative, creative and artistic.

12. For signatures, you can check to legibility of it.

Legible: Self assured and content, non pretentious and comfortable in their own skin and confident.

13. Notice a liar by a stand out sentence.

While the rest of the letters might be rounded,unconnected curly; this particular sentence might be written in pointed, unconnected letters. Either the person is a liar or uncertain about something.

14. If the writing is in all block, the person does not likes others seeing their weakness. They hide the emotions as well. For everyone else, they are the strongest person to ever exist.

For practice, have someone copy someone else’s handwriting. Mix them up into a pile.

1. Look for wiggly lines, constant thickness and shades. To forge a writing, people tend to write slower and precise. Usually, cursive just flows without any tremor and there is no constancy.

2. Search for dots, lifts and blots. Lifts alludes to gaps at unassuming areas of a. This is because of hesitation and pauses. Like said before, a non-forged writing runs smoothly.