How to apply for an eToken for buying Alcohol in Delhi? 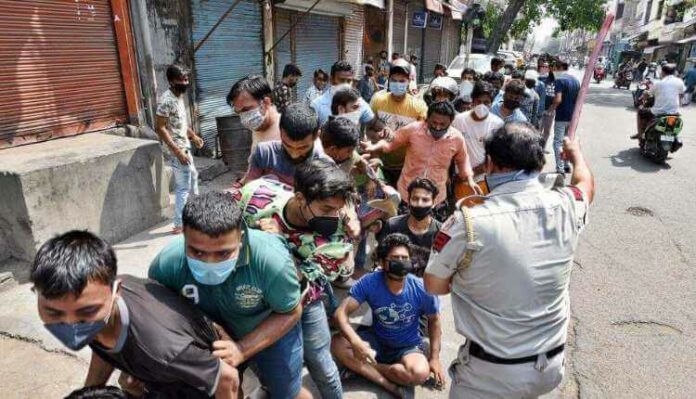 Yet, no one knew that liquor shops would attract such a crowd and league will be seen violating the rules of social distancing. For this reason, a decision has been taken to make liquor accessible to households online. For this, a separate website has also been launched so that liquor shops are not overcrowded and social distancing is followed. Now the decision has been taken that the alcohol consumers will have to take an e-token first, after this the token will have to be shown at the liquor store, and then the alcohol will be made available to them. In view of the large crowd, the Delhi government allowed the opening of 200 liquor shops, to make liquor available online through E-Tokens. This article will let you know, how can you apply for E-token and how you will get liquor through E-Token. By following the steps given below, we can easily apply for E-Token.

How to apply for E-Token for buying alcohol in Delhi?

While applying, you will also have to fill your Aadhaar number and area details. As soon as you fill these details, the details of your nearest liquor store will come where you can easily go and get alcohol.

As soon as your registration is completed, E token will be sent to your registered number.

Also, keep in mind that you will be given a time slot and at the same time, you have to go to the liquor store.

With this E-Token you can get liquor from your nearest liquor store. This was done to avoid huge crowd gathering.

However, due to overloading, the website is facing some technical problems which are being improved. Under this framework, liquor will be given a particular schedule opening for buying liquor from the nearest outlet, eliminating the hold-up time and long lines at alcohol stores. Just 50 individuals are allowed to take an e-token in 60 minutes.

Why there was a need to launch a separate website for the sale of alcohol?

As of late, the Delhi government has lifted the restriction on the offer of alcohol. When the Delhi government chose to open all alcohol shops, it was not long after that, that the shops began being crowded because of which social distancing was not being followed appropriately. To take care of this issue, the Delhi government made a site called Q-Token entry where you should take a token first and on that token, you will be receiving a message when you need to arrive at the shop to get the alcohol without violating the rules. Huge lines of more than 4 km were spotted in front of alcohol shops because of which the organization was experiencing issues in controlling the group. In this context, the Delhi government has permitted all liquor consumers to gather tokens through the site www.qtoken.in. This token will help you in buying alcohol.

www.qtoken.in is the official site to get online Delhi alcohol, wine e-token. The site has been made on 06 May 2020. After the declaration of this entrance thousand of Liquors and wine customers visited this gateway for getting e-token. Qtoken.in has been made by Delhi govt. Therefore, alcohol consumers can utilize this gateway decisively. To take E-Token from this site, above all else, you need to enrol. During enrollment, you need to give your portable number with the goal that the businessperson will give you a period. You need to arrive at the shop at the planned time and purchase liquor.

Well, due to the high load, the government is improving the website, but when the shops are opened, so many people are on liquor shop, that too without taking social distancing. This is a matter to worry about. We also have to take care of social distancing, which has been the most useful way to protect us from Corona.

Hope you have got an idea from this article of how to apply for online E-Token. Right now we are fighting an epidemic which can be won only with the cooperation of everyone, so it’s a request to all to follow the rules given by our government and if you go to liquor shops, keep in mind the social distancing. Visit the liquor stores only at the time allotted to you. The scene we got to see after the opening of the liquor shops was sad. We have to take care of it from now because by practising social distancing we are protecting our family as well as others from the Corona.