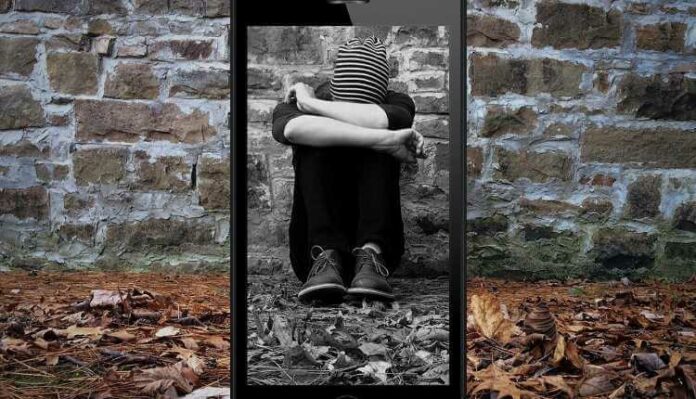 The Internet indeed became a tool of power when apps were created. The invention of mobile phones helped create applications that were well suited to a small screen and catered to easy accessibility and transferring of data.

The invention of these apps brought along with it a new form of crimes and problems. ‘Cyber Crime’ was the term given, and the number of complaints has been on the rise ever since. People could easily hide behind the concept of anonymity and bully a person, stalk them easily everywhere- even in the virtual world.

Bullying of women in the virtual world is another severe crime which comes forth in types of cybercrimes. Women are being bullied in various ways. Where the criminal at first tries to be on friendly terms with them, gets closer and tries to get their pictures and then morph them and blackmail them or defame them. Usually, the people committing crimes on cyberspace feel that they will be anonymous and wouldn’t get caught.

Cyberbullying is a sort of bullying that takes place over digital devices like mobile phones, computers, tablets etc. It is through SMS, Text, and apps. It may also be through online in social media, forums, or gaming where people can view, participate in, or share content. Cyberbullying includes sending, posting, or sharing negative, harmful, false, or mean content about some other person. It can include sharing personal or private information about some other person causing embarrassment or humiliation.

Sadly, in India, there is no specific law which particularly deals with ‘cyber-bullying’. We rely on many other provisions of IPC. For e.g.:- Section 499, Section 292A, Section 354A, Section 354D, Section 507 and Section 509. The provisions as mentioned above of the Indian Penal Code are not complete, but cyberbullying can be brought under these provisions of law. Even under the Information Technology Act, 2000, There is no specific legislation that provides for the specific cyberbullying laws in India however provisions such as Section 67 within the Information Technology Act provides certain measures to deal with cyberbullying in away. Section 67 of the act lay down punishment for publishing or transmitting obscene content in electronic form for a period which may extend to 5 years and also with a penalty which may extend to 10 lakh rupees.

Now, we know that the whole country worldwide people is under quarantine or self-isolation. Individuals engage themselves in all types of activities. This happens because they don’t want to sit doing anything. Well, many people bring out their talent during these days, and it’s very good to see the hidden talent of people who never had time for themselves during the pre-quarantine time.

But the awful sight is that many people are exploiting the freedom they got during this time. Just because they have nothing to do, many people find fun in cyberbullying. Especially young people are vulnerable to sexual exploitation, cyberbullying, online harassment and exposure to harmful and violent content.

According to UN Women, in the US, 2 out of 10 young women have been sexually harassed online. Also, 1 in 2 young women says they were sent unwarranted explicit images.

In India, we see a lot of incidents in social media where people start new pages using a fake account. They hack other people’s accounts and bully the account owner.

According to the FBI, instances of cybercrimes have increased up to 300 per cent since the coronavirus pandemic. Many people find it fun to harass and bully a woman irrespective of their age sexually. Once the lockdown began, people were not able to bully in person, and they have started bullying through social media.

Young girls are more victimised to cyberbullying. This is because women having a sufficient maturity know how to react to such issues. They know that whatever happens, the law is there with them. But these young girls just because they are afraid of their family or thinking of the shame it would cause, they listen to what these predators say. For this, parents and relatives must have a friendly approach with girls so that they can share it with them without any fear. They must know that they are not to be blamed for such practises and that the culprits should face the law.

Although cybersecurity agencies are making all possible attempts to stop the rising crime and to put the criminals behind bars, to combat these situations effectively, cyber awareness is necessary. There is a need to spread cyber awareness among those crimes and criminal methods among women. Senior citizens need to be educated.

On social networking sites, you like and shares comments and pictures by your friends and relatives with great enthusiasm. But some of these shares can be dangerous for you. There are some hackers on the posts and pictures you post and share on the social networking site. These hackers change the picture or post you have liked, and replace them with objectionable content, which causes women’s defamation.