India’s Endangered Minority: Attempts to Save the Parsis in India 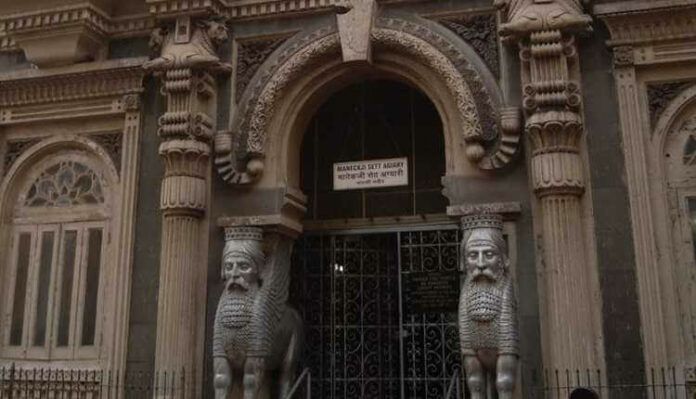 Despite India’s smallest minority community, Parsis are an integral part of India’s social structure. As a community, they have always been at the forefront of many social and economic reforms in India. They belong to one of the world’s oldest religions, Zoroastrianism. In the face of the Arab conquest of Iran, they migrated to India. Knowing the trade opportunities on the coast of north-west India, initially, they settled around Gujrat and Sindh, probably as early as the eighth century. Later on, it is their enterprising nature that urged them to make their own identity and took them to many places, over the centuries, they migrated in increasing numbers to Bombay and various other parts of the country. The community has always been known for their unique customs and traditions, including an unusual method of disposal of death. Since the very beginning, they enjoyed the status of enterprising traders. Parsis were, perhaps the only community who really flourished at the opium trade.

Today, they are known for their outsize contribution to the Indian economy, three out of the country’s top ten billionaires belong to this community. While the success of the community has often grabbed the attention, what is ringing alarm bell is the fact that their numbers are rapidly dwindling in the recent years, as of now, it stands at around 60,000. Several factors out there are responsible for the decline in the population of the Parsi Zoroastrian community in India. Intending to contain the population decline of Parsis, the government of India has initiated the launch of Jiyo-Parsi campaign in 2013. In this article, an attempt has been made to highlight the existential crisis that the community is facing in India today. In addition to that, this writes up also sheds light on the attempts that are being made to contain such issues.

There are a few factors which are responsible for their dwindling numbers in India. For any religion, keeping the pace with the modern world can be challenging so as Parsis. But this community faces some unique obstacles. India’s one of the most progressive minorities faces a conflict between traditional and liberal viewpoints. Religion does not permit proselytization. They do not allow conversion into their community. According to the Parsi law, if Parsi women marry outside the community, those women and their children will be excommunicated. They would lose their religious identity and would not be allowed to enter the fire temple. They don’t even hold the permission to perform the Navjot ceremony if they want so. In some instances, Parsi girls married outside the community, are not also allowed to attend their parents’ funeral. Goolrokh M Gupta, a Parsi woman who had married a Hindu but retained her faith, in a sense grabbed attention by taking her fight to the Supreme Court of India in the year 2012 as she had feared that she might not be able to attend her parents’ last right. After a long legal battle, in the year 2017, the Supreme Court of India allowed her to be present at the funeral of her parents, as the court said, there is no law which says that a woman loses her religious identity after marrying someone from another faith.

Marrying late could be another factor behind their shrinking numbers. By the beginning of the 20th century, Parsis have started given their personal achievements priority over their family life that explains why they are one of the most successful and progressive communities in India. But this constant negligence to their family life caused a certain change in family patterns. Unlike other communities, there is no societal pressure on marriage. Almost 30% of Parsis never marry.

In addition to that, their fertility rate is very low. Some of them even end up not producing any offspring at all. There is a huge gap between births and deaths. Parsis are the ageing community- the number of people in the reproductive age is small. As facts go, the total fertility rate is less than one, so one child per couple, and this is obviously going to decrease the population. The facts also show that not only the current numbers are low, but the numbers of members being added every year is also shrinking. Parsis are one of the urbanized communities; it could be a factor behind their low fertility rate. It is definitely not a factor of money rather a factor of attitude and outlook.

The features of a western culture vigorously influence Parsis. From their dress to language, they follow western behaviour. And this tendency immensely affected the social structure of the community. As a consequence, there was a rise in the age of marriage and an increasing number of never-married Parsis. They pose a severe challenge to the demography of the community. This unlikely group has reduced in a small amount where finding a suitable match is a significant problem.

In some instances, the role of Parsi Panchayat remains controversial. Particularly in Bombay, the Parsi Panchayat holds a prominent place in the community. In some cases, the Panchayats have been lenient, but sometimes they do intervene in the personal spaces. For instance, in Bombay, they don’t allow any conversion; they don’t let the children of Parsi women (and non- Parsi father) entering the community. The role of these panchayats should be more liberal for the future of the community in India.

Another major reason could be emigration. As Indian independence approached, a large number of Parsis left India for better prospects. They settled in countries such as the UK, USA and Australia. The collected data does not show any official count, but it suggests that a considerable number of community members left India post-independence era.

With their rapid decline in numbers, the community is struggling to manage their religious properties. Towards the end of the last decade, there were more than fifteen fire temples in Bombay, but of all, only five or six temples are remains today, and the numbers of visitors are visibly low.

Jiyo-Parsi: An attempt to save the Parsi community

Overall this campaign is a glimmer of hope for this dying community. It encourages the community members to have a better family life, but it is too early to witness any permanent demo-graphical changes in the community. However, one can only hope that this initiative will prove beneficial for this community and we will soon witness a huge increase in the numbers as Parsis are an integral part of Indian society and losing them will mean losing the multicultural dynamic of India.

Paulami Basu
A vigorous reader who wants to explore the world.