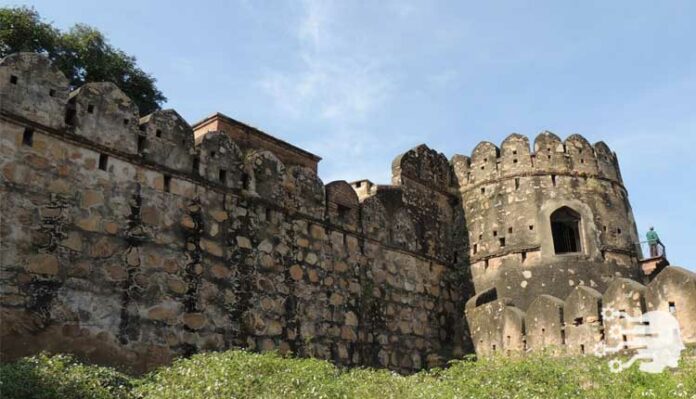 The first name that spurts up in our heads whenever we hear the name of city Jhansi is Rani Laxmi Bai. Widely known for her gallantry and valour, this freedom fighter was the queen of the Maratha-ruled city, Jhansi back in 1857.

Jhansi Fort or Jhansi ka Kila was built by Bundela king which soon fell into Mughals arms, followed by Marathas and then the British. Built back in the 17th century, it was an important part of Indian rebellion of 1857. It was Jhansi fort where the first revolution for the independence of India took place and where the ultimate act of bravery of Rani Laxmi Bai against the British forces was witnessed.

Situated at about 3 kms from the Jhansi Railway Station, the fortress stands on a large hilltop called Bangira in Uttar Pradesh. Extending to a straggling 15 acres area, the fort was strategically built to safeguard the city from outsiders. One can witness a fascinating view of the whole city from this fort.

Made out of granite, the walls are between 16 to 20 feet thick. There are a total of 10 gates which allow access to the fort. One can find various boards with little snippets of the history of the fort.

During winters in the month of January or February. Also, a grand fair called the Jhansi