Microsoft to End Support to Windows 7, what you should do? 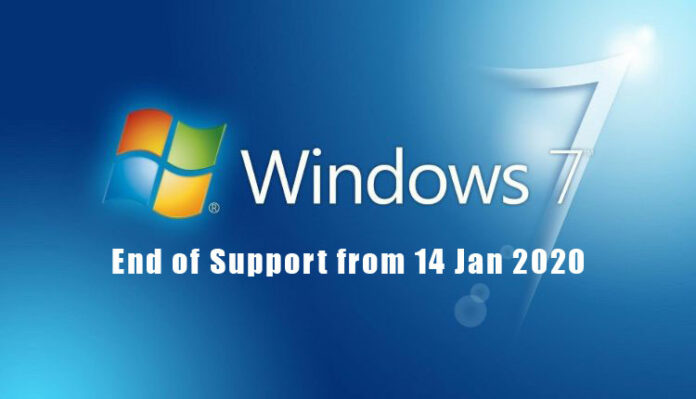 What does it mean by the end to support?

The end to the support does not signifies that the Microsoft Windows operating system is no longer going to run you in your computer instead it means that the Microsoft corporation won’t be releasing any further updates such as security updates and bug fixes for the specific operating system. This may not affect much to the audiences who are using their PC for the personal purposes, but the people who are using it for the business for purposes and the companies that are using windows 7 to run their business may be affected the most. Most of the ATM machines in India and abroad use windows operating system to run there banking software which could be at risk after this announcement.

You may be surprised to know that in India, China and other underdeveloped and developing countries has the highest numbers of windows operating system users and more than 70 to 80% of them are not using genuine operating system this also means that they are not getting updates from Microsoft and their computers are already at risk even if they are using the latest operating system from the Microsoft. Such people should not bother about this announcement.

What should you do?

If you are using windows 7 for previous versions of Windows operating the system you should upgrade to the latest one or its success such as windows 8 for windows 8.1 for windows 10 which is the latest operating system in the market from the Microsoft Corporation.

Will installing antivirus will keep your computer secure?

No, you may be thinking that you can protect your computer and windows 7 by installing a genuine and the best anti-virus in the market but unfortunately this won’t work as Microsoft has already made this clear that despite installing best to best antivirus available in the market will not keep your operating system safe this could be due to a numbers of reasons. Once an operating system becomes obsolete or outdated, it became the major target of the hackers, and the exploiters find more vulnerabilities in the operating system and target the vulnerable machines which could lead to loss of the data.