Ozone Layer: Understand The Importance of Its Existence to the Life on the Earth 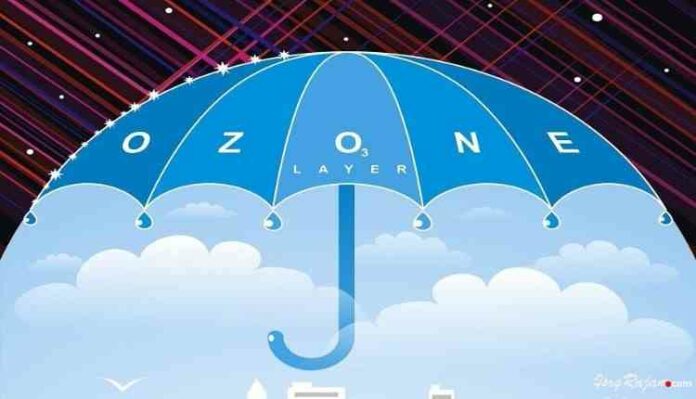 Ozone layer – an unmatched protective layer of the earth’s atmosphere. This layer has high significance for the existence of life on this globe. Ozone is present in the lower portion of the atmosphere of this earth, which houses about 7 million people on its surface. This lower portion called stratosphere varies from 20 kilometers to 30 kilometers from the earth’s surface.

This portion is important to the life on the earth because ozone present here breaks down the harmful effects of ultraviolet (UV) radiation coming from the sun. Ozone (O3) is a protected form of oxygen which contains 3 atoms of oxygen. This is produced when ultraviolet rays from the sun reacts with oxygen (O2) that contains 2 atoms in it causing free flowing split.

This split attracts free flowing oxygen atoms that have been created by a similar split in the adjacent area. Free flowing atoms combine with each other, forming a combined form of oxygen that contains 3 atoms in it. This resultant oxygen is mentioned as Ozone in the atmosphere of the earth. Ozone protects living organisms on earth from harmful effects of UV rays of the sun.

UV rays that originate from the sun has varied wavelength. Most of the shorter wavelength rays get absorbed by ozone. But, UV radiations those pass of longer wavelength through this protective layer and reach the surface of the earth.

To protect from harmful UV radiations, people use various methods to protect themselves. Some take use of umbrellas while walking in the sun. Also, people cover their faces with a piece of cloth while they are in the sun. There is also a widespread use of sunglasses while in the sun. These coverings may not give full protection, but do give slight protection from UV radiations.

But, due to various reasons, there has been a consistent depletion in this ozone layer. Depletion in ozone is due to various freons and halons – destructive destroyers – that are released from various types of man-made scientific appliances that have come up for the comfort of human. These appliances though have been developed for human comfort, but these also pose higher risk, which may not be visible to us, but leave harmful types of effects on our bodies in the form of various diseases. These destructive destroyers when released into the atmosphere rise upward in the air and breaks up the ozone. The rate at which ozone layer is being destroyed; there are some drastic effects on the existence of O3. Though the new formation of O3 is also an ongoing process, but that day may not be too far when existence of life on this planet may be endangered.

Now, is the time that when we have been getting wake up calls regarding ozone layer depletion through various sources, it is our duty to contribute ourselves for getting our world a better place to live. The contribution that we can make could be in the form of less use of our vehicles. More the vehicles we use, more quantity of exhaust gases that vehicles will burn. These exhaust gases do harm the existence of ozone. Not only vehicles, there are many more forms of ozone destroyers that we release into the atmosphere. We must act quickly to identify this problem. Let’s be prepared to face the worst.