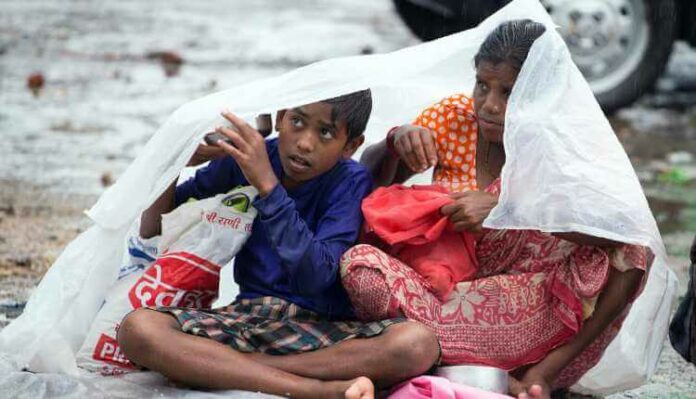 “You cannot hold your head high with your hand out”, this famous proverb signifies how panhandling the other term for begging has made the life of destitute a question mark on their living. Begging or Panhandling is the state where people indulge in asking for money, food or funds in order to meet their basic requirements of life which they are unable to meet up on their own and are termed as beggars or panhandlers.

God has made us the same, but it is the society and their terms that has set the goal to live the life of a class. This class is divided into the upper, middle, lower-middle-class and last but not the least is the below the poverty line when the basic needs of life such as food, clothing and shelter are not earned by the person so they demand favour in terms of money, clothes, food etc.

Panhandling Is made from two words Pan and handling involves word Pan which means a container or where they can ask for money standing on street roaming here and there are sitting in one place unable to move and asking for money or change.

What are the reasons for begging?

Now the most important question is why begging is so prevalent in the world it is not only followed in our country India but various other countries including China, Britain, Greece, Italy, America etc. where busking( Street performance) in return of money is very popular but in India begging or panhandling comes with the stigma attached to them they are termed as helpless, poor and destitute folks. they are not given respect in any terms this is what the main reason of the gap between rich and poor can never be bridged or modified the one is rich class and the other is the class who can find the opportunities to survive in the tough race of life can live life with ease or respect the others were not so privilege that neither have any source of income to feed their family even a meal per day. Thus they automatically become the powerless section who has to rely on one or the other person’s charity.

Unemployment is the major role player due to which this section remains deprived of the basic needs of life. These people don’t have the opportunity even to study and send their children to schools. Few have education but no family to support and few have a family but no source of finance to feed their family. so how they will survive the condition is very crucial that they don’t have any home to live in, no shelter to feel comfortable. The painful image of their lives shows that they are living the life of misery and hopelessness.

These people migrate from villages to urban areas or cities in order to have a better scope of receiving or earning Charity for living their livelihood, the unavailability of any work in villages many times force them to leave and migrate to cities.

There is more serious crime related to this is also very prevalent nowadays and that is the practice of Human Trafficking, wherein the labours are brought up from various places urban or rural and are traded for money and slavery. It is also one of the biggest causes of their exploitation both in terms of physical and mental.

4. Begging as a Crime

Migrating from one place to another in search of necessity and living, few among them followed the wrong path of asking money. They snatch money sometimes, pickpocketing etc. This is again the fact they are not able to receive what they need in basic so the ease they find in snatching away the required amount at one time without moving here and there for the whole day, doing this as a major crime in their field. Beggars are thus criminalized in cities like Delhi, Mumbai etc. like they also conduct raids and trial is done in the special courts called beggar courts. This is only possible with the police assistance and the help of the social welfare department.

Panhandling is the age-old social phenomena their figures are still increasing till date in India. Our country has no federal law on begging or panhandling but they can be given a penalty of detention in beggar homes according to Bombay Prevention Of Begging Act 1959. They are given vocational training in order to make them learn and earn. There are also Sewa Kutirs for them.

What are the types Of Begging In India?

India is the land of diverse religion, culture, class etc. We have various religious places to worship and devotees travel from one place to another. Some believe in donation and charity as the most important form of worship. There are many cultures like Hinduism, Sufism, Buddhism that follow the practice of living on religious Charity. Thus we can find many Saints sitting in front of temples or Bhikshus asking for charity in the form of food or money or begging for alms. Gautama Buddha also practised the life of Charity passing the social teachings to the followers. Gautama Buddha accepted alms from people to survive and he was the founder of Buddhism.

This is the new form/concept where the beggars are asking money via the Internet. They send requests for help to pay for them. The help can be generated in the form of a request for donations from friends and family members to pay for these expenses. It is the other word for Cyber Begging also but we have to be cautious and alert as now hackers are also involved in hacking accounts of people and asking for bank details and demanding amounts from their friend’s contact list on social media.

The most common forms of Panhandling is street begging, sitting on the roadside waiting for people to come and help them. Either they are physically handicapped, not able to move or they have their family members with them including children who perform on-road doing simple stunts playing with a ring and then demanding money from people in return. We can only see them on Red lights, also few men or women are seen on roadside asking for food or help carrying small babies on their back, demanding financial favours from people to people.

Fundraising is also a sort of asking for charity in the form of funds in order to meet expenses of treatment of ill family members, school fees of poor children, orphan children etc. The fundraising is the other name of charity also wherein they ask for help coming door to door as per their requirements.

Panhandling: A Right Way To Meet The Needs?

To understand the depth of the situation we have to think about the situation in a more complex form. Is panhandling the right form of asking money is their habit or need for the situation?

Panhandlers are asking for favours from many, but have we ever noticed that few among them really need to receive help for acquiring basic needs of their life? Many of them are good in health, they have the skills in them too. If they get the privilege they can self support themselves. The sad part of the situation lies in the fact that they don’t want to work or even send their kids to school just to have many hands to earn or to beg. They can earn more by begging than by working hard. If we ask the child begging on the roadside to come and study or we render any help to them to join any NGOs they are not ready to do so this is so because asking for favours has become their passion. So they are bringing a clash of need versus habit. Carrying children or small babies in their hands and gaining sympathy and not working even getting the offer for doing so, is the most dangerous habit of practising begging more and more thus widening and extending its jaws in the structure of society.

Measures Taken By Government And What We As A Citizen Can Do To Improve The Condition:

Government has adopted many ways to Limit the practice of begging and panhandling, but it’s very difficult to control the situation completely. There are Sewa Kutirs where they provide vocational education and training to them. The current situation is not so simple and clear there are thousands of them dying starving for food and hunger. There are also many examples among them who got the opportunity to try their luck and showcase their skills. For example, Ranu Mandal who recently got selected for her beautiful voice. Her dreams got the platform to learn and achieve rising from falling star to the rising star but that is not the case with all. Luck supports according to the time, of course, it depends on the will of the person too. Similarly few examples like Sambhaji Kale, the richest beggar in the world owing money and several properties. Bharat Jain is another example of a professional richest beggar in Mumbai having many properties of his own, renting a shop and earning ten thousand rupees as monthly rent. Thus for few, it is the means of their livelihood and they cannot change themselves.

According to the prevalent structure, we can help them by not giving them money but giving them a simple employment offer if we are capable of doing so, for example, giving them carats of water bottles that they can sell each bottle for at least ten rupees, thus giving them respect and sense of honour to them. For the person donating money in this noble cause will be satisfied on one side as their money is going in the right direction and right hands and the other who is receiving will get the employment from this and does get refrain themselves from begging. They can find the means to live and feed their own family easily. We can also donate weighing machines to them so that they can easily charge five rupees per customer does refraining them again from begging. We can also take responsibility for even a single child to provide free books to them. They can utilize their time to at least gain some knowledge. We can provide them packets of the pen, diaries or any other stationery item so that they can sell them and earn at least a meal for them. We should try to buy small things from them even if we are not in the need of it. It will not make a difference to us but to them. This can bring a big smile on their faces.

We should always understand and make them understand too, the famous saying by Miguel de Cervantes (Spanish novelist) that, “Never stand begging for that which you have the power to earn”
Every effort counts! So with a little effort, each one can at least make a difference for one. Slowly and gradually things will change for sure.