Social Media Vs Freedom of Speech in Modern India 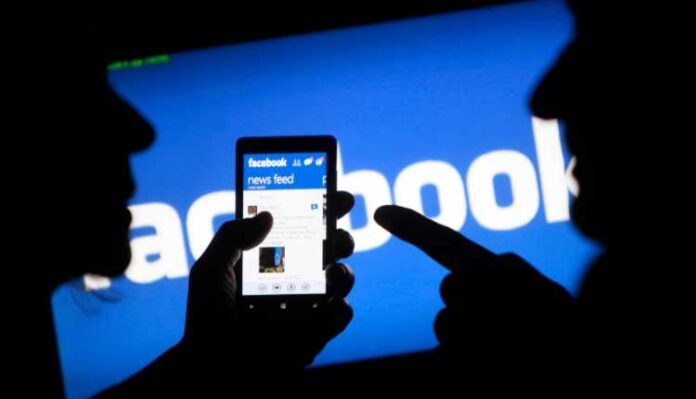 The power of social media is it forces necessary change — Erik Qualman.

SOCIAL MEDIA! It is one such platform in India where you can speak your heart out without the fear of any person on the earth. Modern India is progressing with the help of social media. There are many people out there who are actually promoting their business through the social media platform. It is now effortless to connect with so many people simultaneously, finding concrete information online has become way too easy nowadays. All thanks to social media for being there for every one of us in each phase of life. Don’t miss the Can you live for two weeks without social media?

What is social media?

Rather than define the term, employing a bunch of boring jargon that might probably only complicate things further, perhaps the most straightforward thanks to getting a clearer understanding of it is to interrupt it down into simpler terms. Social media is a computer-based technology that facilitates sharing concepts, thoughts, and data through virtual networks and communities.

What is Freedom of Speech and Expression?

Freedom of speech is a principle that supports the liberty of a person or a community to express their opinions and thoughts without worrying about censorship or legal sanction. The term freedom of expression is typically used synonymously, but, during a legal sense, includes seeking and imparting information or ideas, regardless of the medium.

The dark side of social media

Hate speech and misinformation have been some really serious issues of social media. The sense of empathy is no longer seen in this era of modern India. People seem to misuse social media for whatever reason they feel like. Before people never tried to offend or threat anyone because they used to empathize with others, be it a friend, a colleague, a family member or even a stranger. Also, they did not want to have a conflict either even though the theory of conflict by Karl Marx is very much relevant. As social media started, things changed and somewhere, the thinking pattern of the people also got changed.

Let’s take the very popular example of the trending issue that happened somewhere back in November 2020 between Kunal Kamra and Arvind Bobde. In his tweet, Kunal Kamra had held up two fingers and said, “One of these 2 fingers is for CJI Arvind Bobde… ok let me not confuse you it’s the middle one”, essentially saying that he was holding a middle finger for CJI Bobde. AG KK Venugopal has given his consent to initiate contempt proceedings against Kamra for this latest tweet of his. I am sure this saddens every one of us hearing and reading such type of tweets done by some famous personalities out there. What Kunal Kamra tweeted was not only wrong, but also it does not fit in the context of freedom of speech and expression.

It is clearly evident that social media is a very powerful means of exercising one’s freedom of speech and expression. On the other hand, it has been used as for illegal acts because the fear of getting caught has totally died. What is actually desirable is the regulation of social media and not it’s censorship. Before it gets too late, we all need to understand the fact that the right to freedom of speech and expression does not grant the right to abuse.

Social media is already more powerful than the rest of the means of media, and rather than misusing it, we should try to get the best out of it. The ‘Me Too’ movement that was very trending in the social media helped people a lot to come up and speak out about the problems they faced, the harassment they went through be it mentally or physically. There are still many women out there who are quiet for what they faced all this time, but social media helped many women speak up. Social media has totally changed the way we communicate and behave, not only in groups but also as an individual as a whole. It has surely done well to a lot of people out there, but its dark side cannot be ignored like that. Though social media is the best platform to precise yourself freely and without any fear but the content that you simply put on the blog or post any video or photo stay on the web forever and may be accessible by anyone and everyone, there must be regulation on the social media as well. Within the past few years, social media has played an impressive role, and an appropriate place for people moving towards the concept of equality, justice, and accountability of the influential people, the social media and internet are the key sources through which there’s the transmission of ideas from one place to the opposite. As there is a bane, so is a boon, social media has been blamed at points for forging identities, cyberbullying, intolerant opinions and even on moral grounds like slut-shaming, fat-shaming. There are ways to guide the control of social media in terms of speech and expression, but no formal legislation contributes to it. Finally, it is a gift if used as a way of expression, knowledge and presentation, but limitations of an individual should be kept in mind only then India can progress. Let’s spread love and not hate! Divyanshee Rawat
I am a 2nd year Geography hons student of Shaheed Bhagat Singh College, Delhi University. I like to put a lot of emotions, experiences and opinions into what I write. Hope you like my content