Student Protests: Not just a hype but a cry against failed order 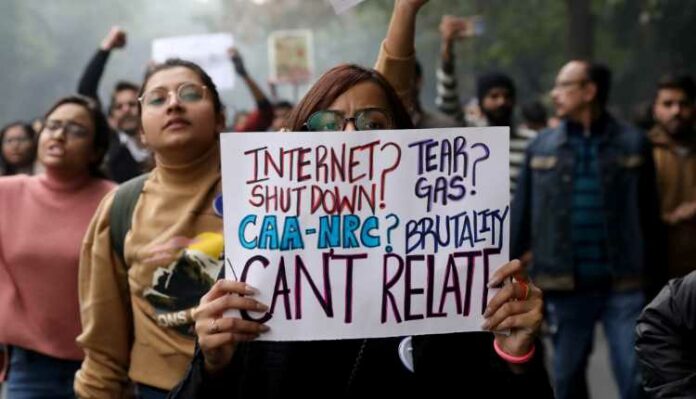 Let us start the article with a quick look at the current socio-political and economic situation of our country. India has seen a social and political slew along with economic stagflation (a state of high inflation along with high unemployment and stagnant demand) for the last few consecutive quarters. The inflation rate has gone up to 7.5 % beyond the comfort rate of Reserve Bank of India (RBI) fixed at 6%. Economists are suggesting the stagnation is caused by low demand. Besides this tattering economy, the socio-political scenario of the country is hot with nationwide anti-CAA and anti-NRC protests. Students have been, I guess, the most active part of the protests. Various public institutions, namely JMI and JNU, faced severe police atrocities within one month. These issues bring into limelight the same age-old debate of education and politics. India’s population pyramid depicts that the highest number of population is within the age group of 18 to 30. The curriculum wars of the societies are not separable from political nuances of it.

The issue of the role of the youth in shaping and moulding social ethos has seen a new turn altogether after the Union Government passed the Citizenship Amendment Act. The nationwide protests of students and the consistency of it challenge the notion that “Youth is unpredictable”. They might be full of enthusiasm and life with trying to achieve almost perfect dreams at times. Still, we must remember a teen girl Greta and Malala have shaken foundations across national boundaries. Youth must be considered as a political group with commendable opinions, and among them, the leader of the future needs to be found. Also, read 8 Legit Ways To Make Money Online For Students In India.

Knowledge stems from education and from understanding itself emerges a dynamic even despite poorly imparted training. When the opportunity of schooling penetrates through all the social classes, new social processes are unleashed. The students across the country have sung the peaceful song of secularism against the violence perpetrated by state machinery in these protests. They also have brought to the attention of the nation – the high unemployment rate and poorly made economic decisions like demonetisation etc. The patterns of these protests show the academic aspect of politics.

The recent upheavals took all of us by surprise that a generation incessantly tie-up with mobile and laptop screens would prove to be extremely sensitive to legal and political shifts of the nation. One thing must be noted here that political engagements and resultant atrocities only involve public institutions. In India, our system of education is very sharply divided into besieged public institutions and insulated private institutions. The private sector has concisely remained isolated from the struggles and sufferings of the former. These eminent private universities flaunt their global connections and renowned international faculties on their websites and brochures but as Mr Krishna Kumar (former director of National Council of Education Research and Training) writes “faculty fame cannot compensate for disengaged pedagogy. Advertisements of inter-disciplinary studies and critical thinking remain hollow if an institution hides cocooned behind its security”.

These private institutions are not in touch with ground realities of our nation, and their wall of safety has turned into their wall of separation. The silence of the youngsters’ inexpensive private universities regarding what is bothering so much the students of the public institutions is an often ignored con of privatisation. The all-embracing knowledge beyond classes and layers of society has failed to grow inside the shiny campuses. This clearly shows why the government must focus on maintaining good public universities in a democracy as we claim to be encouraging empathy across all social divisions. Still, it is needless to say India has neglected state-funded higher education while encouraging privatisation. Educational institutions must be protected from complete privatisation not only to make it affordable for all but also to promote an inclusive and healthy democracy. Excluding the upcoming generations from politics, negating their political opinions and denying the political role of education while mid-aged groups keep on to a seat in parliament and decide the fate of the nation might lead to an upsurge too hefty to be borne by the heads of the country.

You might also be interested in knowing about the Top 10 Facts About The Ayodhya Verdict And Where Is India Heading.

In a democracy for nation-building, alienation of students from political affairs is a huge loss. Alumni of Jawaharlal Nehru University who used to stay in university hostel told in an interview she used to share her room with a daughter of a cobbler and her roommate used to manage her expenses by giving tuition classes barely. Later on, she became established professor in a college under Delhi University. She commented that if the fee hike was done at their time, her roommate could not have been a professor. The amount of money might seem too low to be protested against the bourgeoisie of our society but for many- and the ‘many’ indicates to billions here- it is unbearable. Privatisation of educational institution as a policy of crony capitalism aims at maintains social status quo or in other words, and it tends to make the poor poorer and the rich more productive.

The students have been hated for speaking out and coming down to the streets by many of us while they were trying to save the spirit of democracy and secularism. The recovery of the health of these institutions is not easy, but neither is it recognised as a policy goal. When public education is not the priority of the nation, naturally, the justification comes in the form of saving public money in the name of opening up opportunities for all kinds of private spending. Lastly, it needs to be said that if the current turmoil and unrest intensifies in best public institutions for higher education if violence unleashed by state has poisoned the atmosphere of learning if the prejudice and disdain against the voices of youth gets even stronger, that is all the more reasons why the role of public universities in nation-building is often recalled and given due respect. JNU is not the sole or first university to be robbed of its autonomy and democratic character, but the loss is symbolic of a tremendous systematic misfortune. 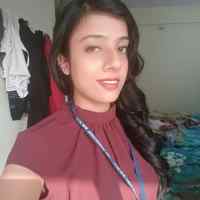