The Choice – The Modern Women 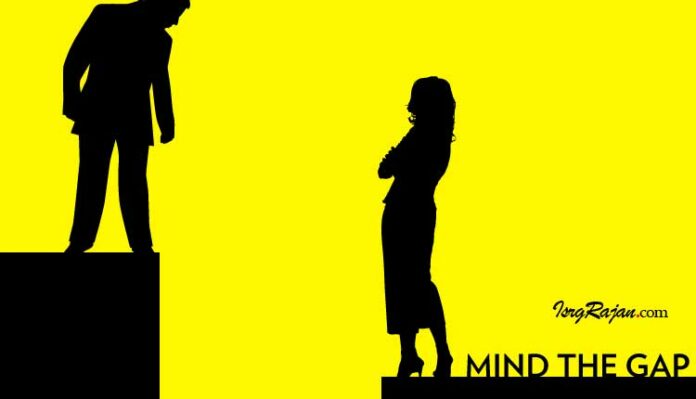 “We’ve begun to raise daughters more like sons… but few have the courage to raise our sons more like our daughters.”
-Gloria Marie Steinem

The power to make a choice is in itself self empowering. This was a simple statement, but made a deep impact in my life. I am a very stereotypical called a Weaker Gender, I am a female. If I more guy friends than girl then my character is questioned, if I choose my career over my family, I am tagged as selfish, if by mistake I imagine myself superior then the male gender than I am victimized to insult and humiliation of that degree which it will break my confidence because it is very obvious that I cannot achieve success in my workplace without pleasing a male senior and of course the reason I stay late in office is because I am having an affair with my colleague. The eve teasing I am victimized to be because of the way I dress, I actually invite them and even if I’m raped I am sure I will enjoy that and if I do not, then I can just refer my rapist as “Bhaiya” and I will be let go.

This might sound gibberish to many, but this is just a sarcastic account of my dear society ‘s mentality. These are some of my own father, professor, colleagues and of course not to forget political leader’s thoughts. I am weak, but not because of my gender, I am weak because of the society I live in, I am weak because we rather sit around showing our sympathy to a rape victim, but choose to ignore the eve teaser on the road because before leaving home for work my mother have warned me not to invite trouble. I am not angry, but rather disappointed at the way female gender is presented be it a daily soap to being in politics.

Why are we judged? Why would you ask your daughter to dress properly, but not your son to behave like a man? Not the one that beats his wife, a real man the one that treats both the gender equality and yes they do exist in flesh and blood. Why are we following the gender roles? It is completely fine for a man to cry and a woman to choose her dreams over every other thing in her life. This question can raise many answers, some positive with the view of breaking the gender bars and some even more positive asking the women to stay back at home and look after children. I hardly doubt whether it can be called that any more, I mean the television is now influencing people and that certainly is not an idiot’s work.

As we are here concerned with the equality of Indian women so I would like to focus light on some topic which is assumed to be influencing the Indian men. From the very childhood we have an idea that someday a Prince Charming will help us as we are a damsel in distress and even if we do plan on taking the world and become our own knight in shinning armor, the society is such that it will hinder our way. No matter whether it is film or daily soup everywhere the female is portrayed as the damsel in distress and the ones that decide not to do so and empower women are tagged as Female Centric film. Going by that logic then all male empowering film is a Male Centric film I believe, but now they are not given any tag. It is only the weak gender that has to survive with various tags.

My next concern and actually a very important ingredient of the film is item dance, it has been going on for ages and before the lyrics were a little sober, but now even that line has been crossed and are replaced by cheap vulgar lyrics. The girls are shown wearing cheap clothes while the boy surround her hoots at her. Now I do not have any problem after all, who am I or anyone else is to comment if the public is enjoying it and if the girls themselves have no problem then I cannot complain and that is exactly my debate we do not get to make a choice for someone else it is their own decision, we cannot say that do not do this or that it is one own choice.

Even in television we tend to only observe the negative points, there are serials which show true empowerment of women and which does not like being tagged as female centric serials. Another common believe we have been in the film or serial a boy stalker will always be the hero trying to win his girl by trying all tricks and each time the girl finally agrees to be with him we clap and cheer his action while the female when stalks the male she is considered to be a vamp, why this differentiation.

If the male hero flaunts their body, then they are appreciated for their good physic but when so ever the heroine appears with short clothes she is criticizing stating there is too much of skin show, if show why does the critic does not cut the scenes where the hero is also shirtless. If we have a financial look, then all the fees paid to the female actress is less than the one paid to the male actor, does this means that the male actor has worked extra hard for the film and the actress have given a laid back attitude. Most of the script in the film industry demands an alpha hero with a feeble heroine. My only question is even in this 2017 era why do we have to watch this discrimination? India indeed had its freedom, but the female have not yet acquired complete freedom.

My question to this society is who are you to question my dress sense? If my own parents have allowed me to wear those clothes and biggest of all, if my own conscience does not tell me that wearing such kind of dress is wrong who are you or what authority did anyone give you to cage my freedom in a way like this? How can you determine that talking with the male population have resulted in this? Who are you to judge whether my short dress is provocative or not? Have you been raped, is this from your own observation that you give me this advice or just something your grandfather have been saying. My advice to you is if you do not know keep your mouth shut. A little knowledge can be dangerous.