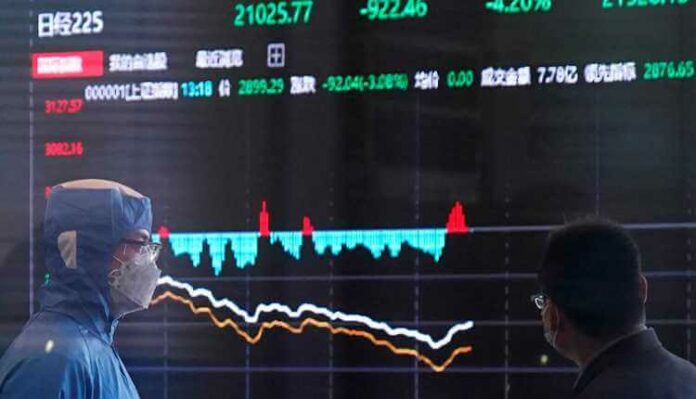 The virus has a serious impact on almost every business, work, travel and tourism, health industry, entertainment industry, food outlets, and overall on the economy.

No drug or vaccine has yet been developed for the Coronavirus. Its spread has now been declared a global crisis. Currently, the virus is not limited to China and its surrounding countries. It has spread rapidly around the world. Spread a lot in Italy. This is due to its tourism industry. Figures as of March 13, 2020, show that so far, 1,35,118 people in the world have been infected with the Coronavirus, of which 5,056 have died. About 3.7 percent of the total infected patients died. Mortality is higher in the elderly or non-elderly people suffering from other diseases, while healthy children and young patients survive 99 percent of the disease. The Spanish flu, which swept the world in 1918, killed millions. For the first time during the last drought, the world’s population fell due to this epidemic. The population of India also fell by 1.7 million as per the 1921 census due to this epidemic. India’s population has been growing over the next 100 years, and today it is estimated at 136 crores. According to the 2001 census, it was about 103 crores, and according to the last census of 2011, it was 121 crores, and in 1951 the population of India was only 36 crores. In such a densely populated India, if the Coronavirus is infected, the victim’s father will not be able to work. The disease spreads very quickly. Millions of people in India are still unaware that there are bacteria, viruses, or fungi behind every infectious disease and that these germs are thousands of types of fungi and viruses.

Coronavirus in the United States:

But one thing is for sure, the travel and tourism industry around the world has suffered the most as a result of this epidemic. Railways, bus services, airlines, hotels, restaurants, entertainment, tourist guides, travel business, are stagnating in this industry. Now the news is that shopping malls, theatres, schools, colleges have also been closed in some places. The virus is so new to humankind that it cannot be said with certainty that it will disappear in the summer. It may even be long-lived.

A shock similar to the Coronavirus has caused the world to see fuel oil prices fall below 40 dollars(per barrel). India will undoubtedly benefit from it, but that benefit will not last long. This will benefit the Government of India. Indian consumers will not benefit from this price reduction. The financial crisis hit the United States in late 2007 and 2008. In comparison to that, the Coronavirus is natural, while the reduction in fuel oil prices has been made by Saudi Arabia to suppress and subdue Russia. Russia’s economy is based on about 30 percent of crude oil prices, while the United States is not only self-sufficient in fuel oil but also exports fuel oil.

If we compare the US financial crisis in 2007-2008 with the current crisis, the following issues arise. An important point to remember is that once infectious diseases and financial crises begin, both spread at lightning speed and wreak havoc on the world.

The governments of many countries will not do so in this crisis. Only the bank will reduce the rate. If the bank rate has reached zero in many European countries, the bank rate cannot be further reduced. After all, all we can do is to pray for the better future of the world!