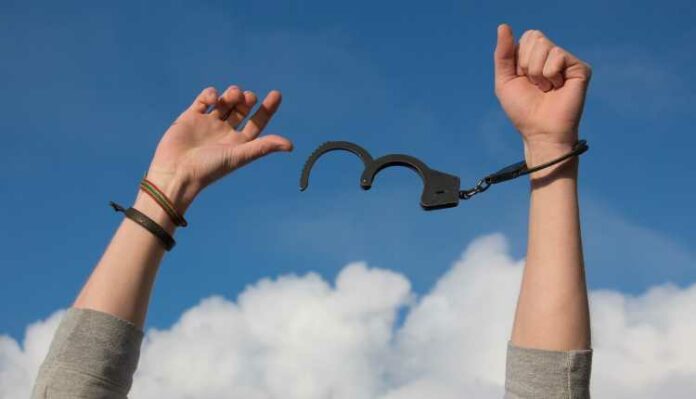 Indian Penal Code (IPC) 411 of the Indian Constitution lays down the punishment related to dishonestly keeping the stolen property or stealing and even can be applied in the case of believing that someone has stolen the property. IPC 411 is a non-bailable and cognizance offense that includes imprisonment up to 3 years or fine or both only if found guilty. Detention and arrest under IPC 411 are widespread in most of the states in India. Still, it does not mean that the person arrested or detained under IPC 411 is always guilty or has committed the offense as it could be due to revenge or in the matter of the sabotage, in fact, sometimes some people misuses this law and makes fake claims so that the second party can be arrested.

In this article, we will discuss the detained under IPC 411 with and without FIR, what are the right of a detained or arrested person, and how he or she can exercise his or her rights.

What is a non-bailable offense in India?

The definition of the non-bailable offence is defined in the fifth column of the first schedule of the Code of Criminal Procedure, also known as CrPC. In a non-bailable case, the Police do not have the right to grant bail as the rights to grant the bail is reserved by the Judicial Magistrate and the court.

Depending upon the seriousness of the case and the matter, the person who found guilty under IPC 411 subject to the punishment, which may be for three years and fine or both. In the rare case, the punishment can be extended into lifetime-imprisonment and even death. Under IPC 411, the bail can only be granted by Session Court, High Court, or Supreme Court.

Section 50 (2) of the CrPC says that “Where an arrest by the police without a warrant other than a person of a non-bailable offence should be informed about his rights that he or she can get bail and arrange sureties on his behalf.” Also, a non-bailable office may be a cognizable offence.

What is a cognizance offense in India?

Rights of the Police and when Police can arrest under IPC 411 without a warrant?

Section 41 of the Code of Criminal Procedure (CrPC) says that “when police may arrest without a warrant”: – Any police officer may arrest any person without an order from a Magistrate (ba) If police officers found that any person who has committed a cognizable offence punishable with imprisonment for a term which may extend to more than seven years whether with or without fine or with a death sentence.

What are the rights of the arrested or detained person under IPC 411?

1. Right to know the reason for the arrest

If a person arrested by the Police under Section 411 of the Indian Penal Code for the offense of dishonestly acquiring stolen property or on suspicion, then the arrested person has full right to know why is he or being arrested.

Section 41-B clause (B) says that every police officers while making an arrest shall prepare a memorandum of arrest which shall be: (I) He or she shall be attested by at least one witness who is a member of the family of the arrested person or the place where the (II) arrested person is a reputed member to be countersigned by the person arrested.

Where the clause (C) says that “arrested person has a right to have a relative or a friend named by him to be informed about his Arrest.”

2. Right to meet an advocate of his choice during the interrogation

If any person arrested by police officers under Section 411 of the IPC, then Section 41-D of the Code of Criminal Procedure (CrPC), says “an arrested person shall be entitled to meet an advocate of his choice during the interrogation, but not throughout the interrogation.”

3. Right of no unnecessary restraint

Section 49 of the Code of Criminal Procedure defines that “the person arrested shall not be subjected to longer restraints than it is necessary to prevent his escape.”

So, if a person arrested under section 411 of the IPC the police officers may not unnecessarily restraint him or her for a longer period of time.

4. Right of Health and Safety of the arrested person

Section 55-A says it is the responsibility of the police officer to take care of the health and the safety of the arrested person.

5. Right of arrested person to be taken before in charge of the police station

Section-56 of the Code of Criminal Procedure defines that “it is the duty of the police station in-charge that a person arrested under IPC 411 without a warrant shall be taken before the judicial Magistrate without unnecessary delay and subject to the provisions herein bail, take or send the person arrested before a Magistrate.

6. Right of the arrested person not to be detained for more than 24 hours

7. What should be done if a person detained for more than 24 hours under Section 411 of the IPC

8. Right to complain against bribery

If the Police arrested a person under section 411 only on the basis of suspicion and seeking a bribe to release the arrested person, while the family of the arrested person can complain by giving an application to the Senior Superintendent of Police, but the complaint should be correct and should not be filed or claimed falsely.

9. Rights of the arrested person in case the investigation could not be completed in 24 hours

Section 167 of the CrPC says, “Procedure when investigation cannot be completed in 24 hours, then the police cannot keep any person in custody for more than 15 days, but that too with the permission of the magistrate.” Also, in the cases when the Police cannot investigate further than the Police have no right to keep the person in custody without permission from the Magistrate.

10. Right to release of an arrested person when evidence is deficient

Police have the right to release when investigation officers find that there is no sufficient evidence or reasonable ground to justify.

11. Right of anticipatory bail under section 411 of the IPC

When the officer of the police station feels that there is no sufficient evidence to send the accused to the Magistrate, then he has to release the arrested person with our without security.

Also, when any person alleges that, “He is being falsely prosecuted or falsely implicated, then that person can apply for anticipatory bail from the Sessions Court and High Court under Section 438 of the Code of Criminal Procedure” where Only High court and the Session has the right to give anticipatory bail.

If a case under section 411 of IPC was lodged against a person while the person believes that the FIR was filed falsely and if the person is in danger of arrest, then that person can seek to stay on the process under Section 482 CrPC in the High Court while if the court grants stay, then the Police cannot arrest the person.

If a person has been falsely implicated under Section 411 of the Indian Penal Code, then the aggrieved person may file a writ petition in the High Court under section 482 of the Code of Criminal Procedure to quash the First Information Report, and if it has been falsely implicated as per the circumstances, then he or she can get relief from the High Court.

If a person has been falsely implicated under section 411 IPC and there is no independent evidence or witness against that person, then the person can request for re-investigation by writing an application to the Senior Superintendent of Police and the Director of Police. While if the person found innocent in the investigation, then the person’s name will be removed from the charge sheet by the Police, and no sue is issued.