The Road from Nationalization to Privatization 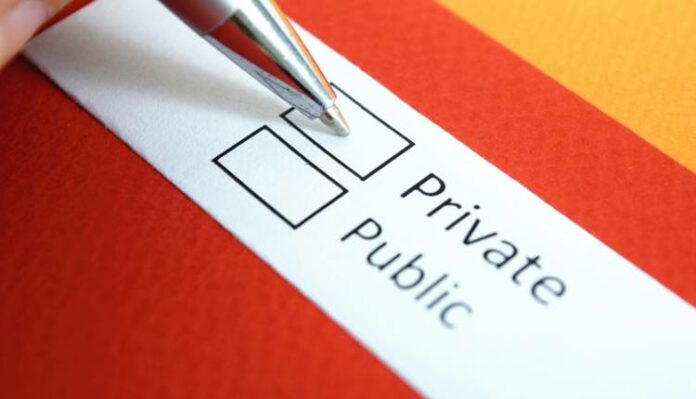 A country’s economy, GDP, employment, development etc., depends on effective usage of the public and private sector. There is a need to evaluate the privatization vs nationalization sector efficiency and responsiveness in today’s world.

Privatization is a method of transferring ownership, company or business from the public sector to the private sector wherein the private parties hold greater government shares. It appears to be a factor in the quest for growth.

Various political systems have adopted privatization that played a key role in spreading it across the world.

On the other hand, nationalization deal with the companies, banks etc., in which the government holds a larger share.

The timeline of Nationalization

According to ES20 (economic survey 20), however, after 2013, PSBs’ credit growth has decreased, which led to a decrease in GDP growth. There have been a lot of non-Performing assets / bad loans reported from PSB.

Moreover, as PSB staff’s salary does not depend on the bank’s profitability, Employee unions frequently engage in strikes.

They are subjected to the Right to Information (RTI) act, Central Vigilance Commission (CVC), media etc. Also, the officials fear harassment. So, they prefer to stay safe and avoid innovation.

It was also noted that in 2019 Global top 100 banks– China (18 banks), the USA (12 Banks) and so on. India had only 1 bank: SBI at rank 55. Even Singapore and Sweden, where the economic size is much smaller than India, had more global banks than India.

Despite all, the public sector has played a major role in developing the economy of India, for example – the Green Revolution, White Revolution etc. Moreover, it had helped to develop huge employment for the youth as well as provided infrastructure.

Even the insurance and bank sectors flourished at great heights due to nationalization creating a self-reliant economy.

Our former prime minister, Manmohan Singh had admitted that because of strong public sector of Indian economy, it survived the global meltdown in 2008.

Hence, it is noticeable that the public sector is vital for our economy.

The consolidation of PSB is done by either merging them or privatizing them.

After this process is over, there will be only 12 PSB left.

It will benefit by reducing the cost of business, leading to better lending & deposit rates. These bigger banks can even expand business at the global level.

Winston Churchill, The Prime Minister of the United Kingdom from 1940 to 1945, nearing the end of the Second World War, famously said, Never let a good crisis go to waste.

Today, his words seem to resonate with every government attempting to arise a new world in the wake of Covid-19. With the introduction of the ‘Atmanirbhar’ (‘Self-Reliant’ movement), the Government of India has made a most significant effort turning adversity into opportunity. Among all the other objectives, the move to open gates for the private sector to attract foreign investments, even in insurance companies raising the limit for 49% to 74% and promote robust growth, is for reviving the economy.

To make India a global investment hub, the insurance sector is likely to be classified as a strategic sector by the government under the new privatization policy. As the insurance industry had a significant impact on the overall financial growth of the economy, greater participation of the private sector can infuse technology, innovation and best management practices while enhancing the role of these companies towards economic growth.

Even in developed countries, regulators do not encourage the entry of large corporates in the banking sector mainly for the apprehensions about governance and financial stability.

Ansha Shokeen
I am an avid reader who is always curious about the world and its happenings.