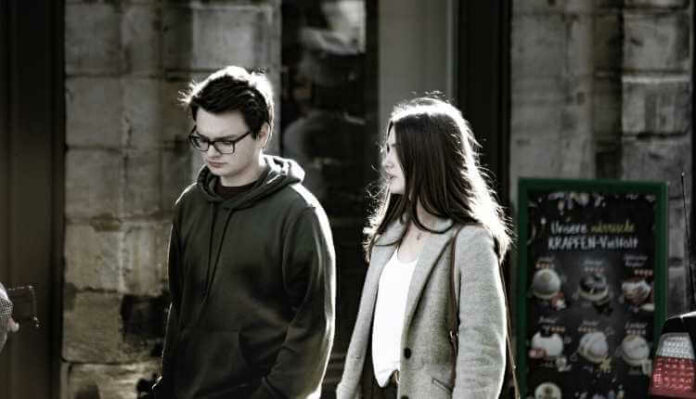 Human beings are the most crucial and beautiful creation of God that differentiates them from the other creations. With this, human beings always find themselves superior to all. With the change in time, man has learned to adapt according to the environment, atmosphere, and culture depending upon the situation’s needs. They make new relationships, contacts, and acquaintances. Simultaneously they fall into family and friendship matters, marriages, children, etc. This is how the journey of life starts and ends accordingly.

Importance of Relationships in Our Life:

Human beings possess different emotions and values in their lives. People generally need relationships in various forms to feel secured and protected. Mother, father, brother, sister, husband, wife, children, grandparents, friends, and colleagues are all related to each other in one way or another. Relationships give us the protection and warmth of being one. The growth of each tie depends on the quality of the emotional bondings. The stronger is the feelings and respect for others, the healthier the relationship. In other terms, relations are the backbone of an individual’s life. It is how an individual maintains this bond in a fruitful way or terms of healthy or unhealthy relationships.

Change in relations with the time shift:

We human beings possess different feelings for everyone. There was a time when everything depended upon love and care. People use to have a unique sense of responsibility and respect for each other in their family. The collective time spent together talking, working, gossiping, playing was something far away from the giant hands of the modern world full of technologies and innovations. Everything was handmade with hard work and toil, and so was the relation. This value of relationships kept on deteriorating with the change of time and status of human beings. The more the individual grows in terms of science and technology, the more they are confined to the ruthless world of change. This scientific development made humans more and more luxury and growth-oriented. Humans started thinking of themselves and became selfish to meet their needs. They started disrespecting their relations with others and slowly and gradually followed materialistic and glossy lifestyles. What was gold is now gold plated, and the result of this is that materialism has spread its jaws everywhere, leaving nothing but emptiness and hollowness within man to man?

With technological progress, humans have found comfort in everything. Starting from the journey of letters and telegrams to pagers, mobile phones, laptops, computers, tabs, etc. Humans have seen massive transformations. 2G, 3G, 4G, 5G, and so on, this development has made everything very near and within reach of every human being. On one side, people are getting interconnected but simultaneously making the gap of relations and values broader and broader.

Following are the examples of these transformations both in positive and negative aspects:

It’s rightly said that human beings are God’s supreme creation. But humans never gave respect and value to the composition rather;, they challenged it for their sake and interests. The valueless relations are monetary based and confined to duties with a lack of respect and moral obligations. Children are not safe, and so are the women. The harsh reality of dishonour and disrespect showed not only in society but also in the family itself, making men fear the other. Enmity, hatred, disloyalty are all live examples of the modern world. The condition is still deteriorating.

Human beings live in a fantasy world that is deprived of peace and contentment. People come and go in life, and so is the need according to the time and necessity. People live a fake life of illusions beyond reality, and that illusions never allow them to sleep properly, eat properly, or live life properly. People are more worried to please others to maintain social standards even though they don’t have anything for themselves.

Life is an Optical Illusion:

The difference between the scientific illusion and social illusion is the optical illusion which life offers. Human beings are never satisfied with their lust and hunger for power and pride. This involves disrespecting parents who feel proud of their well-settled kids, but their kids are never there for their time of need. Rapes, murders, honour killings are all forms of standards made by men to maintain the fake world of illusion. This is the exact reality of life left to live in the modernist world.

Clothes are getting shorter, and so are the values of men. The sexual exploitation of women is an open crime. The society where small mentalities are not blamed but the women being murdered or raped are openly challenged.

Humans have found luxury in a single click of a button. The way people are increasing everything is on sale even water and air are not free now. People take pride in being called branded but are shallow from the inside. Life is full of meaninglessness, and every single happiness is paid in the form of a price. The society of illusions offers fantasy and glitters, hiding the pain and suffering of the people in real life.

Keto diets and zero figures with health supplements and tablets are fine, then eating healthy and right. As the more nicely dressed up the body is, the more likes and comments it can fetch.

And many such things express a lack of contentment and satisfaction.

The modern world and its reality are vast and confusing. The chains of hatred and envy have bound everyone to think and act smart and right. All are running onto the path of values but without moral scene and security. It’s the society itself that is making monsters out of the humans. There is a need to show gratitude and thankfulness with the right dose of love and care for the relations one has.

People come and go, and this journey will never end; what is left is the moral values one holds for the other. Suicides, killings, and deaths are prevalent as people are not aware of their heart desires. Depressing states of mind are more than happy faces.

So please choose the best time and thank the almighty for everything one has. Respect and honour the relations and spare time for the valuable moments. Shower love everywhere, and one can see life is charming.

“Live and relive the moments” is the best medicine for a happy life.