The UGC Scale and its Fallacious schemes of Salary distribution 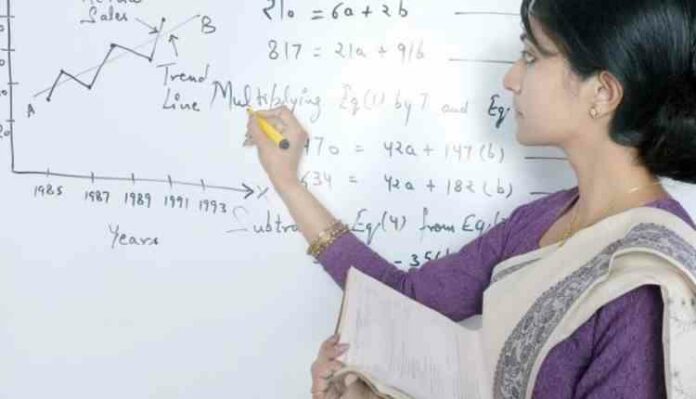 The British University Grant Commission was first formed in 1945 to oversee the work of the three Central Universities of Aligarh, Banaras and New Delhi. Its responsibility was extended in 1947 to cover all Indian universities.

After the Independence, independent India in August 1949 made a recommendation to reconstitute the UGC along similar lines to the University Grant Commission Committee of the United Kingdom. This was done because as described earlier, the UGC was controlled by British India then. This recommendation was made by the University Education Commission of 1948-1949 which was set up under the chairmanship of Dr Sarvapalli Radhakrishna to report on Indian university education and suggest improvements

To streamline the handling and the affairs of the UGC, In 1952 the government decided that all grants to universities and higher learning institutions should be handled by the UGC. Subsequently, an inauguration was held on 28 December 1953 by Maulana Abul Kalam Azad, the Minister of Education, Natural Resources and Scientific Research

UGC even after we got our Independence and even so many different proposals that were made, surprisingly is modelled after University Grants Committee of United Kingdom, which was an advisory committee of the British government and advised on the distribution of grant funding amongst the British universities. The committee was in existence from 1919 until 1989.

The principal role of the UGC-:

The UGC in Indian takes a full account of the Universities that are covered under it and that in which it has to play a major role in terms of stabilising the affair of the studies and researches at India, examine the amount of money that is spent on the development of the labs, and the research entity under its wing, conduct study tours, distribute the money on the students doing their studies of doctorates, upgrading the system of quality education, and research analysis, developing the buildings and strengthening the libraries of the ones which are termed as the Central Government libraries, and upgrading the systems of distribution of the funds to the various University to develop their infrastructure as well as not to mention the least decide on the pay scale that ought to be paid to the University Professor’s and Lecturers.

raised this point in the parliament and had a prolonged discussion on it. He was asked to rebut and talk on the plus points of the working system of the University that were directly under the control of Central Government. Mr Vajapayee spared no effort, and he spoke on this subject for about six hours on a special session called for it by Mrs Gandhi.

The focal point was that Indian Universities were following the old laid back rules for everything and he made it very thunderous saying that this kind of a country was spending only 1.5% of its outlay of national budget on education, child welfare and development and Women’s development which is a serious crime beside what it could be considered as a national joke. It was thus for the first time that India and the Indian Government thought of very seriously implementing the Central Government pay scale to those who were in the teaching role of the University and the Colleges that were directly under the rule of the Central Government

1986: The UGC pay scale was implemented on a full scale to the UGC, and it’s an employee

It was in 1986 when for the first time a unanimous and a national level of pay scale that was envisaged by the Central Government was IMPLEMENTED IN THE PAY SCALE SYSTEM OF THE UGC There were many steps taken to rationalize the UGC and many reforms were introduced in terms of the retirement age, the allowances for the Professors and the Lecturers etc to draw the loans etc for their house building, vehicle loans etc to name a few Thus it was in 1988 when it was fully seen that the UGC and it’s employees were on the same platform as the others who were directly serving the Central Government This was made to attract more and more people to the field of education and to make education as a greenfield to choose and built a career for

Private Aided Colleges brought under the UGC system of payment

1996 could be the year when once again, the Government made a full-scale study of the education system. It found out that there were a few private institutions which had made a tremendous name for themselves in the field of education. The Government shortlisted a few of these famed educational institutions and in 1998 when Mr Vajapayee took the Government, and it’s controlled under his hand, he saw to that those who were in the field of education especially in those colleges which were under the University that were following the UGC system of education that UGC had envisaged to them, some of the teaching Lecturers and the Professors of such colleges were directly put under the UGC pay scale. This really had turned the system and the vision of education from a position of being a field where there was no green grass to the field where one could feel that the grass was much greener in the field of Education This set the benchmark.

Lacunae: The receivables of the payment ought to change

The system of payment of the UGC scale in the private aided colleges was made in a manner that was, and that is still now a crux. The money for the salary and the payment comes from the UGC, and it’s treasure to the respective treasure of the state government. The State Government passes this money from its treasure to the treasure of the respective Education department, i.e. the Ministry Of Education of the State Government. The Ministry of Education then sends it to the

respective private aided colleges, and from there the salary is credited to the respective account of the ones who are the beneficiaries. This is where the system has failed, and this is the lacunae.

Absurdity and obstinism of the State Government

In many a state and mostly in the Southern and the Northern part of this country the money that came in as a salary from the UGC to the respective State Government to be paid to the private aided institutions that are engaged in teaching was used for some other purpose. There are many an incident where this money was diverted and spent on the elections, and it’s funding. The situation still persists.

There are umpteen cases in various part of this country that the salary of the UGC to the teaching staff is lagging behind for the period of three months at the minimum to six months as well in maximum. In other word, the salary of July 2019 that ought to be paid might be paid in September or October, and the salary of March 2019 has been paid to these employees in July 2019. That really tells the pains without the gains for these teaching staff. Some have gone to the extent of putting the case in the Court, and some have written piles and piles of letters to the Hon’ble Prime Minister, but nothing has happened so far.

The only remedy left to make it better and fine completely and to remove the red-tapes is illustrated as under-:

2 Particulars like the age, DOB, date of joining the institution, date from when the UGC scale was received by them, total years of service in the same college, the seniority, the first scale drawn in terms of the salary of the UGC, the present scale drawn, the bank particulars, the College/ institution Employee Code number and some of such particulars may be received from such teachers/ Professors and the Lectures.

3 Three forms with these particulars along with the recent passport size photographs, may be given to thee employees to fill in. A copy of that ought to be maintained by the respective Colleges/institutions, another copy of it may be endorsed by these colleges / Institutions and may be handed over to the teachers/Lecturers/Professors/ etc. for them to maintain their record and the original copy could be sent to the UGC through the Ministry of Human Resources, ie the Education Ministry of the UGC

This really would be a BLESSING in DISGUISE for those who are taking the pain to make and create the Engineers, the Doctors, the Scientists and many others that would go in a long manner and a long way to build the nation

Payment of the discount of gas cylinders is being made by the present Central Government in a similar manner. The beneficiaries have been a whole lot of the people of India. That has really helped the Government in a measurable manner to win the 2019 election

This if some the entire educational teaching staff and its employee will not only be benefitted but this would be the first of such of any kind of revolution in the sector of education in the private aided colleges, and this will go in a long way to rehabilitate the hopes of those whose hopes have been cashed by the respective State Government, and it’s fallacious method of distributing the salary to these kinds of employees who are paid under the principles of private aided colleges when it comes to their salary payments

A person drawing his salary for the month of January in the month of April is a dead man moving without anything in terms of life. Let that be made clear

The Modi Government 2.0 has to make it safe and dear That is the requirement and the order for the day